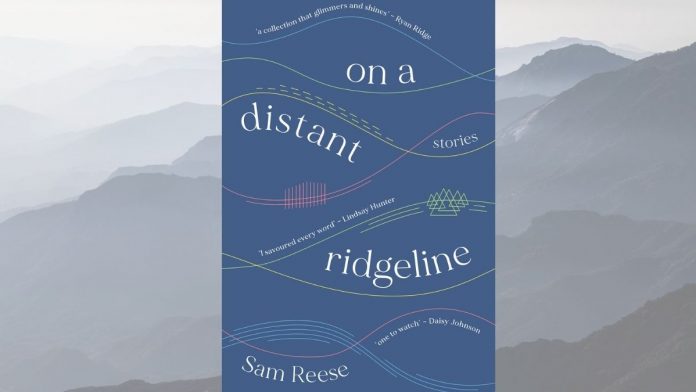 Sam Reese returns to the page with the release of his second collection, ‘on a distant ridgeline’, a collection of beautifully interwoven individual narratives which throughout are connected by the overarching theme of human connection and how relationships change and adapt a story. The beauty of Reese’s work is that throughout his collection each tale can stand on its own as a great short story, as every single one of his stories are packed to the brim with terrific writing and vivid imagery. However, it’s as a collective that Reese’s work truly shines, as these pieces come together to make something spectacular.

For the unaware Sam Reese is a very well-received author in the literary community, not only due to his previous work in the field but to him having received multiple awards for his work as a critic. Reese is also a very interesting individual, due to him being extremely well-traveled, and using these aspects of his life has channeled his experiences directly into his work with his stories being representative of the people and experiences he has witnessed on his many travels.

Sam Reese’s second collection of stories arrives with massive expectations around the literary community following the success of his debut collection ‘Come the tide’, as the first was extremely well received and reviewed by critics and this has therefore led to a great buzz for his latest release.

‘on a distant ridgeline’ is an incredibly interesting read, as through his writings Reese attempts to analyse and critique human connection and the relationship held between individuals. Reese does this through analysing a variety of different relationships of different scales, from relevantly commonplace human interaction between two strangers to close and well knit personal bonds between friends and of course discussing the connection felt between family and how we bond with our own flesh and blood.

His analysis of these characters’ relationships is extremely raw and emotional, focusing on relatable subjects with which a large majority of readers will easily identify. The collection also features a wide variety of characters, as his stories feature people who are; afraid of what life has put in front of him, people who are inherently flawed, and people who are struggling to find who they are. These subjects are dealt with within a slow and descriptive manner, with each and every moment filled with rich details.

Overall, ‘on a distant ridgeline’ is a collection which is a sensational read, in which I savoured every word. The stories are extremely easy to read, and from beginning to end, are gripping. The collection overall is fantastic, and something I would thoroughly recommend, as the stories in which Reese weaves not only brings vibrancy into the commonly bland subject matter but manages to craft stories that relate with the reader. I would recommend this collection fully, and I may even go as far as saying this is a must-read for literary lovers.

‘on a distant ridgeline’ by Sam Reese is out on the 14th September, published by Platypus Press.