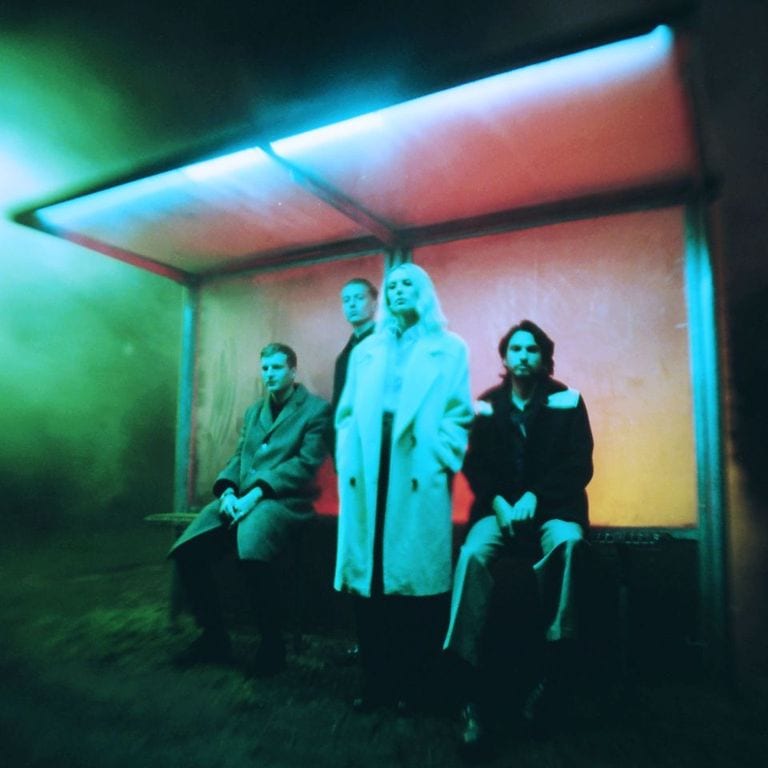 Wolf Alice knew what they were doing when they decided to kick off Blue Weekend with the query—murmured in hushed tones—“when will we three meet again, in thunder, lightning, in rain?”

With the release of their unparalleled 2015 debut My Love Is Cool, and its 2017 follow-up Visions Of A Life, the London four-piece established themselves as unassailable masters of an inimitable brand of indie rock. Power, sincerity, and spirited chaos beautifully doused in synth and glitter, their sound is invigoratingly not-of-this-world. It’s a little bit alien, a little angelic, and more than a little magical too.

So, by immediately invoking the witches from Shakespeare’s tragedy Macbeth, the band tells us that this aspect of their music hasn’t gone anywhere. As well they might—because, with the advent of Blue Weekend, some other aspects of it certainly have.

Wolf Alice spent previous albums cavorting between otherworldly ambient fuzz and viciously rhythmic punk bangers. But their third release spends rather a lot of time on just the first half of that equation. In fact, where My Love Is Cool and Visions Of A Life were more-or-less equally split between the croon and the caterwaul, Blue Weekend features just one song—‘Play the Greatest Hits’—that can really be considered punk or punk-adjacent in the same vein as past tunes ‘Moaning Lisa Smile’ or ‘Yuk Foo.’ And it may not bode fantastically well for the band’s new direction that it’s probably the best song on the album.

In a way, Blue Weekend feels like the band applying their unique songwriting style to genres beyond the scope of their first releases. Track two, ‘Delicious Things,’ has hints of Lana Del Ray, both lyrically and sonically —“would you believe I’m in Los Angeles?” asks dumbstruck singer Ellie Rowsell. ‘Safe From Heartbreak (if you never fall in love),’ with its complex, folksy vocal arrangements, sounds like something from The Staves’ back catalogue (of course, while The Staves employ three different singers to harmonise organically, Wolf Alice boast just one—Rowsell’s voice is repeatedly layered over the top of itself, the simultaneous delivery of multiple vocal parts being a prime example of the band’s knack for songs with a sweetly ethereal edge). There’s even something of the ’80s power ballad about the song ‘How Can I Make It OK’ from the album’s mid-point.

It’s a bit of an experiment, and some of it is incredible. But the overall results are mixed. Some tracks work better than others; the album’s first single ‘The Last Man On Earth’ is a touching and intimate baring of the soul, whereas track eight, ‘Feeling Myself’, feels almost forced by comparison. It’s Wolf-Alice-by-numbers, a muted effort whose eventual launch into a full-bodied ambient swell can’t quite match the emotive force found in other songs by the band that follow that same classic ‘hushed-to-explosive’ structure.

If, like me, you love the angst, the adrenaline, and the sheer terrifying power that has been present on past Wolf Alice offerings, you might find this release a little disappointing. But only a little. Blue Weekend is a slow burner, more of a gradual crescendo than an instant hit. And it’s not like it never pays off; closer ‘The Beach II’ is breathtakingly gorgeous—perhaps one of the greatest songs the band has ever written—but without the build-up of the forty-odd minutes that precede it, it just wouldn’t hit in the same way.

What this means is that Blue Weekend is the kind of album that requires a lot of attention. No, it’s not the pinnacle of the band’s career. But if you’re happy vibing to a somewhat slower pace, you’ll still find it has plenty to offer.

Blue Weekend is out today (4 June)