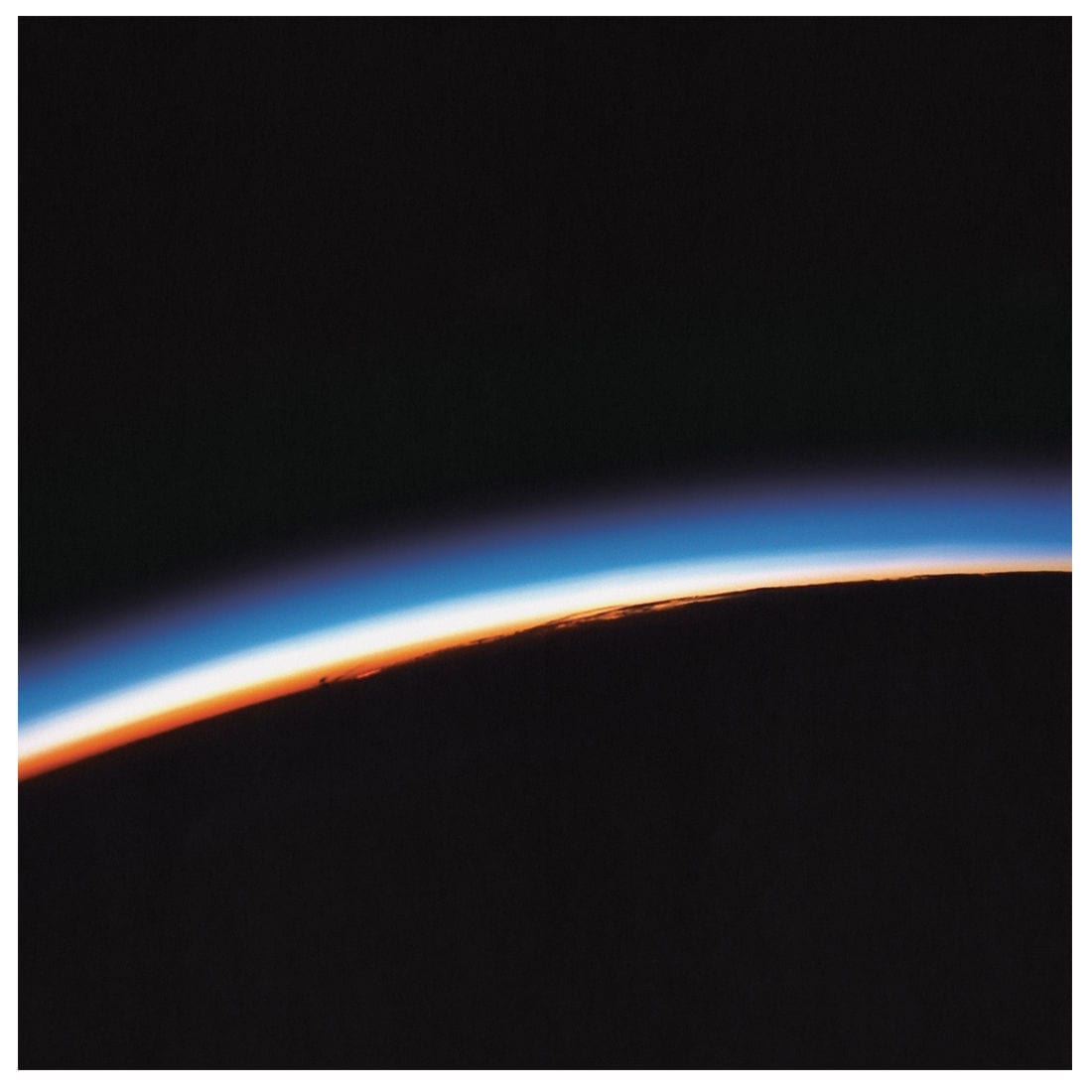 2016 sees the return of many bands, and here we have the sixth studio album Curve Of The Earth, by Mystery Jets. This came as the first new taste of music since the release of the Americana influenced Radlands, back in 2012.

Curve Of The Earth opens with ‘Telomere’; with an electronic opening to the album and the song, straight away a new style and side of the band has been introduced. This is a side which seems them embracing the psychedelic and left field aspects to their sound. ‘Telomere’, with a soaring melody behind the strong lead vocal, creates an epic expanse of scenery – fitting for the album art work. As the album slips into ‘Bombay Blues’ the beloved Indie rock pop returns. With the vocals at the forefront, the track feels reminiscent of ‘Serotonin’ but in a older, darker manner. The rebellious nature of the lyrics, “Don’t say there’s nothing I can do, If that’s what you wanna believe” shows a rejection of what is meant to be, of leaving others to themselves rather than fighting to change someone.

‘Midnight Mirrors’ announces – with no apologies – the intentions of Mystery Jets. It echoes styling from Tame Impala and Albert Hammond Jr, whilst adding a rougher edge with the deep rolling vocals drawn over the hypnotic haze of melody. Mystery Jets have every intention of returning to the music scene with everything they have. This song the flows into ‘1985’, where a powerful atmosphere is built through the use of organs through the background. This is necessary for the song which embraces a nostalgic feeling through the wistful vocals of, “return us back to 1985 / When we was just a spark in two young star-crossed lovers’ eyes”. As ‘Saturnine’ chimes in with a vocal harmony which is reminiscent of 60’s Pink Floyd, this switches quickly to a modern take on the psychedelic of hazy memories and ideas of people: “I come towards you but you seem so far away.” This song embraces the perfect melding of the vocals, melody and idea to create an atmospheric penultimate track to the album.

The final track of the album, ‘The End Up’ keeps the nostalgic haze, however on this track a sense of looking forward washes over the listener with the slower paced: “Won’t it be strange to see how we change? When we’re all grown up.” This track accepts the idea of change and how you may not always get what you want. The melody in this track takes a backseat to the vocals and lyrics, supporting rather than taking the limelight. ‘The End Up’ leaves an interesting question of what direction the band will go in next.

Overall Curve Of The Earth leaves the Americana styles of Radlands behind and leaps forward with psychedelic dream pop, all the while embracing the band’s indie-rock pop roots. This is an album to become immersed in, for everyday life, or those nostalgic and contemplative moments.