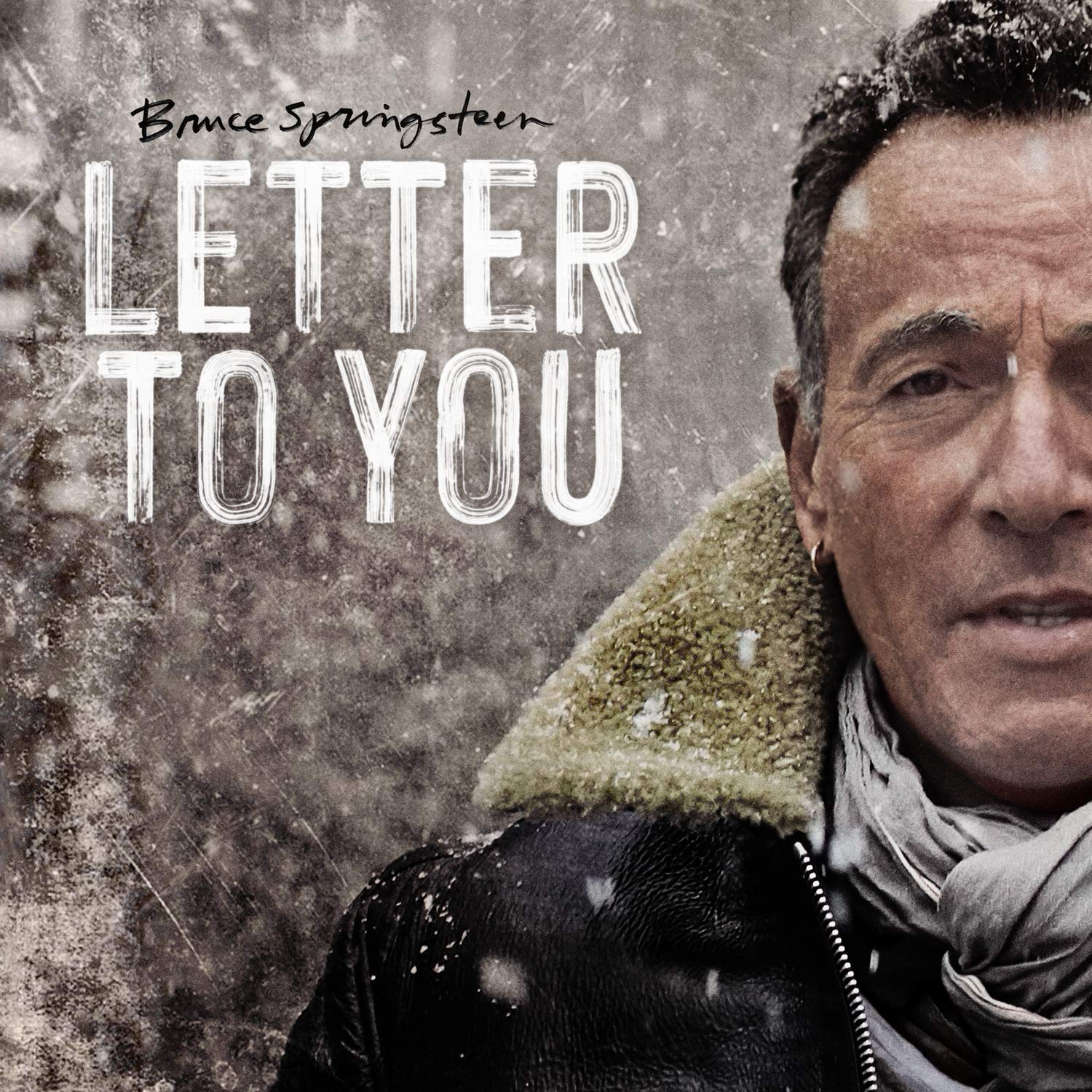 Bruce Springsteen has been part of the soundtrack to my life since my teenage years. While the experience of seeing Springsteen live never disappoints, album releases have often failed to meet expectations. In the past thirty years, only 2002’s The Rising and 2019’s Western Stars have stopped me returning to the nostalgia of the earlier Springsteen catalogue. With his twentieth studio album, Letter To You, Springsteen reunites the E Street Band. Once again, expectations are high. Will I once again be yearning for nostalgia?

Springsteen has based much of his career on this ability to evoke nostalgia in his audience, from detailed stories filled with fictional characters in familiar places to wistful accounts of his own life in his Springsteen on Broadway residency. At 71, we see Springsteen focus on a different form of nostalgia. This is an introspective study of his own story and mortality. Springsteen has said that, “the impetus for a lot of the material was the loss of my good friend George Theiss,” which left him as the sole survivor of his first band, The Castiles. Those emotions are laid out in the track ‘Last Man Standing’ but the entire album feels heartfelt. Falling as it does in a year, tinged with sentimentality and reflections on life, it carries an undercurrent of emotion despite the largely bombastic sound of the E Street Band.

The album opens in an understated manner with the gentle ‘One Minute You’re Here’ as acoustic guitar and piano underpin the track. The lyrics ‘One minute you are here, next minute you are gone’ set the theme. Having such a subtle but raw opener for what is supposed to be a full E Street Band album is unusual but a masterstroke, drawing attention from the off.

From that point on, the band enter stage right and we never look back. The title track and rousing lead single,‘‘Letter To You‘, kick things off with the E Street Band in full flow. It is all here: the thunder of Weinberg’s drums, the solid foundations of Tallent’s bass, the guitar licks of Van Zandt and Lofgren and the familiar strains of Bittan’s piano. We even have Giordano bringing in the haunting organ. The song doesn’t hit the dizzy heights of Springsteen at his peak but it puts down a fantastic marker. Springsteen has said that the album tracks were laid down as a live studio performance without overdubs. What ‘Letter To You’ highlights is a band at the peak of its game. It sounds fresh, fun and live.

When the album listing was announced, it was confirmed that three tracks ‘Janey Needs A Shooter’, ‘If I Was The Priest’ and ‘Song For Orphans’ would be recordings of songs that were 50 years old. At that point I groaned, imagining the hotchpotch of 2014’s High Hopes – a collection of outtakes, covers and new tracks. My fears were misguided. ‘Janey’ may have been written by a Springsteen in his twenties but tonally it fits right in with the reflective vision of this album. Sonically, it is right out of Born to Run and from the opening organ we are swept into classic Springsteen storytelling. There is so much going on in this song. Guitars duel above interchanging organ and piano whilst the heavy drum beat acts as referee. It maybe five decades old but this song, all (almost) seven minutes of it, deserves to be heard.

‘If I Was The Priest’, another seven minute track, is Dylanesque in tone and full of the richness of the storytelling of early Springsteen. It is hard not feel a lump in your throat as the remaining members of the E Street Band harmonise on the chorus. Bruce even sounds like the young man from when the song was penned. ‘Song for Orphans’ is a rambling story sang with a gravelly tone and interspersed with harmonica. It may not have the strength of the other two ‘oldies’, but it is a great reminder of Springsteen the street poet, “Now don’t you grow on empty legends or lonely cradle songs”, and a fitting inclusion.

While the nostalgia trip pulls at the heartstrings of a Springsteen fan, the test of the strength of Letter To You is its new tracks. Even the new songs draw on sentimentality. ’Last Man Standing’ speaks of “faded pictures in an old scrapbook” and holds its own in the canon of modern Springsteen tracks. It is helped by the flawless saxophone of Jake Clemons and that Bittan piano again. ‘Ghosts’ starts like it is about to burst into ‘Cadillac Ranch’ with the guitar intro and swerves into an epic anthem devoted to visitations by long long friends and how “I need, need you by my side / Your love and I’m alive”. With the familiar “one, two, three four” countdown acting as bridge, you can envisage this as fan favourite and a live set closer.

If there is a flaw to be found in Letter To You, it is the lack of an obvious hit. For me, ‘House Of A Thousand Guitars’ comes closest: “Wake in search of the lost chord that’ll band us together for as long as there’s stars.” Largely accompanied by piano the song soars but still feels poignant. I particularly like how the opening segment reminds me of my favourite Springsteen track ‘Thunder Road’ before the drums and guitars kick in. For those who think Springsteen may have lost his political edge, the less-than-subtle line “The criminal clown has stolen the throne” is timely ahead of the US presidential election.

The album closes with ‘I’ll See You In My Dreams’. The uptempo track could be straight from Born To Run. It showcases the E Street Band at its finest with the bar band atmosphere at the fore. At the end of an album paying tribute to lost friends, and touching on his own mortality, Springsteen sings “For death is not the end and I’ll see you in my dreams.” If anything, the track closes the nostalgia trip with a man at peace with where he is today.

For a Springsteen fan, Letter To You, doesn’t have me yearning for nostalgic tracks but brings nostalgia to me. It really does feel like a personal letter and is Springsteen’s finest body of work in twenty years.