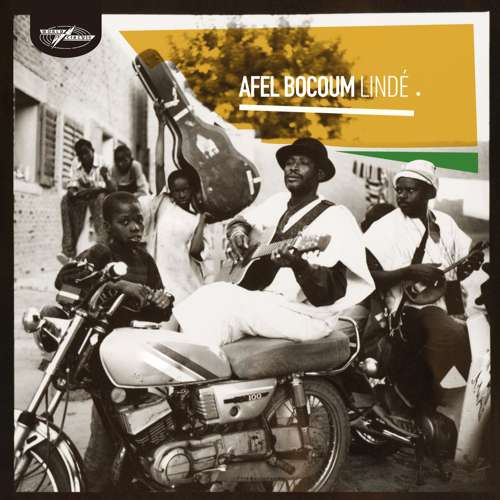 It has been twenty-one years since the release of Alkibar, Afel Bocoum’s wandering debut so titled to mean ‘messenger of the great river’. Those two decades have seen Bocoum’s Mali transform from a fledgeling democracy into a warzone and back. And now, as of summer 2020, the country awaits the resolution of its recent coup, with a new president to be named by 15 September. Released last Friday, Bocoum’s fourth album reflects a very different environment to the one in which he started his career.

Mentored by the late, great Ali Farka Touré, Afel Boucoum’s music follows a familiar pattern that has defined Mali’s musical export since the late 1980s. Both find the roots of their music in the precarious bottleneck of the country along the banks of the Niger River. Both demonstrate a willingness to stretch out into American Blues and European-style production. And between these two competing origin stories, the artists have imagined a new era of Malian folk in the creation and holding onto of a sound recognised the world over for its unique cool and confidence.

If Touré developed the sound, Bocoum has had enough time to master it. Eleven years since his last, Lindé seems to have come at the right time; an album released in September 2020 is sure to draw attention to an under-reported corner of the world at a crucial moment. And with returning support from Damon Albarn (Blur, Gorillaz) and record producer Nick Gold (Ali Farka Touré, Fatoumata Diawara, Buena Vista Social Club), the latest record has all the makings of a hit. Online, the LP can be purchased with a four page insert translating the lyrics into European languages. Sanctions may have closed Mali’s borders to trade, but Lindé was seemingly designed to be heard by the outside world.

Amid the escalation, Boucoum’s press release acknowledges the call for “hope, solidarity and unity” in the face of an “uncertain and troubling world”, yet the album strikes a diplomatic balance between political messaging and personal reflection. Avoiding getting sucked into debate, the artist instead says: “Malian culture doesn’t recognise divisive expressions such as: ‘northerner’, ‘southerner’, ‘black’ and ‘white’. Let’s just say ‘Malian’, full stop. Social cohesion is our social security. […] If we’re not united, I can see no solution. Our social security is music. That’s all we’ve got left. People love music, so we have to make use of that fact.”

Boucoum’s desire to branch out beyond the sparseness of the Sahel ultimately pays dividends in an album preaching unity. Instrumentally, the record reflects the diversity of Malian creative tradition while also embracing the richness of European brass and strings. Tracks like ‘Bombolo Liilo’ show the artist at his best, winding around previously unexplored genres with free-flowing energy and charisma. Though instrumental delicacy and precision is key to the record’s draw, it manages to feel relaxed, effortless and wholly convinced of its new outward-facing direction.

Consider the significance of ‘Alkibar’ for an artist whose place is in the recovery of a historic nation brought together and divided along its great river. As we roll into September, Lindé makes palatable the rear end of an ugly year, falling back on familiarity while also finding the confidence to innovate and look forward. A warm and varied album, Lindé achieves all it sets out to do, unifying the disparate around a single new optimistic identity.