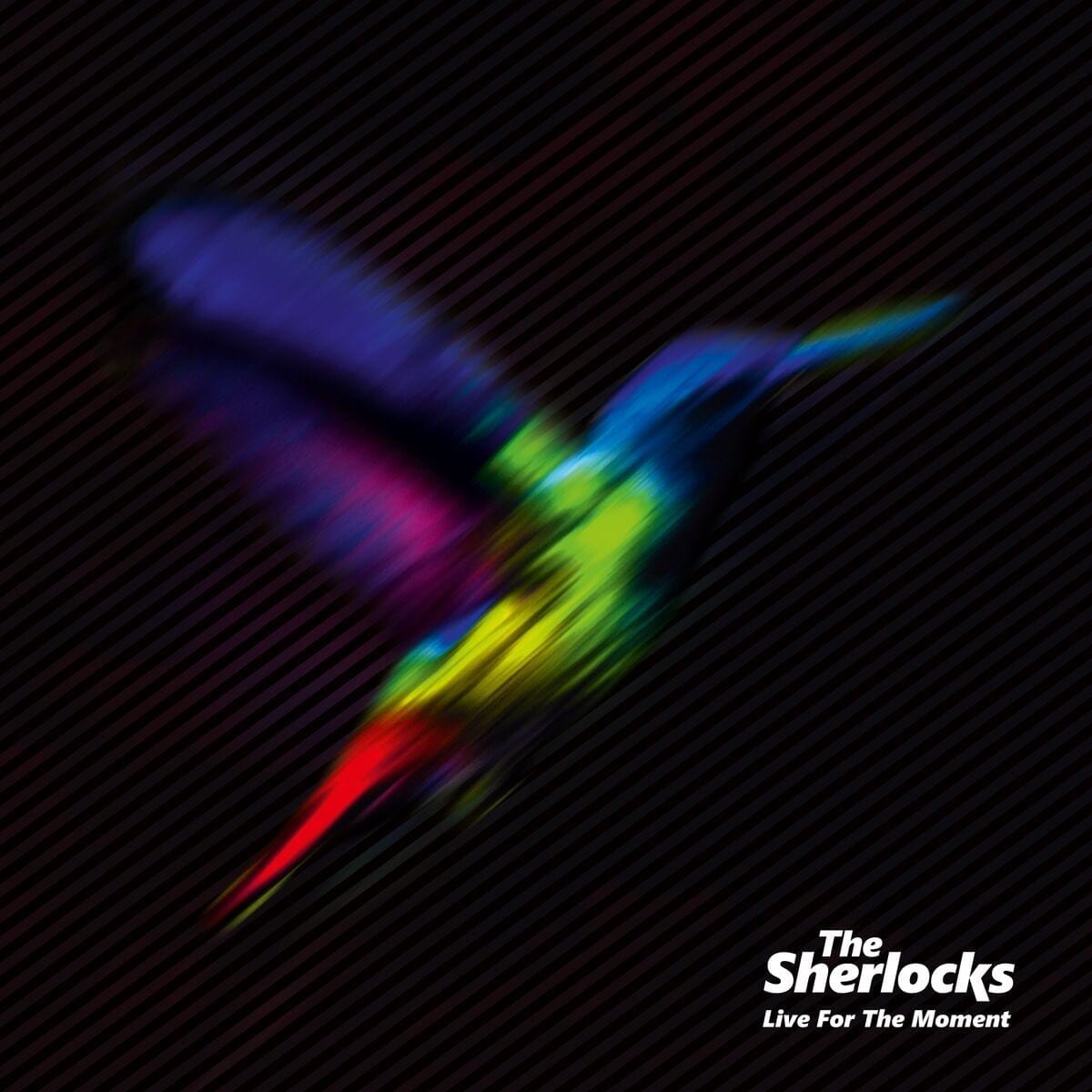 I must admit I did not go into Sheffield band, The Sherlocks, debut album Live For The Moment, with a particularly open-mind. Throughout their relative rise in popularity over the last two years I have happened across their singles in sponsored Facebook posts that appear to have been met with hype and derision in equal measure. It is certainly true that the young band have managed to build quite an impressive indie following through social media campaigns, no doubt inspired by the grassroots, youthful energy of fellow Sheffield band, Arctic Monkeys. That band has probably inspired most guitar rock bands over the last decade in some way but their legacy here mostly spans from their early albums. Another band that The Sherlocks can all too easily be compared to are Manchester’s Courteeners. Indeed, my initial stance on the band was essentially; they’re not going to make my ears bleed but they sound exactly like any number of other bands that I could listen to instead.

Whilst Courteeners are not unique either nor devoid of criticism and could be thrown into a large group of similar bands with gruff manly vocals and guitar melodies, Liam Fray’s oft intelligent and crowd uniting lyrics have always given them that extra spark. There is certainly a distinction between an album titled Mapping the Rendezvous and something like The Sherlocks Live for the Moment. The use of this tired cliché in both song and album title made it far too easy to dislike this band on principle.

The sentiment of ‘Living for the Moment’ along with similar phrases like “What doesn’t kill you, makes you stronger” have been an unwelcome and rampant presence in pop music for many years, adopted largely as a cringe inducing party mantra. Which makes it all the more bizarre that it would be put front and centre by a band that appears to see dance music as the enemy. Whilst both slogans contain some underlying wisdom, there’s no denying that the use of them in a song is unimaginative and short sighted. Presumably the logic goes; that by ‘living for the moment’ you are at risk of making mistakes but that this is no great shakes because, you know, ‘what doesn’t kill you, makes you stronger’. This is all well and good, assuming that said mistake doesn’t entail severe injury or even death.

The title of the album pretty much represents all the lyrical content within. Clichés permeate virtually every song, whether it’s “You’ve got the weight of the world on your shoulders” in a song called ‘Blue’ (yep, I know) or “Time isn’t on your side” in ‘Turn the Clock’ or “Can you remember? Last Night” in ‘Last Night’. If it’s not clichés, it’s just copied ideas from other bands. Well mostly Arctic Monkeys and when I say Arctic Monkeys I mean Whatever People Say I Am… era Arctic Monkeys. You could argue that the lyric “I don’t care what they say, they’ll say it anyway” in the song ‘Nobody Knows’ is even a tribute. That song also has the lyric “It’s all about you”, which is McFly right? But anyway…

That being said ‘Live for the Moment’, along with a few of the other songs, is actually really catchy and unfortunately I’ve had the chorus in my head for the last few days. To its credit this album does have some ‘bangers’, in so much as they will go down a treat at festivals and gigs, due in part to the easily repeatable lyrics and pop hooks. Opener ‘Will You Be There?’ has a cool riff and another sing along chorus although it sounds basically like ‘Are You In Love With A Notion?’ by Courteeners. Really this festival ready roster is probably all they were aiming for especially considering they All. Sound. Exactly. The. Same.

By the time you reach ‘Was It really Worth It?’ the basic structure of all bar about two songs is pretty clear: A crescendo of all the instruments, overlaid with the chosen riff of this particular song, leads into the first verse, which Kiaran Crook reliably and confidently approaches with the same low strung, Northern drawl of every other band that sounds like this. Then comes the chorus which is the catchy bit, followed by another rendition of the riff… And repeat.

There are a couple of variations on this theme such as ‘Turn the Clock’ and ‘Motions’ which are more acoustic numbers. They’re both pleasant enough tracks and professionally done but again they are still just another part of the same old formula. A high point of the album is on final song ‘Candlelight’ which again fits a pre-supposed role – this time of ‘soaring album closer’ – but ends with some tasteful and well placed strings, emerging from the clashing guitars. It would have been nice to hear more of this on the album but instead it almost feels like a tacked on decoration, like installing some fancy pillars over the door of a brick terrace.

The Sherlocks debut album is literally the most uninspired, by-the-numbers indie garage rock out there. They’re not bad songs as such and a few are memorable at least for the chorus. The production quality is pretty good and the song writing and instrumentation is competent if very simple. But whilst the songs are clearly born from a love of a certain type of music, there aren’t any here that will stand the test of time in the same way. For all intents and purposes this band is putting out lots of cheap copies of a perfectly sellable product.

The reality is they don’t need to do anything else. Their popularity is partly due to their clear self-confidence and marketing campaigns and for that they have to be given credit but ultimately they have garnered praise from people who buy into the very same tribal nostalgia for ‘guitar rock’ of years gone by. If you listen to Oasis, Courteeners, Arctic Monkeys and nothing else, then you will be pleased by this offering because as far as The Sherlocks are concerned they are the ‘pioneers’ of a guitar music resurgence. That they believe they could be headlining Reading And Leeds in five years’ time is highly unlikely but perhaps not as delusional as it might sound. There will always be people that like them because they fit that certain formula and honestly that’s fine. I would just like to suggest that they’re not even that good at what they are trying to emulate.