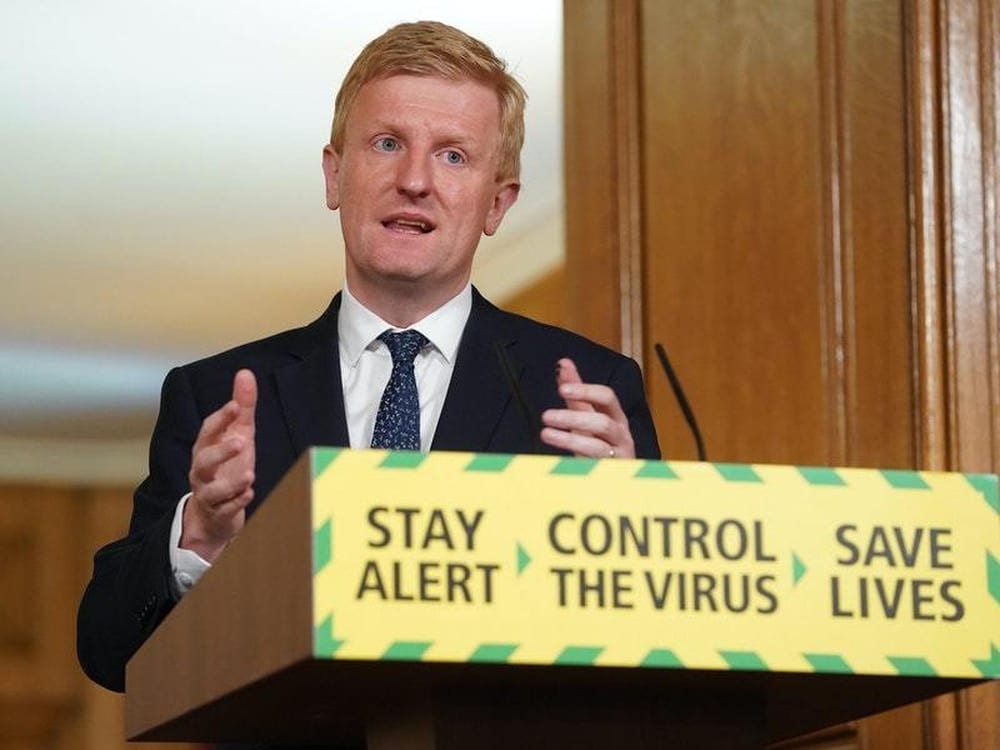 Dear Mr Dowden, Oliver – if you will.

I’m writing to you because, well, I have some questions. A few days ago, you expressed that you wanted theatres open by Christmas. You floated the idea of offering mass testing to audiences and therefore being able to scrap social distancing measures. Now, I feel like I’ve really gotten to know you over the past six months, as I have waited with bated breath to find out if I will ever be going back to my job in the theatre, but I have to say that your recent announcements have left me stumped.

I’m doing alright, thanks for asking, except the furlough scheme ends soon, and I am yet to be hired by anyone else. Despite this, I’m not wholly excited by the prospect of the theatres being reopened before Christmas. Do you want to know why, Oliver?

Have you ever worked at a pantomime during Christmas? Your website and Wikipedia page would suggest not. I, however, have. This might come as a surprise to you, but it is really hard to socially distance children. It’s impossible to stop them touching things, and what’s a pantomime without singing, dancing, and audience participation? Probably not a show that any child wants to see.

Have you ever picked up a soiled nappy that’s been left by a parent rushing to beat the crowds? Have you ever found a syringe under a seat and just hoped it’s from a diabetic? Have you ever scrubbed yogurt out of a carpet, popcorn perhaps? Or maybe sweets that have clearly been chewed and then spat out?

You see, Oliver, I have found and done all of those things without really thinking twice about it. But now, thanks to the Coronavirus, all of this becomes a bit more problematic. I am scared for my health, but anything other than the financial side of arts and culture doesn’t seem to have crossed your mind.

Of course, you could say “no pantomimes”, but for a lot of theatres in the UK, pantomime season is what funds them through the Summer. Northern and other, regional theatres can’t survive without it.

But, Oliver, I am sure you’ve considered all of this.

Oh, I almost forgot to ask… How is it that you plan on mass testing audiences? From what we are hearing, the government can’t even find enough tests for people with symptoms. I can’t imagine that the economy takes precedence over human lives, right?

Most people bought their pantomime tickets at the end of 2019. That’s how these things tend to work. If social distancing is required, how are you going to decide who gets to go, and who gets to decide that pecking order?

Another fear of mine, Oliver, lies with casts and crews. You can try to socially distance the audience, creating one way systems throughout the building, however, the production teams and performance cannot. The shows wouldn’t really work. How does Cinderella get her happily ever after if she’s two meters from Prince Charming? Is Aladdin going to ride on his magic carpet while Jasmine watches from the stage?

In fairness, some of that would be quite amusing. I’ll let you have that one, Oliver.

But the biggest problem, that seems to have been unforeseen, is what happens when a member of the audience, staff, or cast and crew, tests positive for COVID-19.

The show would have to be halted, and closed for two weeks. The theatres are already on the brink of ruin, and they would each have to go through the terrible process of refunding what they’ve been working so hard on all year. Most theatres cannot afford back-ups and stand-ins when it comes to staff. People would be left unpaid again, and the cast and crew could potentially be stuck in cities that they don’t live in during Christmas.

I totally get that I don’t know everything you know, Oliver, but I know a bit about the day to day running of where I work, and it scares me. So have a think about it, yeah? I’ll be waiting to hear if I’ve been reinstated at work, or just left to fend for myself in an ever shrinking job market.