‘Summer of 85’ is a Moving Queer Love Story: Review

Cineworld Closure: What Will Happen To UK Cinemas?

Are smart cities the answer to Britain’s post-Covid future?

We Need to Talk About Adult Acne

The star of hit shows like Grey’s Anatomy and Killing Eve, Sandra Oh, looks to have found her next project in Iris K. Shim’s upcoming supernatural horror film Umma. The film centres around Amanda (Oh) and her daughter who, while living a quiet life on an American farm, receive the remains of her estranged mother […]Read More

TV Review: ‘The Boys’ Are Back In Town For Season

In July of last year, before all the horrors of 2020 were unleashed on the world, Amazon released a little show called The Boys. Extreme violence, dark humour, and a subversion of the superhero genre made the show an instant hit and one of the tentpole shows for Amazon Prime. Since its release, The Boys has had everyone […]Read More

Back in April mxmtoon kicked off a two-part EP with Dawn – a project filled with optimism and hope for the future, embracing the unexpected. The artist is now back with second part, Dusk, which subverts those emotions, exploring the cyclical human experience and how everything eventually comes back around. In a year as hectic as […]Read More

Cultures Unite in the First Trailer for A24’s ‘Minari’

When I heard that Steven Yeun was starring in a new film set on a farm, I thought it was a dark return to the less than stellar second season of The Walking Dead. Turns out it’s something much better. Film Twitter darling A24 is back with yet another release, the Korean-American drama Minari. From […]Read More

What To Expect from Exorcism-Horror ‘Saint Maud’

From the studio that brought you films like Hereditary, The Witch and Midsommar comes A24’s latest delve into the horror genre: Saint Maud, a film that ditches the occult for something altogether more sinister. The directorial debut of Rose Glass, Saint Maud follows reclusive nurse Maud (Morfydd Clark) who, after an unknown incident, begins to […]Read More

In an industry-shaking move, Microsoft has bought ZeniMax Media, the parent company of Bethesda, for a massive $7.5 billion. But just how much does this change things? With the console wars reaching a near fever pitch it is no surprise that both Sony and Microsoft are fuelling the fire in an attempt to get fans […]Read More

After a six-year hiatus, David Fincher (Se7en, Fight Club, The Social Network, Gone Girl) is set to make a return to the big screen with his latest release Mank. Starring Gary Oldman and Amanda Seyfried, Mank follows the life of Herman Mankiewicz (Oldman) as he races to finish the screenplay for Orson Welles’ Citizen Kane. […]Read More

The Progression of Modern Television: Is It Worth It?

Since its inception in 1925, the television has been a big part of our lives. It’s safe to say it’s come a long way since a tiny black and white screen, reaching the point where everyone and their grandma had a TV in their house as the source of an evening’s entertainment for all the family. […]Read More

Trailer Released for Sofia Coppola’s ‘On the Rocks’

It seems that despite the current pandemic, the film studio A24 is not slowing down its steady stream of content. They have just announced, in partnership with Apple, another film titled On the Rocks starring Bill Murray, Rashinda Jones and Marlon Wayans. From Lost in Translation writer/director Sofia Coppola, On the Rocks follows the troubled […]Read More

Read the Screenplay While Watching the Film in New Netflix

Netflix has been a saving grace for many in lockdown, with its wide library of original and fan favourite content providing a never-ending source of entertainment. And as if it couldn’t get any better (other than if they stopped cancelling their shows), people smarter than me have been making add-ons to even further improve the […]Read More

Ben Affleck to direct film about the making of ‘Chinatown’

Since Joe Mantell uttered the final words “Forget it, Jake. It’s Chinatown” in Chinatown, it has become one of the most iconic lines in movie history. But it seems Ben Affleck wasn’t listening and has in fact not forgotten Chinatown, as he is set to direct The Big Goodbye about the making of classic 1974 […]Read More

Grounded Difficulty and Permadeath mode added to ‘The Last of

Two months after its launch, the controversial game The Last of Us Part II is set to receive its first content update.  And no, sadly it isn’t multiplayer just yet. Titled the Grounded Update, this update introduces new features, gameplay modes, and more which will hopefully give us all an excuse to hop back into […]Read More

First Images Released of ‘The Devil All The Time’

Netflix has just given us a first look at the star-studded cast for its upcoming film The Devil All The Time. And from the talent on display alone, it is looking like this has the potential to be one of the best films of the year. With the likes of MCU superhero Tom Holland, seagull-hating […]Read More 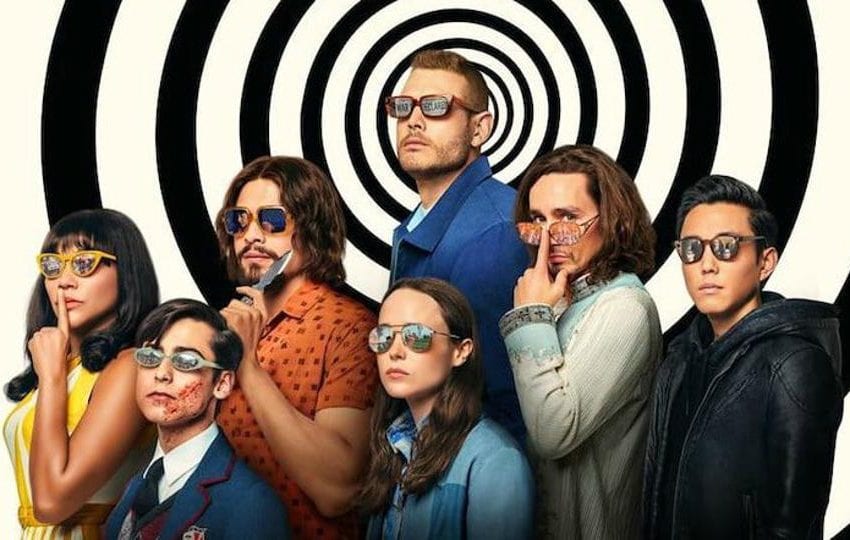 When season one of Netflix’s The Umbrella Academy dropped last year, it took the world by storm. With its exciting storytelling, interesting characters, and stellar soundtrack it quickly got recognised as one Netflix’s tentpole shows and was only a matter of time before a second season dropped. But after such an amazing first season, can […]Read More