Despite Lofty Aspirations, ‘Falling’ Doesn’t Quite Land On Its Feet:

With countless iconic roles and three Academy Award nominations under his belt, Danish-American actor Viggo Mortensen has turned his hand to directing. The result is a foul-mouthed intergenerational drama that grapples with the slippery subject of dementia. It came as no surprise that Viggo Mortensen, the very definition of a polymath, had turned his hand […]Read More

What with the constant film release delays and cinema closures, the cinephile in your life may be feeling a little dejected this year. Luckily for them, we’ve compiled a mammoth list of gifts to cheer them up with this Christmas—the majority of which are sold by small businesses. From novelty treats to vouchers, merch and […]Read More

What do fictional serial killer Patrick Bateman and I have in common, aside from an encyclopaedic knowledge of the musical ‘Les Misérables’? Our favourite film is Body Double.  Despite its schlocky veneer, make no mistake: Body Double is a carefully crafted masterpiece that parodies and pays homage in equal measure. Sure, in American Psycho the […]Read More

Some may find the sweeping chilliness of Francis Lee’s sophomore feature too bleak, but consider this critic’s cockles warmed. Saoirse Ronan and Kate Winslet are devastatingly brilliant in Ammonite, forming an unlikely romance between a sickly young wife and a respected paleontologist. Though most take a little warming up to their craft, Francis Lee’s directorial […]Read More

Thirty-six years after Stop Making Sense set the bar stratospherically high for the concert film, an unlikely duo has created an urgently joyous match. Spike Lee and David Byrne’s new venture combines the rapturous joy of Byrne’s music with Lee’s trademark style of confronting us with contemporary truths. The result is nothing short of wondrous. […]Read More

Erica Riva plays a traumatised woman drowning in the sound of her own nightmares in this De Palma-esque thriller. The Intruder is an unnerving Argentine thriller from Natalia Meta, that sets out to explore how PTSD can manifest itself in the wake of horrific events. Erica Riva plays Inès, a fortysomething woman who relies on […]Read More 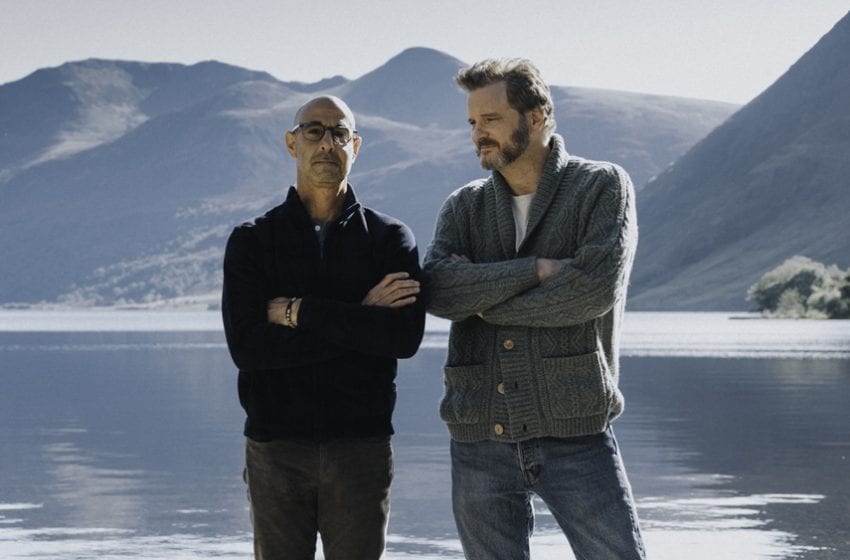 ‘Supernova’ – Colin Firth and Stanley Tucci At A Celestial

Supernova is an elegant, elegiac story of two soulmates facing the cruelty of dementia, with director Harry Macqueen crafting a mature, affecting story of galactic proportions. Every star in the night sky looks the same to me—glinting uniformly in the inky darkness, unthreatening in their anonymity. Would I find the night sky less beautiful if […]Read More

When Humphrey Bogart says “We’ll always have Paris” to Ingrid Bergman in Casablanca, he probably didn’t anticipate a deadly global pandemic that would prevent most travel and seriously test his romantic logic. With the majority of holidays cancelled, including my own holiday to Paris I was meant to go on back in June, we just […]Read More

‘Nomadland’ wins the Golden Lion at the Venice Film Festival

At a lower-key Venice Film Festival than normal thanks to the COVID crisis, Chloé Zhao Nomadland has picked up the Golden Lion award. Having received rave reviews since its premiere in Venice and subsequently after its screening in Toronto, Nomadland stars Frances McDormand as a woman grappling with a newfound transient life on the road […]Read More

We Don’t Need No Education: 20 Films Set in School

Years after leaving school, I still find myself being deferential to the scholastic calendar. I wake up on 1 September and expect there to be a path of autumnal leaves ceremoniously leading out of my bedroom, signalling in the season of woolly jumpers and new WHSmith stationery. It does feel weird, now deep into my […]Read More

‘I’m Thinking of Ending Things’ is a Blizzard of Existential

“Though your sins are like scarlet, they shall be as white as snow.”  This is a proverb quoted early on in Charlie Kaufman’s arresting and poignant new film, I’m Thinking of Ending Things, which spends most of its time under a flurry of snowfall. We’re not quite sure what the sin is. All we know […]Read More

With eight films, six Academy Award nominations, a three-letter moniker and legions of adoring fans to his name, Paul Thomas Anderson is one of the most renowned living filmmakers in the world. Aged just 50, his eight features have pretty much all received critical acclaim. But despite always being the bridesmaid and never the bride […]Read More

The three most-liked reviews of Captives on the film social network Letterboxd are pretty similar in their brazen horniness for Tim Roth. “this was absolute garbage but i want tim roth to spit in my mouth” reads the first. “MY BODY IS LITERALLY A HOLE FOR TIM ROTH I WANT HIM TO CHOKE ME!” reads […]Read More