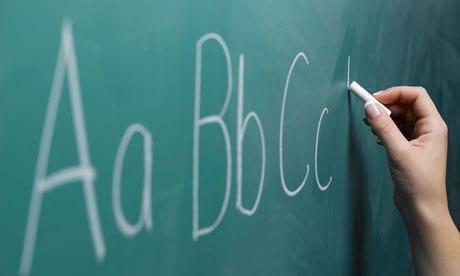 English Literature is a popular subject to take at school level and beyond. In these wonderful lessons, pieces of literature are studied in varying detail, depending on the level of qualification the student has reached. Novels and novellas, poems and poetry collections, plays and dramatic monologues all fall under the category of literature, over time creating a broad spectrum of writing for students to analyse, infer and adore. With varying specifications in English Literature, hundreds and thousands of texts are studied at once, meaning that it’s rare to find another person who has studied the exact same books as yourself. If you’re as much as a literature nerd as I am, this fact is quite exciting.

This is The Indiependent‘s guide to the best pieces of literature to study.

The Whitsun Weddings, Philip Larkin’s 1964 collection of poetry, was the first text I studied at A Level. In comparison to Dannie Abse’s Welsh Retrospective, the secondary text in the exam, Larkin’s is the stronger collection; Abse’s poeticism lies more in sporadic instances of stunning lines – “the Venus de Milo is only stone;” “even trees were but factories for coffins;” “where the boy I was not and the man I am not / met, hesitated, left double footsteps, then walked on” – but the manner in which Larkin uses language aside his own misanthropy triumphs over the entire text in a rather beautiful way.

In Larkin’s writing, the themes of love, death and loneliness prevail, amongst others. These themes often intertwine, leaving, for example, the love poems tainted by a certain poignancy. An example of this is ‘Wild Oats.’ This poem documents a relationship the narrator had twenty years before, the striking aspect of which is the narrator’s obsession with his girlfriend’s best friend, “a bosomy English rose,” who, even after twenty years, he has photos of in his wallet. The idea that people cannot exist in relationships is married with the belief that the narrator is not good enough to be with the girl he wants to be with, resulting in a curious repulsion on the reader’s part.

The theme of love in this poem, entwined with self-pity and pain, is mirrored throughout the entire collection, especially in ‘Love Songs in Age.’ Here, youthful expectations of love are analysed, showing the foolishness of believing in “the glare of that much-mentioned brilliance, love… promising to solve, and satisfy, / And set unchangeable in order.” The juxtaposition of widowhood and this teenage intrigue with love, through the “word after sprawling hyphenated word” of the music she plays, creates a truly heartbreaking poem, while the question is asked of whether the representation we know of love is actually true.

The use of death as a theme is fairly prominent. ‘Nothing to be Said’ reminds us that “life is slow dying;” ‘Ambulances,’ where the ambulance is symbolic of death itself, tells us that “all streets in time are visited” by death; and ‘MCMXIV’ is a war poem, or rather a pre-war poem: this poem highlights the innocence of queuing in “long uneven lines” to join the war, while “grinning as if it were all / An August Bank Holiday Lark.”

These poems, including the ‘love’ poems, made me think realistically about the complexity of life (in a way that is not as generic as it sounds). In the 32 poems it is reiterated that love can be tainted by doubt, time and death, that death is a major part of life itself, and that loneliness is inevitable at times. Through studying these poems, I began to understand hatred and isolation so well, even if it is widely romanticised in Larkin’s writing. Within the strong collection of texts I studied over the two years of A Level English Literature, including Bronte’s Wuthering Heights, Webster’s The Duchess of Malfi and Blake’s Songs of Innocence and of Experience, this is my favourite, simply because of the beauty of Larkin’s writing.