A couple of weeks ago, Kid Cudi released a YouTube video teasing the third instalment of the Man on the Moon trilogy; a trilogy of albums that had commenced with his 2009 debut album, Man on the Moon: The End of Day. And now, his sophomore effort, the 2010 concept album Man on the Moon II: The Legend of Mr. Rager, has had its ten year anniversary.

Kid Cudi has been critically shaky throughout his career. The only album of his to be truly critically acclaimed is his collaboration album with Kanye West, Kids See Ghosts. A potential reason for this are his lyrics; he rarely strays from the same themes of depression, drug use, fame, loneliness, and that hardly matters. However, Kid Cudi’s appeal isn’t in his lyrical ability. It comes from his rock-like choruses and diverse set of sonic influences.

Although Kid Cudi is usually described as a hip-hop artist, Man on the Moon II takes from many other genres. For instance, instrumentals more closely resemble neo-psychedelia, alternative rock, or even post-punk. The album’s unique atmosphere makes features from the likes of rapper Kanye West and soul singer Mary J. Blige stand out and shine even more. West’s feature on the single ‘Erase Me’ is classic Kanye West, yet it’s Kid Cudi’s chorus that steals the show, being one of the absolute catchiest on the record. Also, it is basically a rap-rock track; therefore, the music video for the song is tongue-in-cheek about this.

The album’s other single, ‘Mr Rager,’ is another highlight. Cudi has always been a very strong singles artist– and features some of his best singing on the album. His trademark humming is perfect over the neo-psychedelic instrumental, consisting of twinkling synths and a constant, vibrating bass. Also standing out is the less popular ‘Wild’n Cuz I’m Young,’ one of the albums more unique cuts. Quite the compliment since the album is unique as a whole­, with a repetitive chorus and beat that more closely resembles industrial music than anything else.

The album’s penultimate track ‘GHOST!’ is the album’s absolute peak, with some of the record’s most complex production. The synths are squeaky this time, layered against rich bass and slow drum, with Kid Cudi’s chorus managing to convey romantic passion and regret simultaneously. The track’s breakdown into a low-fi piano outro is unlike anything I’ve heard from a hip-hop artist is one of the album’s standout moments.

Revisiting Man on the Moon II was an interesting experience. Kid Cudi’s rather basic metaphors and similes can be interpreted as frustrating, but the charm and authenticity behind each line almost allows you to ignore that. It is probable to ignore all the lyrics in favour of the outstanding production value: nothing else quite sounds like it. We can only hope that the trilogy’s final instalment will possess that same abundance of influences. 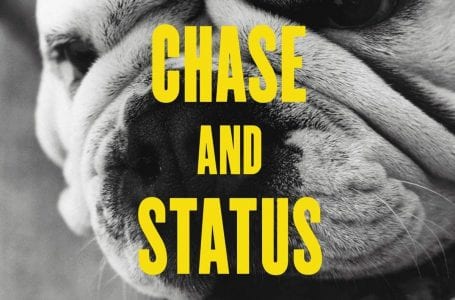 Blast From The Past: Setbacks // Schoolboy...

Blast From The Past: Malibu // Anderson...