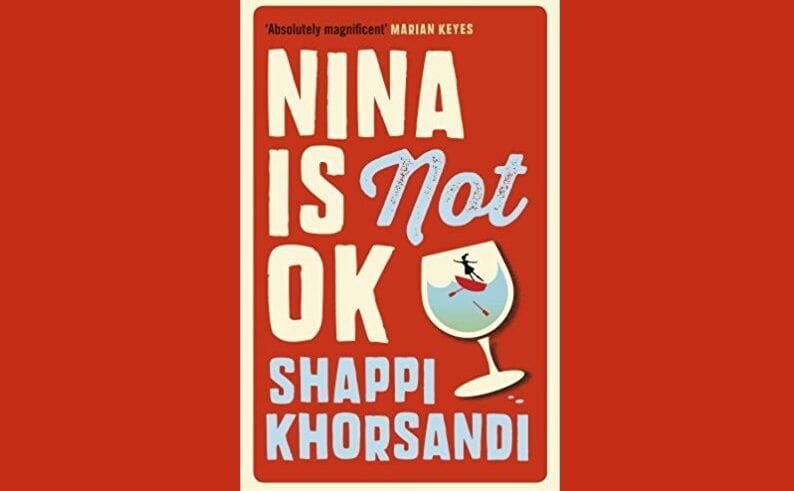 Title: Nina is Not Ok

What I Think So Far: Nina is Not Ok is comedian Shappi Khorsandi’s first fiction novel. It follows the story of Nina, a seventeen-year old A Level student with an alcohol dependency. The book begins at the start of a rough year for Nina, having recently broken up with her first boyfriend, who has moved to Hong Kong and has a new girlfriend. To console herself, she drinks. A lot. She also has a lot of one-night stands while drunk, which begins as something fun but turns into a thing that causes more trouble than she realises. When her mum, stepdad and little sister, Katie, move to Germany, and Nina stays in London to finish her A Levels, she starts to act recklessly, drinking most days and avoiding school. She falls out with her friends, and ends up being taken to rehab.

The point of the novel I have reached is where it all gets serious – more serious than it got previously. On a night out, a drunken Nina is taken home by a boy she met in a club. Months later, a video emerges of Nina being raped that night, outside the club, by the boy she met.

Would I Recommend It?: Yes. What started as a light late-summer read has become a heart-breaking, intricate, wholly admirable account of teenage mental health, questioning sexuality and grief. While the writing style is straight-forward and clumsy at times, Khorsandi has a way of drawing in the reader and playing on their sympathies, creating a novel that will tear you apart in places. I cannot wait to finish it.