Stephanie Burt’s interpretation of the surviving fragments of Callimachus’s poems is a phenomenal feat, remaining true to the diverse and lively voice of the Alexandrian scholar’s original texts. In applying her demonstrable command of language, she is able to draw meaning from the original poems, many of which survive only in small fragments, ensuring their relevance over two thousand years later.

Callimachus, born 305 BCE in Cyrene, Libya, migrated to Alexandria and was employed in the legendary Great Library, the destruction of which has been the subject of much discussion. It was believed to have housed the largest ever collection of ancient learning and literature. It is no wonder then, that the antiquarian Callimachus seized upon this vast source of knowledge to fuel his wildly varied and far ranging verse and prose, covering the gods, history, science, medicine, geography, and more.

Nineteenth and twentieth century discoveries indicate that Callimachus found great fame and popularity through his innovative and youthfully enthusiastic verse. In the foreword to After Callimachus, Michael Payne attributes our comparative modern ignorance of Callimachus to the fact he has lacked his ideal translator. I don’t think it too bold to say that now, in Stephanie Burt, Callimachus has finally found just that.

Even through the limitations imposed by translating from fragments, interpolating from just a few lines, Burt manages to convey multiple meanings with simple, relatable language and form. In this, she remains true to Callimachus’s own writing style, as evidenced in the translation of a fragment from book 1 of the Aetia, where he indicates his preference for the pithy:

“marathon runners and shock jocks gain / by going as far as they can, but the sublime, / the useful, and the beautiful in poetry are all inversely correlated / with size. Shorter means sweeter. I’ll be fine.”

Burt expresses a wish to engage with Callimachus’s own concern for interacting with different cultures. The way in which Burt’s translation combines Greek notions with very modern references and concepts, ensures that this book truly is a site of cultural exchange and discussion. Rather than feeling incongruent, these references add a quirky humour and enable modern audiences to better relate to the poems, as in Epigram 46, ‘I lost my friend’s laptop’ where the universal fear at losing something proves timeless, no matter which gods you pray to:

“I lost my friend’s laptop. I thought about skipping town / so she wouldn’t skin me alive. / That was June 20. On the tenth of July / it just / turned up in a pile of clipboards and three-ring binders. / Oh Hermes, my / good god, my prankster and finder / of lost / possessions, I won’t ask why / you took so long. I’m just glad it’s here now.”

Burt’s application of the modern lens also enables her to make rich and varied, but always subtle comments, on topics from politics, to culture, to diversity.

In frag 388, ‘Berenice, rightful governor’, the power of Berenice as a woman is celebrated. The final line, however, adds ‘and Artemis / ends up as some dude’s bride’. This is seemingly a subtle nod to the recent scholarly discussion around the damaging literary presentation of women in the Alexandrian era. Thus, this leads us to reflect on just how much our treatment of women has really changed in the intervening centuries. Epigram 8, another brilliantly irreverent translation used to criticise modern events, sees the poet complain:

“The fuckers renamed an airport for a tyrant / who wouldn’t stop lying, and couldn’t stand people like me, / and rarely flew commercial while he lived. / “Why do you have to keep dragging him? Can’t you forgive / the dead?” Well, no. /Every time I go home there’s a monument / to a man whose culpable indifference sent my peers to their early graves, / a glib smiler, a bad dad who deserves infamy. /It seems like something people today should know.”

The rich diversity of this book is such that in a collection of over one hundred poems, no two are the same. None feel outdated or inaccessible to the modern reader. It is not simply an excellent set of translations, but a moving collection of verse in and of itself, all the more powerful for unifying Burt and Callimachus’s unique voices into one. 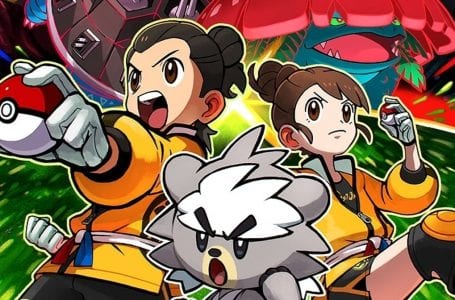 The Government’s Roadmap To Reopen Theatres: A...