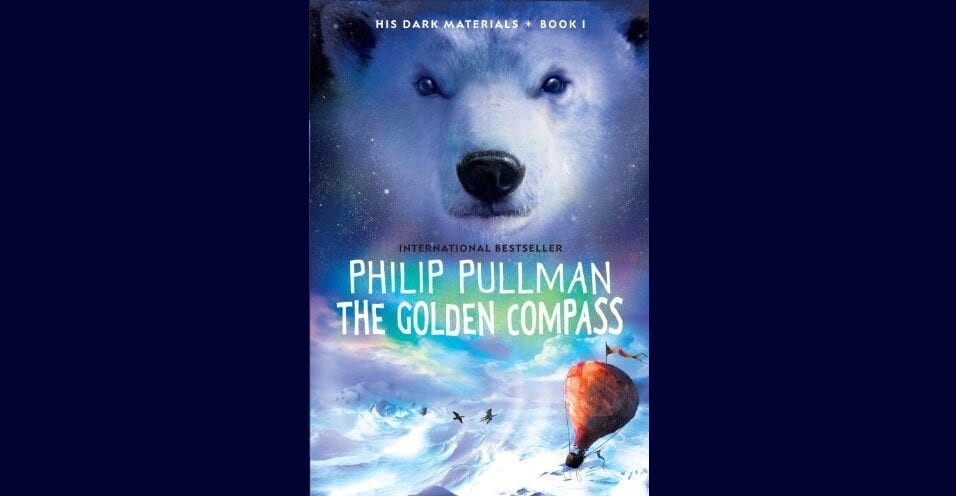 I wish I could somehow travel in time, so that I could have a conversation with myself between the ages of around 9 to 13. I would then attempt to convince the stubborn, Nintendo DS-obsessed child Caitlin to read more, to buy all the books I was interested in and to make time for literature. Due to this unfortunate gap in my literary history, I went from reading children’s books to classic novels, devouring works by Bronte, Austen and Orwell instead of the books aimed at my age group.

A few months ago, while working at my old primary school, the Head Teacher asked me to read The Golden Compass by Philip Pullman, originally entitled Northern Lights, to tell her my thoughts. After an admittedly sceptical start I quickly and passionately became engrossed in the alternative universe Pullman creates, complete with mythical daemons – the physical, animal form of a person’s soul – bear soldiers, witches, a cruel religious society that kidnaps working class children for experimentation, and the northern lights. I wish I had read it years ago.

The novel’s protagonist is Lyra Belacqua, a young girl who lives with the scholars of Jordan College at Oxford University. After hiding in a room she should not be in, she overhears from the Master of the College and her highly important uncle, Lord Asriel, about a universe that can be seen through the northern lights, and about ‘Dust’, some mysterious particles that are not fully understood by the literati, especially in the cosmic attraction of ‘Dust’ to children. Lord Asriel asks the College to fund his research, and Lyra is warned by her uncle to not get involved; but after her friend Roger is kidnapped by the ‘Gobblers’, the mysterious ‘Dust’ is all she can think about.

At a dinner party at the College, Lyra meets the enchanting Mrs Coulter, whom she eventually goes to live with in London; before which, however, she is given a rare alethiometer by the Master of the College and is told that when she learns to read it, it will tell her the truth; but Lyra must keep it secret, especially from Mrs Coulter. In London Lyra soon grows to mistrust Mrs Coulter and her daemon, an intimidating golden monkey, and leaves Mrs Coulter’s guidance after learning that she is the head of the ‘Gobblers,’ those responsible for the kidnapping of the children, as an agent of the all-governing Magisterium – the ‘Gobblers’, formally called the General Oblation Board, are actually a religious society commissioned to research this mysterious ‘Dust’, which is believed to be the physical form of Original Sin. To Lyra’s increasing sadness, it is revealed to her by the Gyptian family she grew up around that Mrs Coulter is in fact Lyra’s mother, and Lord Asriel, the man whom Lyra believed to be her uncle, is actually her father.

Lyra accompanies the Gyptian families to the Arctic, where she hopes to find Lord Asriel and the missing children. The remainder of the book details the journey, with many twists and turns keeping the reader hooked; it’s a tense, long narration, and a lot happens during Lyra’s expedition. But the length of the story and the seemingly frustrating plot shifts only add to the wonder of this novel; never does Pullman’s plot falter, become lost or confused in itself. The ease to which Pullman takes the reader through this highly complex story is admirable, and the fact that this is a children’s book makes it all the more astounding.

Though the novel is written in the third person, it is Lyra’s focalisation that leads the novel. Due to this, we read Lyra’s reaction to the events as the novel continues. It is she whom we are made to sympathise with and express our emotions through; this is shown most powerfully when Lyra learns of the experiments Mrs Coulter and the Oblation Board are conducting. The intense love shown between Lyra and her daemon Pantalaimon is used to emphasise the pain felt when she finds a missing boy called Tony, alone, shaken, and without his daemon. The reader and Lyra realise simultaneously the truth about the experiments the Oblation Board is conducting. The Board cuts children and the daemons apart; Tony eventually dies from shock, and the love between Lyra and Pantaliamon is made only more bittersweet in juxtaposition to Tony’s heartbreak.

The only fault I can say of this book is the overly soppy ending: the reunification of Mrs Coulter and Lord Asriel. In a surprising turn of events, the two vow to end their individual expeditions and continue through the Northern Lights together, overwhelmed with such passionate love they can now express openly. Lyra watches on, vocally disgusted but ultimately happy that her parents are in love. I was unconvinced.

Overall it is an excellent book. The dark, gritty nature of the plot contrasts with Lyra’s lovely and untainted character, and we are left with an admirably strong protagonist amidst the chaos of the novel’s events. The themes of religion and the allusions to biblical texts express a questioning of the reader’s morals and viewpoints without directly challenging theology and religious doctrine as a whole. Pullman’s writing is wonderful, and for that the novel can be enjoyed by any age group. As it is the first in a three-part series, His Dark Materials, I cannot wait to read the rest.