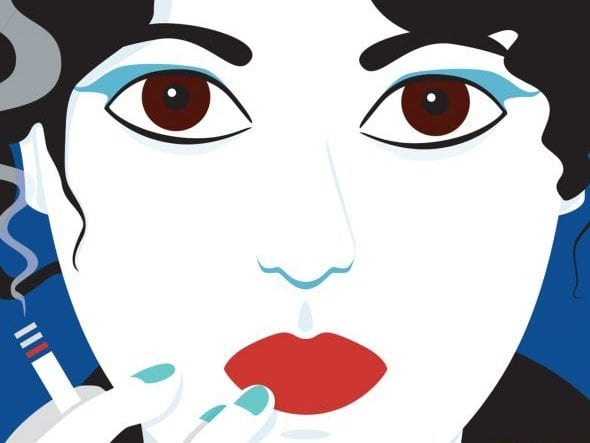 Who is Vera Kelly? On the surface, it sounds like a simple enough question. The kind of question that if you reveal the answer, you won’t give too many spoilers away. Or so you would think.

Vera Kelly’s life is a mystery. But that comes with her circumstance; she’s a Lesbian spy for the CIA, hiding her sexuality from her employer and everyone around her. In 1962, she has been sent on a mission to Buenos Aires to wiretap a congressman and locate and infiltrate a group of student activists who are rumoured to be plotting something big. We don’t know what they are doing, why she is there or how she became a secret agent in the first place. As far as clues go, we don’t have a lot to go on.

Everything Vera says and does, every choice she makes, is strategic. We know that the key to answering these questions and solving the mystery of who Vera is goes back to the 1950s and her hometown of Chevy Chase, Maryland. Knecht, very deliberately and frustratingly, cuts back and forth between Vera’s past and present in Buenos Aires, leaking small and seemingly insignificant details until you realise that another piece of the puzzle is right in front of you.

Suspense is a key ingredient in any spy novel and Knecht has perfected the recipe. The backdrop of the 1962 coup d’état echoes the constant threats to Vera’s cover, her safety, and unquestionably, her life. Where Knecht goes beyond the bog-standard spy novel that your dad picked up at the Airport, is that her protagonist is not just a woman and a spy, but she is also a three-dimensional character at the same time.

Unlike the likes of James Bond, whose entire personality boils down to his decision to drink shaken martinis over going to therapy, Vera Kelly is a smart, multilingual and resourceful single woman. She goes beyond the “strong female lead” trope, a side effect of women politely asking for wider representation in film and literature. Vera is an impressive character and should (and I expect soon will) be proudly placed on every young woman and girl’s bookshelf. However, where Knecht diverges away from the genre is that Vera is not an elite, unrealistic and unattainable supreme being. Spoiler alert- she doesn’t save a family of puppies from a train and is two seconds from flying off a cliff, all without having a hair out of place. Sorry to disappoint.

Instead, Knecht has done something quite unique. We see Vera’s mistakes and misjudgements, as well as her triumphs and successes. We see her completely unfazed doing one of the most dangerous jobs going and just when we think we understand her, we see her shake just a little when she meets the outgoing and inquisitive Victoria.

Writing Vera as a multifaceted and complex character is crucial for a genre that prefers to see women as the “Bond girl” in the bikini rather than the hero that saves the day. Vera’s sexual identity is a powerful force for understanding her more as a character, but also creating a long-overdue queer role model for the genre. Knecht opens the doors for conversations about women’s rights and the culture of racism and anti-Semitism that is as relevant now as it was in the 1960s.

Knecht is redesigning a genre that has long been in need of a lick of paint. It turns out it’s not just straight, white, British men that make good spies. Who knew? Who is Vera Kelly? is proof that you can have all the tension, dramatic car chases and assassinations plots on political leaders you want, without losing what a good spy novel is all about. It’s just time for someone else to drive the getaway car.