You’re History is an ode to the “off-putting” women in music. Lesley Chow sets out to understand what is compelling about twelve of the “strangest” women in the industry; women who don’t always put you at ease in their presence. But Chow’s list of the twelve strangest women in music is not immediately explicable: what is ‘strange’ about Taylor Swift? What is Chaka Khan, if not popular? How can Kate Bush be one of the most conventional of the twelve?

Chow isn’t looking to define one kind of ‘strange’. Some of these women are brimming with sexuality, worn like a suit of armour. Some of them are famous for a strong repertoire of guttural or squealing sounds, or wholly made-up languages. They’ve been selected for dealing in moods “generally considered undesirable: an insistent fakeness, emotional dishonesty, uncontrolled sexuality, strident superficiality.” This “strangeness” doesn’t put her off. These women come up against nothing but admiration in this book. In fact, they’ve been selected on the observation that they’ve experienced no correlation between commercial success and critical respect, a wrong that Chow firmly rights.

You’re History discusses female artists’ personas, heritages, senses of style and vocabulary of swear words. Among all of Chow’s compelling arguments, one of her most outstanding observations is her essay on Azealia Banks’ use of food in rap. Another is when she pits the made-up language of Tom Tom Club’s ‘Wordy Rappinghood’ against David Byrne’s wordiness, and Tom Tom Club wins. Her analysis of individuals is strong, thorough and excitingly irreverent. What is absolutely mesmerising, though, is watching Chow weave together the stories of Prince, Rihanna and Stevie Wonder, or drawing out the connections between Morrissey and Kylie Minogue, showing off her encyclopaedic knowledge.

One of the best ways that You’re History shapes the reader’s own listening habits is through picking songs apart and putting them back together. Chow scrutinises everything in isolation, idling on single musical phrases for pages and pages of an essay. It’s a joy to read her analysis; she gets right inside a song, turns it inside out, hears every layer. It feels like being in the recording studio.

But Chow is firm about one thing: songs are not just the sum of their parts, but the magic of bringing it all together. “It doesn’t make sense to quote lyrics without noticing the jolt and charge with which they are delivered – it would be the equivalent of reading a script without seeing the images onscreen,” she declares. Admittedly, the sentiment could keep us debating for hours about the value of scripts, but as the book progresses and Chow reveals her masterful understanding depth in music, it is easy to see the value of the kind of criticism she champions.

She is also on a personal quest of immense cultural value: to compile the best ‘oohs’ in modern music. Early on, she makes the connection between eloquent lyricism and critical reception. In the process, she slaughters some of your favourites, but it’s a compelling argument, that the artists who have so often risen the ranks commercially and academically are the ones who know all the long words and who use the obscure metres. This is a talent, certainly – but Chow wants to know, what about the other ones? The ones who make the hairs on the back of your neck stand up with a single sound. Some of her best sonic observations include that annoying little click repeated throughout ‘Blank Space’ and the “hypnotic” quality of ‘Umbrella’s “eh, eh, eh, eh”. You’re History is thoroughly enjoyable for its fantastic, eloquent prose, but Chow knows that in music, there are some things that words just can’t say. 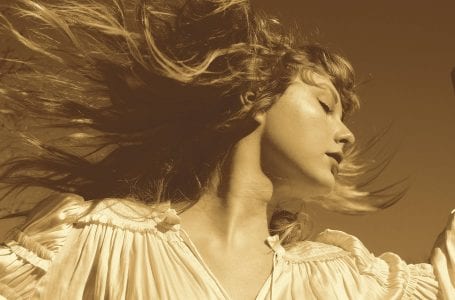 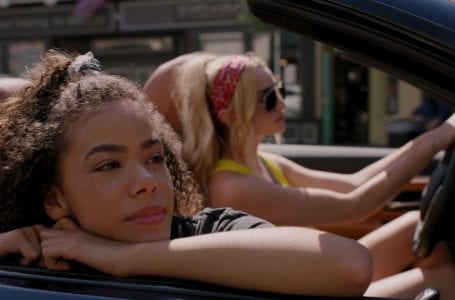