Vloggers and YouTubers are taking over the internet, and best friend duo Dan and Phil are now at the very top of the YouTube game. Following the completion of their UK tour, I thought I’d give you a quick overview of what the event had to offer.

Turning their hands to YouTube videos, radio, gaming, interviewing, and (briefly and somewhat unsuccessfully) crafting, they have now cracked the book market. Their joint autobiography, The Amazing Book is Not on Fire, fondly dubbed TABINOF by fans, combines their channel names danisnotonfire and AmazingPhil, and tells the story of their lives through drawings, diary entries, chat logs and everything you could possibly hope for. Imagine what would happen if the internet exploded and found its way onto 221 pages of hilarity. Are you imagining it? I present you: TABINOF.

And that is exactly the premise of their tour. To promote The Amazing Book is Not on Fire, the duo went on a tour across the UK, presenting what has to be the most creative and innovative live show from any YouTuber I have ever attended. The show itself is built around a huge microwave onstage while a story develops over the hour long event, which had the audience hooked and amused. When Phil microwaves his laptop, the internet explodes into reality and their viewers – once trapped in YouTube comments and 140 character tweets – are now sat before them. On creativity, the double act cannot be topped. The event did not feel like an empty gig, or a mere promotional tour for a book; it truly was a story, starring two very entertaining leads.

Dan and Phil are clearly aware of the expectations and attitudes of their audience. Looking around the auditorium, a sea of cat-whiskered faces (a signature Dan and Phil look) don shirts bearing the iconic fringes of their idols. The intimate bond the fandom provides was undeniable and the excitement before, during and after was palpable. The show itself was packed to the brim with references, in-jokes and endless audience participation. Live re-enactments of their most popular segments, like ‘Internet Support Group’ and ‘Why I Was a Weird Kid’, had the audience screaming in excited recognition and rolling with laughter. It was a joy to see the way two people who seem so genuine online truly were as funny and charming in real life. The squeals of excited fans were easily comparable to those you would expect at a boyband gig, confirming that they were as enamoured.

Book Review: The House in the Cerulean... 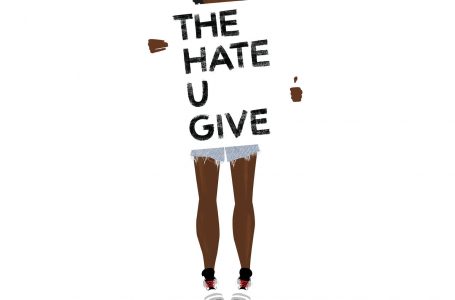