How To Keep Your COVID-19 Distanced Relationship Alive

Twelve months ago, if someone said the word hero you might have thought of Spiderman, Superman, or the Avengers. Now you hear the word hero, and your mind drifts to a doctor, nurses, or keyworkers. The changes to the world in the last year have led society to change its views and opinions. Some people may have a new appreciation for the great outdoors, whilst many more may never take going to work for granted again. The importance of reaching out to friends has increased, as has the importance of checking on and spending time with family. Some of these changes are more natural, more personal, whilst the change to what we think of when we hear the word hero is a larger change across society. The question worth asking is, have we put NHS staff in greater danger by constantly calling them heroes?

There is a wide variety of definitions for the word hero, but most can boil down to a similar point: A person who acts courageously in the face of adversity. A hero is someone who puts themself in danger to help others. However, the question is not whether the NHS staff have acted as heroes, they clearly have by putting their lives on the line to save countless others. It could be argued they have been doing this since well before the pandemic with the long hours, lowering wages, lack of available staff, and the funding issues, the NHS has been taking hits for a long time.

By calling NHS staff heroes we have tricked ourselves into the idea that this is what NHS staff signed up for, to be in constant danger because they don’t have enough personal protection equipment and not having the staff or funding available to adequately deal with a pandemic. This is not the case. The NHS was described by politicians before the pandemic to be ‘at the breaking point’, and at this rate after the pandemic, it will have shattered. Soldiers are often described as heroes. When soldiers are sent to war, they are given the best possible equipment available and they know when they sign up their life may be at risk. So it begs the question, why can’t it be the same for the NHS?

Before March and the beginning of lockdown, it was far less common to refer to NHS staff as heroes, even though they already were. Did we, the public, allow for them to be placed in higher danger because suddenly they were heroes, and the image we have of heroes is that they are in danger by choice?

Similar to Clap for Our Carers, the description of ‘hero’ for NHS staff is sometimes a welcome one, as a way to demonstrate the thanks and appreciation that the public has for the NHS and all key workers who helped people through the initial wave of the pandemic. Even within the NHS, some workers receive far more credit for their ‘heroics’ than others, with the typically higher-paid staff receiving a far greater amount of appreciation from the public than other workers. When asked how they felt about the labeling of NHS staff as heroes, a hospital cleaner from Liverpool who wished to remain anonymous said they felt “unnoticed and that their own sacrifices aren’t given the same recognition as others”.

An ICU doctor in the north east, when asked how they felt about being referred to as a hero said “I feel being called a hero is not helpful. I did my job in a role that I was trained for and feel I did a good job of it. Many of my friends outside of the healthcare position are in far worse a position. I felt a lot of praise from the government was hollow.” They went on to detail the breakdown in trust between the government and the healthcare professionals in the country through the contract issues with junior doctors and the failure to ensure that there are enough nurses. “This government cannot ignore the concerns of those in the NHS with regards to healthcare funding, privatisation, and poor staff reward and retention, and expect to be forgiven by calling the staff they have consistently ignored heroes.

From the various accounts taken from NHS workers and NHS staff, the overwhelming feeling is that being called heroes have either hindered or been ineffectual to their efforts in helping the country’s populace through this healthcare crisis. The vast majority feel that although they have done well with the circumstances, they have been hamstrung by the government’s actions and lack of support.

After years of underfunding and difficulties that the NHS has gone through, what was really needed was a full and proper movement of support for NHS with its funding, instead, they got the repetitive phrase ‘heroes’, a crippling lack of PPE which led to some staff being forced to ration rather than act with safety in mind and a government that confused the message to the public on how they should act. 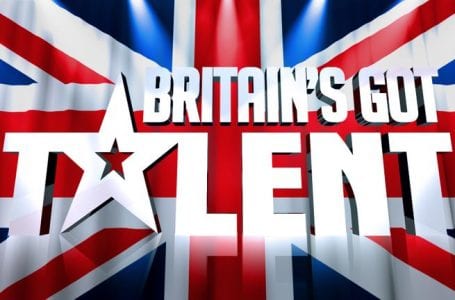