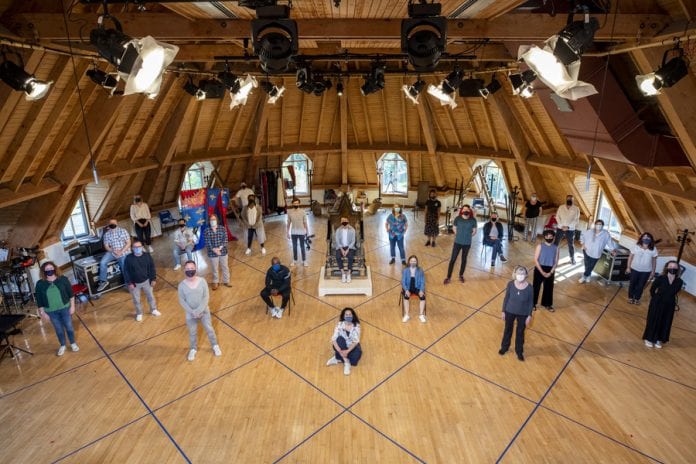 The Royal Shakespeare Company has released casting details for its upcoming production of Henry VI Part One: Open Rehearsal Project.

The cast is led by Mark Quartley as King Henry VI, who previously played Ariel in the RSC’s live motion-capture production of The Tempest (2016).  Jamie Ballard will play Talbot, revisiting Shakespearean drama after appearing in the RCS’s 2015 production of The Merchant of Venice.

Michael Balogun will play the Duke of York in his RSC debut, while the roles of Margaret, Winchester and Exeter will be played by RSC Associate Artists Mariah Gale, Mark Hadfield and Amanda Harris.

Owen Horsley is directing the production with music by Paul Englishby. Additional movement is choreographed by Polly Bennett with fights orchestrated by Rachel Bown-Williams and Ruth Cooper-Brown.

This performance invites online audiences inside a live rehearsal room run-through of the production from 1 June until 18 June.

Virtual audiences will also have access to a post-rehearsal Green Room Chat with the company to reflect on the day’s events and answer any audience questions.

RSC Artistic Director Gregory Doran discusses how this open rehearsal will give audiences an insight into artistic creation.

“This project opens up the process of theatre-making to audiences like never before. It’s a voyage of discovery, which we hope will yield some perhaps surprising insights into the ways plays get rehearsed, and give the opportunity for anybody to benefit from the training that exists here at the RSC, growing their own skills or just discovering something new.”