Considered one of the most successful musicals of all time, The Phantom of The Opera remains a favourite of theatre-lover far and wide- even 10,000 Broadway shows later. When I heard that Leicester’s Curve Theatre was to be graced with the music of the night, I knew that I had to get tickets. For a […]Read More

Despite being around 150 years old, Louisa May Alcott’s novel, Little Women, has never been more in the limelight. Regardless of its Oscar snubs, Greta Gerwig’s star-studded adaptation of the classic tale gained wide critical acclaim towards the end of 2019, and the year closed with Little Women being my favourite film of the year. […]Read More

Intense, hard-hitting, and anger-inducing, Theatre Group‘s production of Posh, by Laura Wade, succeeded in creating a satirical commentary on the immense privilege that comes with being white, male and upper-class. As the company’s director, George Marlin, stated in his director’s note: “Posh is as relevant and topical in a post-Brexit Britain as it was ten […]Read More

Random Acts of Malice, written by Alan Fraser, and directed by his son, Lewis, was a warm and welcome break from Storm Ciara yesterday evening. As well as the weather performing as pathetic fallacy to the psychological thriller I was sitting down to watch, (and matching the storm taking place in Fraser’s script) the play […]Read More

Dear Evan Hansen… That was a brilliant production, and here’s why. Following the eponymous Evan Hansen after the death of a fellow student, Dear Evan Hansen is a stunning dive into depression and loneliness in a world dominated by social media. The musical effortlessly moves from comedic highlights to utterly devastating moments, handling the tragic […]Read More

Elevate, which showed at the Pyramid Theatre at Leeds University last week, made use of space and character in a bold and interesting way, with fantastic results. This should come as a surprise to nobody; the range of societies and groups putting on shows at the university are developing a well deserved reputation for their […]Read More

Comedy Review: Raiders Of The Lost Sketches // The Leeds

In an intense season of exams, deadlines, and all-round chaos, I made my way to The Library pub for a couple of hours of relaxation, as a break from the hectic few weeks in university before the Christmas holidays. I figured that a bit of comedy was exactly what I needed, and I certainly wasn’t […]Read More 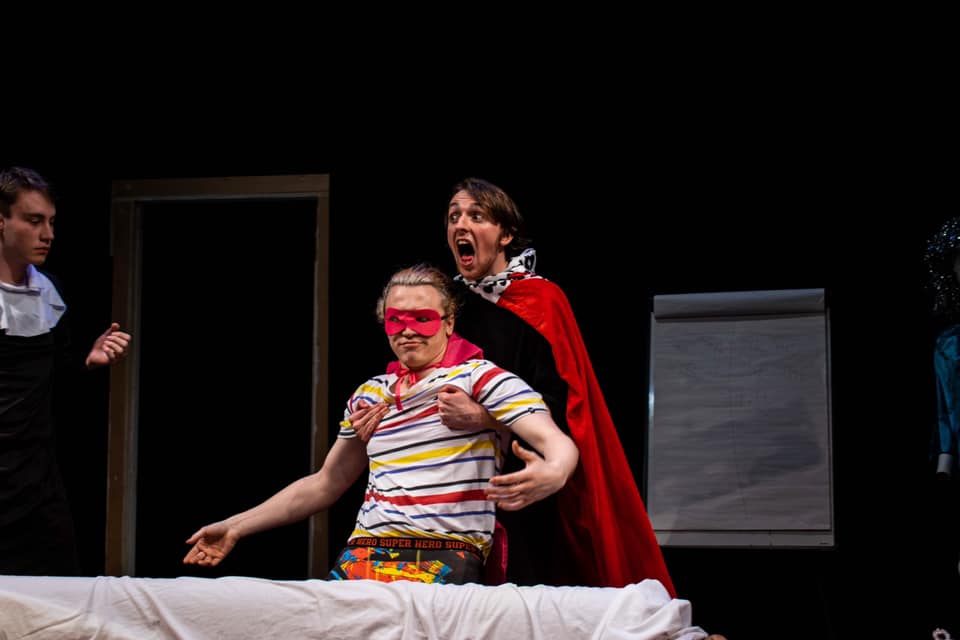 “’Farce is dead’, I hear you say… When has it ever been more relevant?!” Being in the presence of Wright Off, written and directed by Luke Haywood, on Saturday evening was nothing but an absolute pleasure. Two hours of belly ache from laughing too much, and gasping for breath whilst whispering “WHAT is going on?!” […]Read More

Katherine Chandler’s Before It Rains, performed by Open Theatre in [email protected], was a divine concoction of brave and beautiful storytelling, and contemporary life’s raw happenings. Punctuated with humour and the tense extremities of humankind, this production is, quite simply, the best show that I have seen a society put on stage during my time at […]Read More

Knocking Down Walls & Uniting Under Conflict With Brickin’ It

Why do we divide during conflict? How does division effect people? Why haven’t we learned from our past? These are only three of the questions that Brickin’ It Theatre Company are trying to tackle in their brand-new production, Sides. Celebrating thirty years since the fall of the Berlin wall, Sides is set in Berlin during […]Read More

The Original Cast Recording, or OCR, is something that has become a staple ingredient to the recipe that produces ‘the musical’. First comes the regional and off-Broadway debuts, then the Broadway debut, promotional performances, and finally the cast recording. It would be fair to take these as signs that a show has become successful; so […]Read More

The Adventures of Time Warp Tammy, written and directed by Céline Nyssens, was a fascinating exploration of mental health, isolation and the commitments we all have to each other. Above all, though, it was a critical examination of the tendency for straight white men to see themselves as a protagonist whilst everyone else’s feelings, thoughts […]Read More