Leicester’s uniquely shaped round-walled theatre, the Curve, is set to reopen its doors to the public for a new season starting in November.

Thanks to its unusual architectural features, the theatre is able to welcome audiences for socially distanced performances of three original, Made at Curve productions.

By fully realising the ambitions of architect Rafael Viñoly’s design, the Curve will open with a 533-seat auditorium, raising its walls between theatre spaces to allow audiences to experience the performances from all sides. The line-up for this immersive experience includes a musical concert featuring a 16-piece orchestra.

From Monday 23rd November until Thursday 3rd December, audiences can see The Color Purple in concert, staged by the original director Tinuke Craig.

And finally, from Monday 25th January until Saturday 6th February 2021, the 2018 fan-favourite Memoirs Of An Asian Football Casual with Hareet Deol and Jay Varsani gets a revival.

The Curve is able to reopen after seven long months of closure thanks to £950,000 from the government’s Culture Recovery Fund. 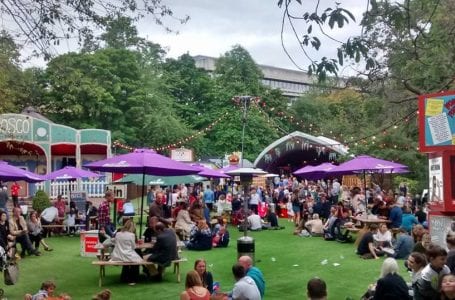