Ahead of the release of The Avengers: Age of Ultron this month, we here at The Indiependent are celebrating by looking in depth at the most defining achievements of it’s spectacular ensemble cast.

Today, we’re focusing on the career of one of the newest cast members to the franchise – James Spader, who plays the villainous AI system, Ultron. A star of film and TV, Spader is renowned for taking riskier roles – often tackling more eccentric characters that have either a villainous or voyeuristic streak. Currently starring in the NBC hit series, The Blacklist, his role in Age of Ultron marks something of a return to mainstream film  – his last real cinematic appearance being a supporting role in the Oscar-winning biopic, Lincoln. Given his reputation for playing coy, mysterious characters – and that voice – Spader’s portrayal of Ultron is sure to be a real winner when the film is released on April 23rd. In the meantime however, here’s a look at five of his most defining moments on the silver screen.

Spader started out, as a lot of American actors did in the eighties, in supporting roles on ‘Brat Pack’ films. Though not a core member of the ‘Brat Pack’, Spader was one of the minor players in this ‘coming-of-age’ phenomenon; his most infamous role probably being that of arrogant playboy Steff in John Hughes’ Pretty In Pink. The film also stars ‘Brat Queen’ Molly Ringwald as a working class, high-school misfit called Andie, who falls for rich preppie boy, Blane (Andrew McCarthy). Spader’s role in the film, is as one of the main antagonists who opposes this relationship, not only because of the social implications (Blane’s his ‘best friend’), but also because of his own proud infatuation with Andie – which she has rebuffed countless times. Spader’s portrayal of Steff is therefore both effortlessly cool and intensely dislikeable. The man dons a pair of sunglasses and wears the sharp, playboy look well – but the sliminess of his character is clear to see under that slick exterior. His quiet, passive-aggressive attempts at manipulating Blaine into rejecting Andie, are as compelling as they are repellent, and though his screen time is considerably shorter than that of his co-stars, Spader certainly makes an impact in this film, some key moments of which are shown below.

Another ‘Brat Pack’ collaboration, Less Than Zero is a much darker coming-of-age tale, based on the novel of the same name by American Psycho author, Bret Easton Ellis. The film features Spader’s Age of Ultron co-star, Robert Downey Jr as Julian, a young man whose life has spiralled into a drug-addled mess, ever since his dream to become a record producer fell apart. Spader plays the ruthless drug dealer, Rip, who is gunning after Julian for a $50K debt he owes. The film also stars Andrew McCarthy and Jami Gertz as Julian’s high-school friends, Clay and Blair, who – despite differences that have stemmed from Clay’s departure at College, as well as an affair that Blair had with Julian whilst still dating Clay – make an attempt to help the increasingly volatile Julian get back on his feet. Spader’s role here is much more villainous than in Pretty in Pink – there is no sense of facade to Rip, who mercilessly knocks Julian down when he vies for sobriety, and even forces him into prostitution in order to relinquish some of his debt. Easton-Ellis famously expressed his discontent with the casting of everyone but Downey and Spader – who captured the dark and gritty atmosphere of underground LA terrifically. Though not a perfect film adaptation, Spader’s performance, along with Downey’s are among it’s saving graces – and promise great things for their reunion in Age of Ultron.

Spader’s performance in Steven Soderbergh’s debut film, Sex, Lies and Videotape, marked his transition from playing supporting roles in teen movies to taking the leading role in mature independent dramas. Spader plays the role of Graham Dalton, an old college friend of John Mullany (Peter Gallagher) – who is sleeping with his sister-in-law Cynthia (Laura San Giacomo), while his wife Ann (Andie MacDowell) is in therapy, John invites Graham, who is an eccentric drifter, to stay with them until he finds an apartment. Graham’s involvement in the lives of these people becomes intimately more complex, when his ‘personal project’ is revealed. Because of his supposed impotence, he cannot function sexually in the presence of another. He therefore finds pleasure in recording – and later watching the videotapes of – interviews he has conducted with women who talk candidly about their sexual experiences and fantasies. Driven entirely by it’s four central characters, the film is an intelligent and compelling drama, that won the coveted Palme D’or at the 1989 Cannes Festival – where Spader also won the Best Actor prize for his performance. His portrayal of this self-confessed voyeur is magnetic and brilliantly nuanced, as the eccentricities of his character are later revealed. That and the sensual chemistry between him and MacDowell make this a fascinating character study and a film worthy of it’s classic cult status. 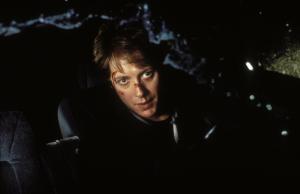 Expanding on his talents for playing eccentric, erotically charged characters, Spader took the starring role in David Cronenberg’s psychological thriller, Crash. Awarded the Special Jury Prize at the 1996 Cannes Film Festival  for it’s “audacity, daring and originality” the film – based on J.G Ballard’s novel of the same name –  is somewhat controversial in it’s content. Spader stars as James Ballard – a film producer who one night, crashes his car into another vehicle. While in recovery, Ballard encounters an eccentric group of people, who find sexual pleasure in the near-death experience of car crashes – including Dr, Helen Remington (Holly Hunter), who was in the car that Ballard collided with. As he enters their world, he becomes increasingly more engaged in this vehicular form of paraphilia, reaching the same brink of obsession as that of the group’s leader, Vaughan (Elias Koteas). Spader’s performance in the film is quiet, but effective as he plays the role of an outsider looking in to an entirely different way of living. The film, though heralded by critics for it’s bold and graphic approach, was controversial amongst audiences – with the film being banned in certain places, including London’s West End, at the time of release.

Please be advised that the clip below does contain sexual imagery and implications. 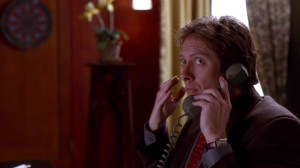 Steven Shainberg’s 2002 film, Secretary – based on a short story by Mary Gaitskill – has been heralded by many as the original Fifty Shades of Grey. And like Fifty Shades, the film explores a BDSM relationship and features a male protagonist called Mr Grey. However, the way in which such a sexual lifestyle is depicted is far more poignant and realistic in this film, than in E.L James’ creation. The story revolves around Lee (Maggie Gyllenhaal), a young woman who is struggling to re-adjust to life after being institutionalised for an incident involving self-harm. She applies to work as the secretary of enigmatic lawyer, Mr E. Edward Grey (Spader). It quickly becomes apparent – through his chastising of Lee for making typos and the way he is taken aback by her unrelenting compliance – that Mr. Grey is a man struggling to withhold his sexually dominant nature. This, combined with Lee’s need for relief from stressful situations (which she previously solved by self-harming) leads the two to engage in a BDSM relationship. Spader’s performance as Mr Grey is powerfully captivating – the mysterious eccentricities of the character, coupled with the tortured sense of self-loathing he feels, is played with an incredible amount of nuance and skill. The chemistry between Spader and Gyllenhaal is also titillating to watch, and makes their characters feel infinitely more real – which is an achievement in itself. 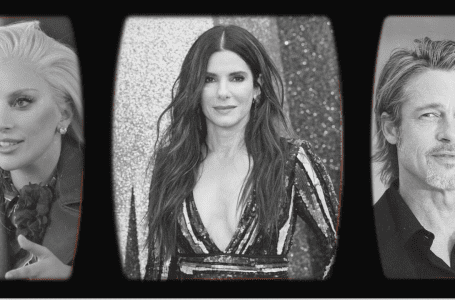