If you ask most teenage girls or in fact women, they will have probably heard of Ryan Gosling. He has become somewhat of an icon in recent years after his role in The Notebook, but it should not be forgotten that this man is actually an exceptional actor, being nominated for an Academy Award for Best Leading Actor in 2006. Gosling has always been somewhat of a star since his emergence in The Mickey Mouse Club along with Justin Timberlake and Britney Spears, but now he has really established himself as one of Hollywood’s leading men and certainly a favourite of mine. Most certainly his breakout role, Gosling’s performance in The Notebook as Noah, a poor, working-class man trying to win the heart of well-educated, wealthy Allie, was definitely underrated. The range of pure emotion exhibited by Gosling drew real attention, and showed his potential as a truly top-rate actor. Of course girls and women all over the world fell in love with Gosling at this point, but he is far more than that. What could have been a cheesy, boring chick-flick became a great story, helped by great acting performances from all the cast, and it can definitely be said Gosling was definitely under-credited for his role, with critics failing to look past the generic, romantic background of the film. The Notebook would certainly shape Gosling’s career, and it can be argued he has a lot to be thankful for to it. It has certainly helped elevate him to where he is today, the kick-starter of his future. 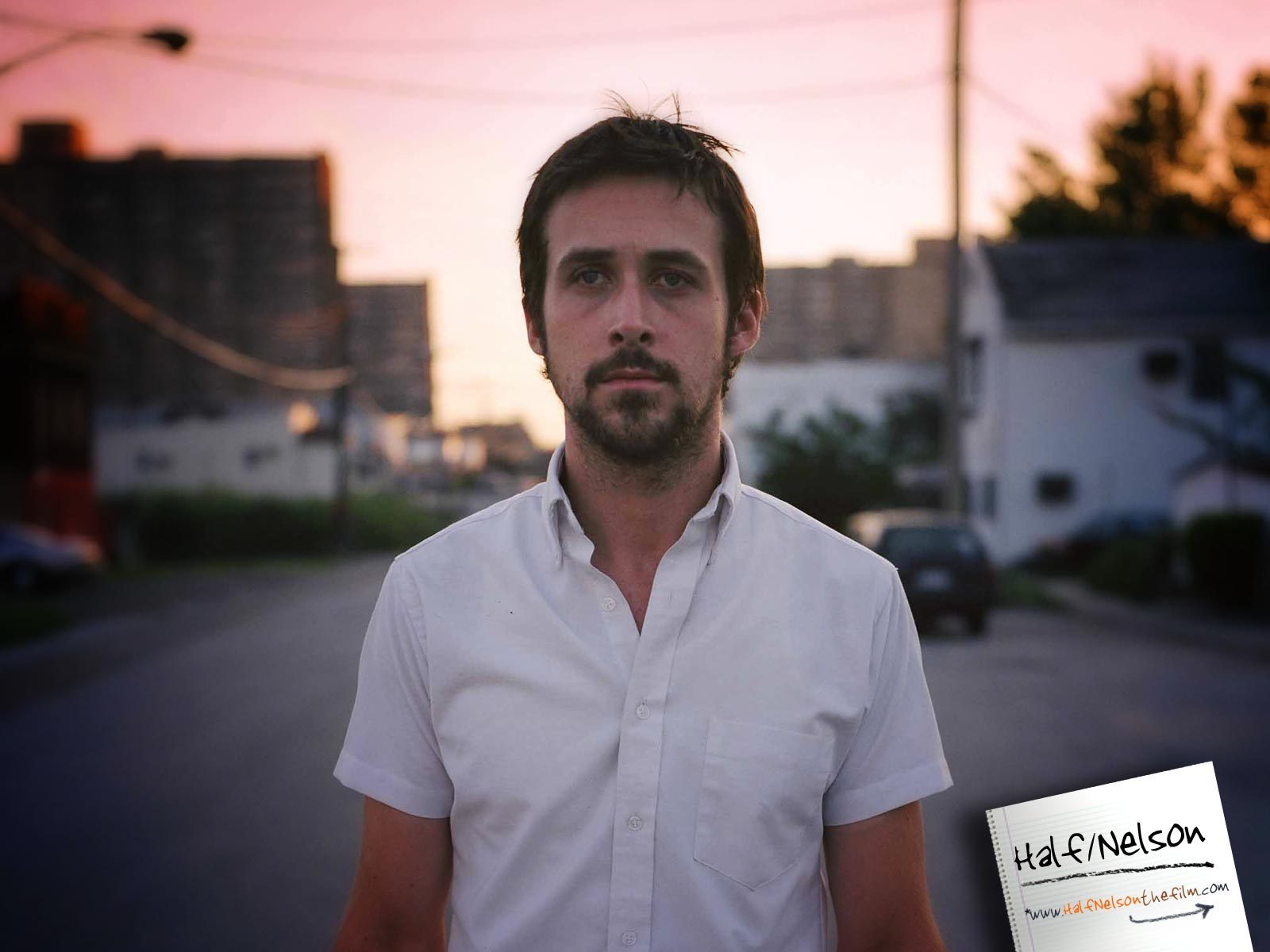 This role, despite not being one of Gosling’s most well known, actually earned him his first and only Oscar nomination, for Best Leading Actor. In Half Nelson, Gosling plays Dan Dunne, a high school teacher in an inner-city school who is also a drug-addict. When one of his student learns of this, what comes next is the unfolding of a strange yet heart-warming friendship, Gosling guiding the young girl away from the undesirable influences she faces (i.e. theft and drugs), and she guides him away from his own drug-habits. The chemistry between Gosling and Shareeka Epps is truly inspiring, and this was certainly a performance that deserved an Oscar nomination. Gosling really puts his heart and soul into this film, mixing his ever-present charm with benevolence and desperation makes Dan such a riveting character, without this performance from Gosling this film could have definitely been very different. Probably his best performance to date and one that earned him deservedly the most recognition by critics.

Again not one of Gosling’s commercially successful films, but another great performance, one that many were surprised to see him snubbed for an Oscar nomination. In Blue Valentine, Gosling plays Dean, a struggling, alcoholic husband and father, as well as his younger self, a poor musician. Along with on-screen partner Michelle Williams, Gosling translates to screen the harsh realities of young people in love, and how having kids can make or break a relationship. Generally people see actors foraying into romantic roles as a bit desperate (early McConaughey), yet Gosling’s two ventures into that world have seen him excel. Gosling gives a truly heartfelt performance that really resonates with the viewer, I’m sure many people out there feel just like Dean sometimes, that sometimes love just isn’t enough. A wide-ranging emotional yet so very real performance from Gosling that really did deserve an Oscar nomination.

This is going to sound perhaps quite biased because Drive is my favourite film ever, I mean the style in itself is just incredible (the jacket). Despite this, this is definitely a great acting performance from Gosling, and whilst it didn’t receive mass critical acclaim, there is a feeling there is far more to this performance than meets the eye. There is clear lack of dialogue for the Driver, yet this is actually a good thing, as it allowed Gosling to tell a million tales with a simple facial expression. Just one smile at Irene or Benicio, or the cold gaze seen in the picture before he attacks Cook, tell a story in themselves. Even when he does speak he does it with charm or with such a frightening menace, and makes the Driver the perfect anti-hero, the viewer can’t help but feel sorry for him, yet at the same time is shocked by his barbaric slaughter of those who threaten the ones he cares about. This film on the whole is perfect but Gosling really captures the essence of the Driver, bringing James Sallis’s character to life on the silver screen perfectly. An underrated and really career-defining performance from Gosling, and after The Notebook, probably his most famous role.

‘Handsome’ Luke Glanton in The Place Beyond The Pines (2012)

In this dark, gritty film about desperation and one man’s struggle to be a father and it’s consequences, Gosling shines as ‘Handsome’ Luke, the motorbike stunt rider turned bank robber when forced to provide for his son. Gosling gives an excellent portrayal of how far a man would go to make a better life for his family, another very emotive performance that tends to resonate with the viewers. Despite some of his violent outbursts and intimidating nature, it is almost impossible not to root for Luke, because Gosling is so powerful and certainly connects with the audience well. The ability to change emotion so quickly really represents a man at breaking point, forced to break the law to do right, Gosling puts his character on the brink to create a captivating performance. Despite his abrupt ending which leaves the rest of the film haunted by his character, Gosling really brought a sense of true fatherly love mixed with pure desperation in order to pull off this character to great effect,  another top performance in a seemingly difficult role.

It was difficult to really narrow down Gosling’s defining moments, because he really has had a stellar career. Other honourable mentions are The Believer, The Ides of March and Crazy, Stupid, Love. Having now gone down the directorial path, his new film Lost River being released in April is certainly something to look forward to. Gosling is truly a great actor, with his Marlon Brando like voice and complex emotional range, his work is certainly underrated.