Dev Patel has been cast in Craig Gillespie’s next semi-historical biopic about infamous strip-club, Chippendales.

Having just finished work on a Cruella de Vil villain origin story (starring Emma Stone) for Disney+, Gillespie is well-known for his black comedy biopic, I, Tonya. Dev Patel most recently starred in The Personal History of David Copperfield, with the enigmatic project The Green Knight also still waiting to be released.

Patel is supposedly attached to star as Steve Banerjee, the man who started Chippendales. Originally named Destiny 2, the club came to be known as Chippendales when Banerjee’s lawyer noticed that the furniture in the club was in a ‘Chippendale‘ style. The name went on to become synonymous with sculpted abdomens and bowties, as the nightclub became a place for nightly shows featuring male strippers.

Paul Snider, who created Chippendales alongside Banerjee, is often credited with the idea of asking the male strippers to don bowties and cuffs. This is a strange mental image, seeing as he then went on to shoot and kill his wife, Dorothy Stratten, and then shoot himself.

Not only this, but another man, Nick De Noia, who had partnered with Banerjee and was raking in a lot of money due to the success of Chippendales, was also found dead at his desk on 7 April, 1987.

Supposedly, Banerjee was jealous of how much money De Noia was making from Chippendales, and allegedly, a hitman (Ray Colone) was hired by Banerjee to carry out the killing. Colone shot De Noia point-blank while he sat at his desk.

Banerjee later confessed during an FBI sting, which was recorded, and he hung himself in jail. That makes fourth deaths in one film, which is a step up from the violence in I, Tonya—that was a case of simply breaking a few of Nancy Kerrigan’s bones.

A far cry from the salivating middle-aged women of Magic Mike, with Patel and Gillespie attached to the film, this sounds like it could be a very interesting film—very much part of the current renaissance of the true-crime genre we’re experiencing. 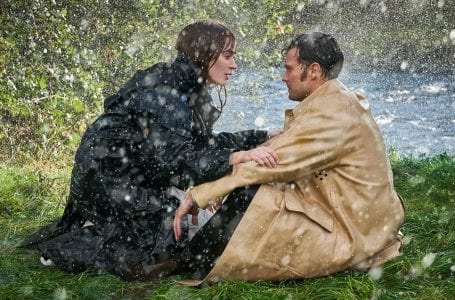