I fancy myself as a bit of a defence pundit. I’m also in my second year of a War Studies BA at King’s College London. So, with the inordinate arrogance of youth (and mediocre talent), I thought Wargame: AirLand Battle (2013) would be a breeze.

I was wrong. Very wrong. Turns out this whole ‘fighting a war’ business is pretty tricky. Who knew?

For those uninitiated in the perennial struggle against the computerised Red Menace (and, by god, it deserves those capital letters), Wargame: AirLand Battle is a real time tactics game from Eugen Systems. The player is placed in command of a NATO or Warsaw Pact brigade with a limited number of units during World War Three and must close with and destroy the enemy. You can play through several dynamic campaigns or create a match-up in skirmish mode.

AirLand Battle stands apart from a lot of competitors by a commitment to well, not realism, but certainly a realistic veneer. It is not a perfect simulator of brigade level operations, by any means; orders can always be sent to units, with no time delay; ranges are compressed. However, the fundamentals are rooted in fact. Tanks will chew through infantry in open ground, but run screaming (well, they run, you scream) from attack helicopters. Also, don’t be so daring with that rotary aviation unless you’ve successfully suppressed enemy air defences. The game is a system of systems, half of them branded with a hammer and sickle, all of them just itching to bite your hand off.

With the above in mind, here are the top five mistakes I made playing Wargame: AirLand Battle.

1) Tank Charges With No Infantry

It was all going so well five minutes ago. Five M1A1 Abrams tanks with a smattering of air defence and recon vehicles were poised to smash into the enemy. I’d moved them carefully through a forest to the right, and now I had a dagger ready to hit their rear. The only obstacle? A small village at a crossroads. Recon said it held perhaps thirty enemy infantry. No dramas, right?

Wrong. My tanks rolled up to village, ready to blast straight through. If the Americans had an iconic song for armoured warfare, I’d be humming it. The enemy infantry let me get into the village, then – bang! RPG, right into rear armour of the last tank. It blew up with a nicely animated fireball. Boom! Another RPG, two more, and the lead vehicle was down. Burning wrecks blocked the roads.

I rushed in my recon vehicles to give some fire support and extract the stuck tanks, but they were too lightly armoured to do anything but die. In desperation, I called up some mortar fire, but it only stunned my own vehicles. A minute later, tail firmly between legs, I managed to extract one battered tank and a pair of recon  fighting vehicles. Not great.

If I’d brought some infantry with me, I could have dropped them into the town and cleared it. Alas, it was not to be. So, remember: always bring your infantry!

The AH-64 Apache is my pride and joy: Eight fire-and-forget Hellfire missiles, dozens of 70mm rockets, and a 30mm autocannon, all moving at 300mph. When defending the light of American democracy from hordes of godless Communists, accept no substitute.

Except when you forget how to do basic reconnaissance, of course.

The thing about AirLand Battle is that, unlike a lot of these games, there is no ‘fog of war.’ Instead, all units have an optics rating and a stealth rating. There’s lot of complex arithmetic but basically if the enemy stealth is higher than your optics, you won’t see the enemy.

I think you can sense where this might be going.

So, consider: I had a platoon of Marines pinned down on a forested hill overlooking a major coastal road. If they fell, the enemy would take the hill and move up the road from there to circle up and cut off my right flank. Not ideal!

Now you might ask, ‘But Matthew, why was your entire position dependent on three squads of unsupported light infantry? To which I respond with fulminations and an insistence that this is a teachable moment.

Luckily, I had my Apache in reserve to deal with this eventuality. I wasn’t a complete idiot, I didn’t intend to throw it right into the enemy main force – though I couldn’t see any lurking anti-air defences, that didn’t mean they weren’t out there. My plan was to move it up about a kilometre back from the Marines, close enough to provide fire support, far enough that enemy air defence probably wouldn’t get it.

Unfortunately, the enemy had moved up a squad of infantry with anti-air weapons behind my lines. Given that the enemy is an AI, I was rather impressed. My men would have seen an anti-air vehicle trying to sneak around, but five troops running on foot in heavily forested terrain were much stealthier.

So about two kilometres out from the hill, my Apache exploded suddenly. This was upsetting and entirely the product of my lack of foresight. Better recon capabilities deployed forward, or an attached recon helicopter that went along with my Apache, would have forestalled catastrophe.

Who doesn’t love big guns? Idiots who forget counterbattery fire is a thing, for one.

AirLand Battle, unsurprisingly for a ‘Cold War gone hot’ game, is amply stocked with artillery. Howitzers, mortars, rocket launchers – they’ve got it all! In the right hands, they’re amazingly effective. With a good set up, you can rain down fire on the enemy constantly. This kills them, yes, but more importantly it makes them disperse. If they’re too busy hiding from your guns, they can’t attack. Perfect!

But, this article isn’t ‘Matthew’s Excellent Artillery Adventure.’ So, what happened? Well, I forgot to move my guns. Essentially, I was prosecuting a very nice target: four enemy anti-air missile launchers. If I could knock them out, then my A-10 aircraft could come in and take down a hostile tank column.

My first fire mission didn’t get them, so thoughtlessly, I did another one.

But the enemy can watch where you’re firing from. They don’t see the units themselves, but they can see the muzzle flashes and trace back the shells. I didn’t move between fire missions, so they had plenty of time to hunt my guns down and annihilate them with their own artillery.

We hate to see it.

This is probably my most simple and most stupid mistake. All units in AirLand Battle have limited ammunition and fuel. You need to resupply them with logistics trucks and helicopters. Normally, this isn’t so much of a problem – a normal tank carries forty rounds, enough for a serious fight.

But one unit in particular doesn’t have much ammo: Anti-Tank Guided Missile units, or ATGMs. These infanteers have a small number of excellent long-ranged missiles, perfect for taking out enemy tanks.

I think you can see where this is going. I had a beautiful bastion set up in a town, with tons of ATGM squads in position. No tank was going to get within a mile. Until the enemy decided to rush it with cheap armoured personnel carriers. My missile squads duly fired off their missiles, taking down the chaff. Then their actual infantry fighting vehicles rocked up. I clicked furiously on them, bidding my boys to fire…only to realise belatedly that they’d run out of ammo and I hadn’t brought up any supply trucks.

I don’t think we need to go into the results.

This is another simple and stupid error, but I think I can blame Eugen for this one – honest! As mentioned above, recon is very important in this game. One cheap source of it can be found in reconnaissance jeeps, unarmed and unarmoured vehicles that can perch in cover and overlook key areas.

Unfortunately, Line of Sight in this game can be a bit dodgy. You can use the ‘Fire POS’ tool (telling a unit to fire its guns at a location rather than the enemy) to work out what it can and can’t see. But those recon jeeps I mentioned don’t have any guns.

As with a lot of these, you can imagine where this is going.

I had smugly covered my left with a string of recon jeeps, tucked away in forests and bushes. Apart from that, I left just a token force there, knowing those jeeps would spot the enemy from miles away and give me plenty of time to reinforce.

So, imagine my expression when, suddenly, an enemy tank company appeared deep behind my lines (spoiler: I looked like I’d been smacked across the face with a large haddock).  After some furious re-arranging, I repulsed them and then I had a look at my jeeps. All of them were still sitting pretty, having never seen a thing.

And then it dawned on me…I hadn’t checked the line of sight for those vehicles; they’d spent the entire game staring into a bunch of trees, rather than at the enemy.

And if that isn’t a metaphor for…something profound, then I’ll eat my hat. 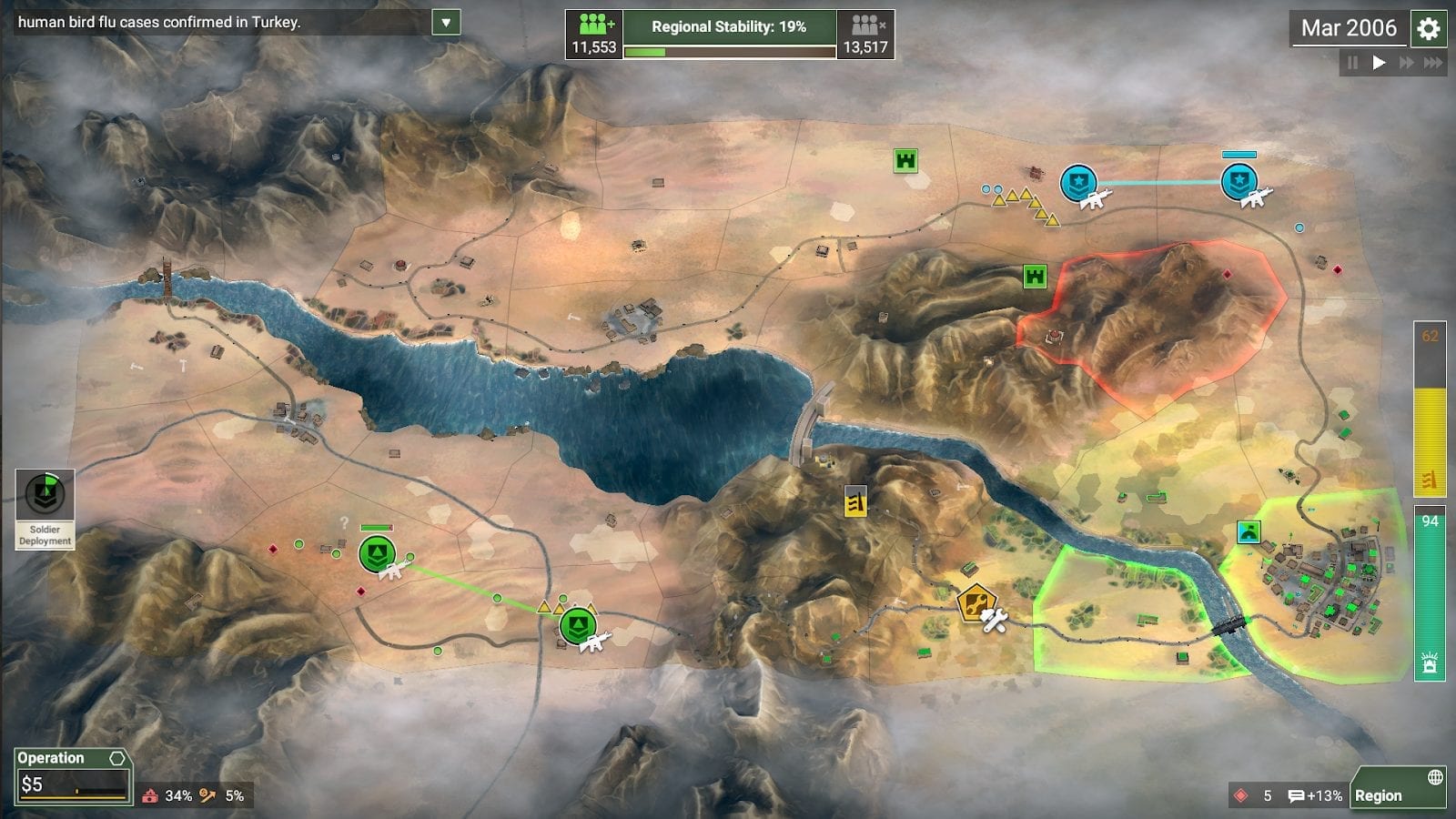 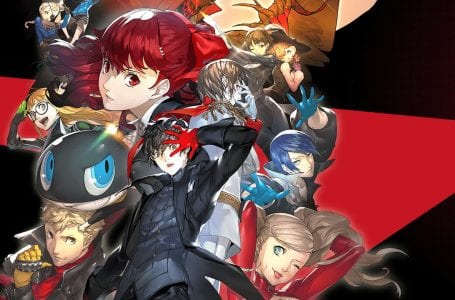 Persona 5 Royal: Is It Worth Buying?