Selecting who should headline your festival will undoubtedly give organisers sleepless nights year on year. It goes without saying that a strong line-up is built on great headliners and finding that balance between those top acts is probably one of the hardest jobs. It seems to be that every bill topping band must fit a certain story with titles from: ‘The Return’, ‘The Risk’, ‘The Chart Toppers’, ‘The New Blood’, ‘The Throwback’ or ‘The Showstoppers’.

This year, Download Festival seems to have found that perfect balance between its headliners of System Of A Down, Biffy Clyro and Aerosmith. That mouth-watering trio will rock Donnington this June in what could be its best year yet.

Download Festival, known historically as the UK’s premier rock festival, has been the centre to a lot of debate in recent years as it has adapted to fit with the changing landscape of the rock genre. To the die hard fans of rock and metal music, Download is now judged as more “lightweight” than before with more of a place for pop punk bands and those who regularly decorate BBC Radio 1. That in turn has seen festivals like Bloodstock become a welcome change for those who claim to be more hardcore. And then, on the other side, an argument rages for bands like Slipknot, Metallica and Iron Maiden constantly headlining the festival and no real opportunity for other acts to take the top spot.

But this year, those arguments can are mute with a selection of headliners that brings something for every rock fan. Here’s why:

System Of A Down

Need I say anymore? The last time System Of A Down graced Download was their reunion back in 2011 but now, 6 years on, this feels like the alt-metal legends are actually taking their next step. It’s been over a decade since their acclaimed double album ‘Mezmerize’ and ‘Hypnotize’ and, if the rumours are to be believed, the follow-up isn’t far away. So, when SOAD take to the Main Stage on Friday night, it could be that Serj Tankian has something new hidden up his sleeve to really start this new chapter in history of this most highly regarded metal band.

Or…if they don’t want to share anything new then their set will still be packed with all your favourite System’ hits. With enough protest music to tear your vocal chords to and some massive pits, this is going to be the perfect start to the festival weekend.

There is absolute no denying their credentials as more than suitable Download headliners.

The most hotly debated of the headliners this year, Biffy Clyro will make their debut headline slot at Donnington one to remember. Much like MUSE a few years back and Linkin Park once they become more experimental with their sound, the announcement is another venture into mainstream rock music for Download Festival.

Yeah, its that band who had that X Factor song a few years ago but also ‘Living Is A Problem Because Everything Dies’ is a driving, alt-rock, masterpiece that still sends chills down your spine. From their latest album ‘Ellipsis’, the stratospheric rise of the Scottish trio has continued and with that comes a scintillating live show that is sure to prove any doubters wrong. Plus, Simon Neil is no dummy so when they walk out on the Main Stage they’ll know a Download crowd is there to get down so a few of the ballads may be overlooked in favour of a few of their older rippers. Expect ‘Saturday Superhouse’ by name and nature.

And for those people for whom there is just no pleasing, Rob Zombie is headlining the Encore Stage.

As if saying farewell to Download Festival isn’t heartbreaking, the idea of saying farewell to the legends that are Aerosmith may be even worse. Donnington is no stranger to saying goodbye to its revered heroes- Black Sabbath’s appearance last year will down in history – but this is more than likely to be a celebration of the rock band.

It’s fair to exercise caution and assume that the ‘Aero-Vederci Baby! Tour’ will be the last time we see the Bad Boys from Boston on UK soil but, like with everything that Aerosmith do, you can never really be sure. The same cynicism is reserved for hopes of a new album ever materialising but when they return to Download once again, be sure to hear all the classics.

That Sunday slot at the festival is often reserved for true heroes of rock music and they don’t come any bigger than Steven Tyler and co so it will be a fitting end to the festival and the love affair between Download Festival and Aerosmith.

Convinced? Well you should be. I mean, that combination of the heavyweight power of SOAD, the fresh showmanship of Biffy Clyro and the absolute living legends of Aerosmith is something everyone can get behind. But…but if that’s not floating your boat then there is a lot more doing on around Donnington this year with headline performances from SUM 41, Slayer, The Dillinger Escape Plan, Wednesday 13, Sleeping With Sirens and the already mentioned Rob Zombie so enjoy! 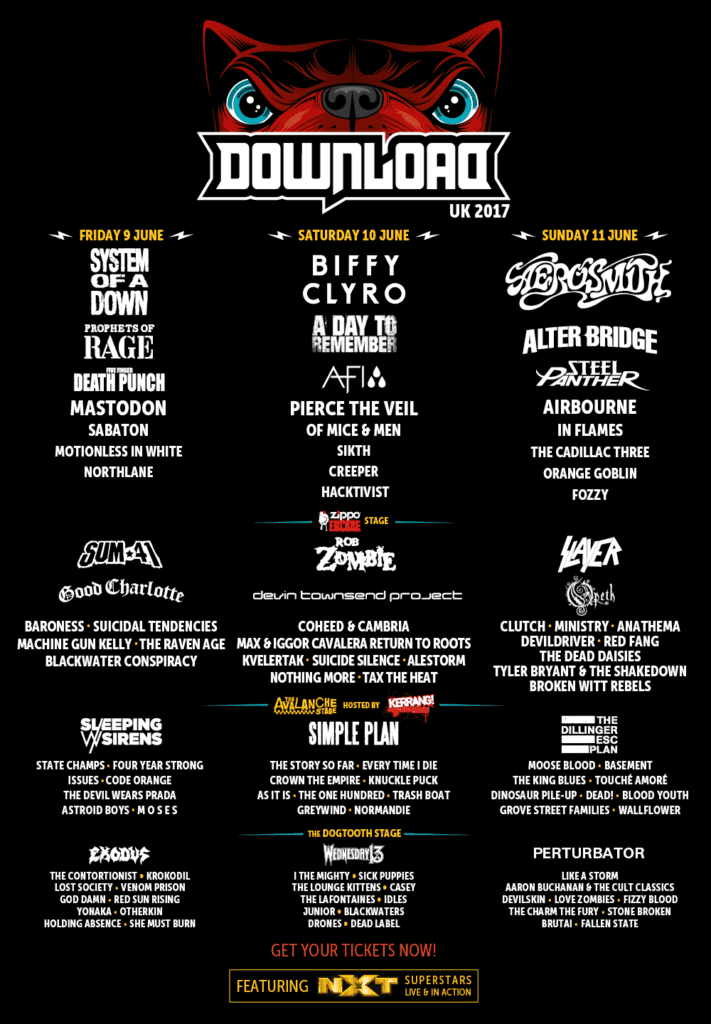 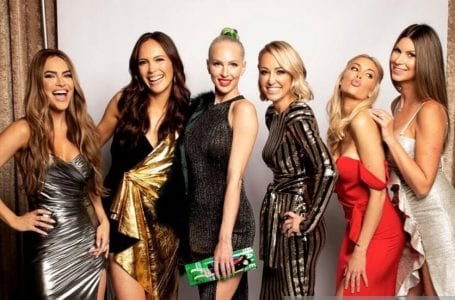 TV Review: Is The Shameless Escapism of...