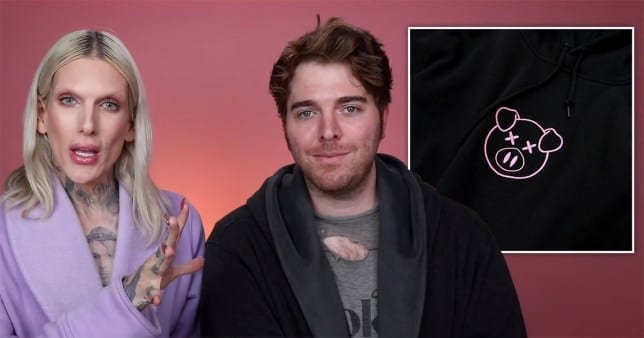 You would have thought with a global pandemic, worldwide Black Lives Matter protests and that one brief threat of murder hornets, the drama thirsty beauty community would take a year off. However, that hasn’t happened. After the forced outing of Beauty Guru Nikkietutorials in February this year and last year’s dramatic cancelling of James Charles, often referred to as ‘Dramageddon 2.0’, we naively thought the tea was finally done being spilled.

We couldn’t have been more wrong.

Youtube veteran Shane Dawson entered the beauty community around a year ago under the guise of a documentary series about the inner workings of the beauty industry, titled ‘The Beautiful World of Jeffree Star”. This was quickly revealed as an exercise in marketing for a collaboration collection between Shane and Jeffree Star Cosmetics, with its aptly named centrepiece: the ‘Conspiracy Palette’. Whilst the video did include other aspects of the community, it was mostly regarded as a PR stunt for the collection. Shane has since done very little to further his interaction with the community, following the palette’s release, limiting it to occasional videos of him playing with makeup.

Alongside this series a now infamous video was uploaded by beauty Youtuber, Tati Westbrook, titled “Bye Sister”. This video was directed at fellow guru James Charles, throwing some serious accusations about inappropriate sexual behaviour at his feet, causing him to lose millions of subscribers and affiliate deals overnight. Eventually, time began to heal and the dust settled, James gained many followers back and the chips lay where they had fallen.

That was until Shane decided to dredge it all back up – just in time for his Conspiracy palette restock this year. Shane Dawson posted a statement answering questions about his involvement in 2019’s ‘Dramageddon’, in which he calls the community a “circus” and addresses rumours that he orchestrated Tati’s video – which he denies. He summed this up saying it was always the same gurus involved in scandals and he was “over it” and leaving the community. Many people took offence to this for the sheer fact he was never really considered part of the community but rather Jeffree Star’s pet project. This left a bitter taste in fans mouths and a feeling among them that they were manipulated. The beauty world had welcomed him with open arms – and open purses – only to be tossed aside a few months later due to the drama of which he was the probable cause.

This led to a mass cancelling of Shane which spiralled into people dragging up videos from his earlier years on Youtube where he engaged in behaviour that is wildly inappropriate. So inappropriate that Jada Pinkett Smith and Jaden Smith tweeted a response to a certain video involving a poster of then 11 year old Willow Smith. To his credit Dawson responded, as all is standard now, with a long apology video on his channel. Unfortunately, his apology seemed to lack any genuine apologising, going down like a led balloon as more and more distasteful and shocking videos emerged – so many that Youtube has since made the decision to demonetise all three of his channels and major makeup brand Morphe, who have a close relationship with Jeffree, removed the Conspiracy collection from their sites.

Enter, Tati. This grown woman, once again unable to hold her silence, posted another video this time accusing Shane and Jeffree of manipulating her into filming the original ‘Bye Sister’ video. This 40 minute equivalent of a reverse Uno card directly states that the two fed her information about James assaulting minors. She goes as far as alleging Shane even offered to edit the video for her and that she has hired lawyers to get involved in the matter. Dawson then does the rational thing any 30 something year old would and jumps onto Instagram live to document his response and call her a liar.

So where does this leave us? Beauty community aside, Shane Dawson is most definitely cancelled for his back catalogue of unacceptable videos. However, the entire saga reveals something deeply unsettling at the core of this community – we are constantly laying in wait for the next batch of controversial drama. This is something those at the top of this game are only too willing to give, throwing each other under the bus at the slightest whiff of trouble. There is a reason Jeffree has thus far remained silent on the matter and I’m sure he will comment soon in the loudest way possible, as he has been known to do, shattering any thinly gained peace.

Are we not over this yet? These are grown adults who cannot take responsibility for their own actions. If Tati was manipulated, it doesn’t stop the fact that she sat down, filmed, edited and then posted the original video, at a time when she was allegedly concerned for James Charles’ mental state and physical safety. If Shane hates the community and the controversy so much, why post a statement restarting old fires? Why not leave quietly? The drama is an infection that continues to hurt this festering community.

The spotlight is hard, we hold those we watch to a higher standard and aren’t so ready to forgive or forget as we are in normal life. Some actions should be called out (racist videos definitely being one of them) and we have to hold people accountable. However, does it always need to be this massive pile on where someone is ‘cancelled’ and tossed aside until they can lay the blame at someone else’s feet? This never ending witch hunt is tired now, particularly when there are real issues going on in the world. Shane may be abandoning the beauty community but many of those who are still here are no better and just as accountable for creating the environment that allowed this to unfold.

Dear beauty gurus: take responsibility for your actions and show genuine responsibility. Posting an apology video is not enough. Simply put, do better.