A new production of I Could Use A Drink by Drew Gasparani is set to have a virtual premiere next month with stream.theatre.

Gasparani, also known as a composer on NBC’s Smash, originally released the Broadway concept album in the US eight years ago. The collaborative recording features the likes of Wicked’s F. Michael Haynie and Rachel Potter from Evita. Recording took place in New York, San Francisco, and Melbourne, Australia.

Announcing the new show on his Facebook page, Gasparani commented that he is “so thrilled to see this album continue to get love within the theatre community. Thank you to my UK fans.” The lyricist, composer and songwriter also hosts the theatre podcast Now We’re Talking.

Gasparani has previously been named as one of Playbill‘s Contemporary Musical Theatre Songwriters You Should Know.

The production is being presented by Alex Conder, who also directs, and Liam Gartland for Gartland Productions. Musical direction comes courtesy of Flynn Sturgeon.

I Could Use A Drink will be available to stream from Friday 7 to Sunday 16 May 2021, with tickets available online. 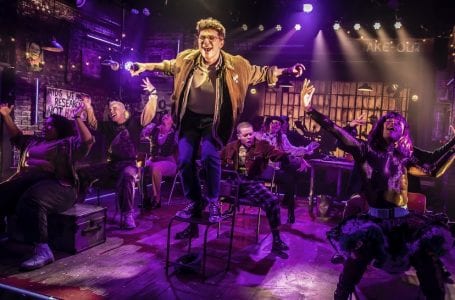 Living Out At University: The Survival Guide