Black History Month will be seen differently by white audiences this year. The rallying cries from the Black community finally awakened white members of society not just in the US, but across the globe. With many from the white community standing in solidarity with their Black and minority neighbours, people are finally accepting and attempting to understand the disadvantages faced by coloured people throughout the world.

With a rise in awareness of the Black experience, comes a responsibility to begin consuming media that challenges stereotypes and that presents the Black experience in an authentic and genuine way. In an effort to increase the diversity of their programme and the films they expose their audiences to, the BFI has featured a sizeable number of BAME filmmakers as part of the London Film Festival. The industry has, rightfully, finally given non-white films (and filmmakers and journalists and creatives…) the global platform they deserve.

But it’s an injustice to market Eyimofe (This Is My Desire) as just a film about the Black African experience. Eyimofe, in equal respects, transcended the boundaries of national cinema while also reclaiming the Nigerian identity. It’s a film that captures within its simplest moments the most powerful truths about humanity.

Eyimofe depicts the troubles faced by an engineer, Mofe (Jude Akuwudike), and a hairdresser, Rosa (Temi Ami-Williams), when they try to emigrate out of Nigeria. Both Mofe and Rosa are older siblings, providing for their younger sisters, living parallel but separate lives in modern-day Nigeria. After Mofe loses his sister and her two young sons to an accident caused by faulty equipment in their rental apartment and Rosa’s sister Grace falls extremely ill, the pair fall into crippling debt from the medical expenses to help their loved ones.

Eyimofe functions as a standard social realist drama: the film, relatively unaided by glamorous and flashy filmmaking techniques, relies on its captivating story and stunning performances (a combination of nuance, restraint and power from Akuwudike and Ami-Williams). It’s a simple film, with no flares or excitements, but with a message that can be told and experienced the world over. 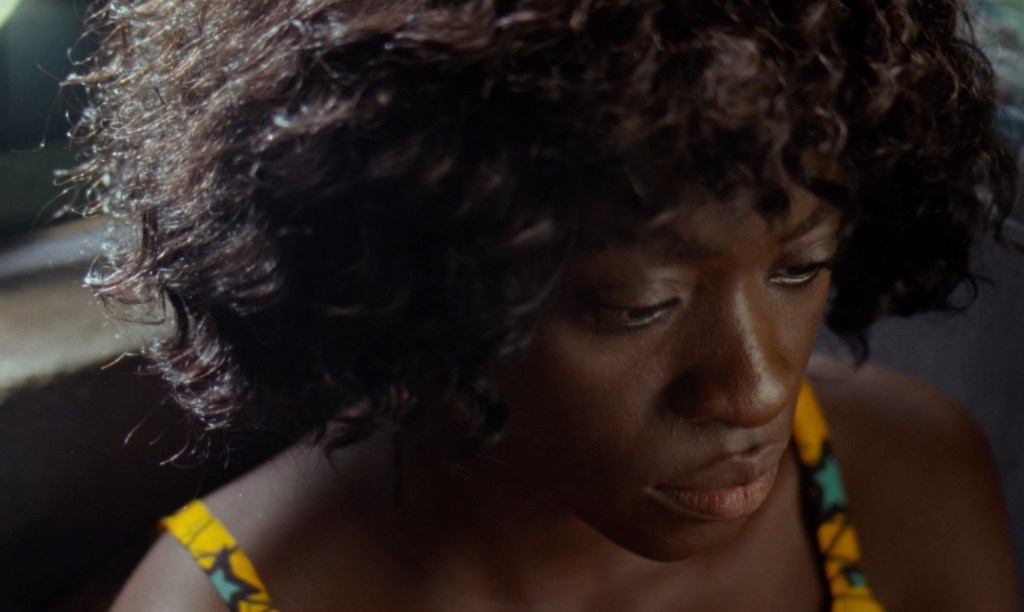 The film flutters through two prominent themes: family and capitalism. The protagonists do what they must to protect their family (and their legacy) – even if that means suffering financially and emotionally themselves. These are universal themes: we can all relate to the devastating and debilitating doom of debt looming over us, as we try to survive in a world dominated by the dollar. And we all want to do whatever we can for the ones we love.

In this sense, Eyimofe is able to breakdown national barriers, allowing audiences from across the globe to relate and understand the woes of the film’s main characters. Yet, it never loses its heritage as a Nigerian film. Funded entirely in Nigeria with an almost completely Nigerian cast and crew, the film grapples with these human themes through the lens of migration.

In their quest to make their family’s- and their own – lives better, Mofe and Rosa seek what they believe will be a better life in the West. But, of course, their dreams are destroyed when life just happens. This is a narrative prominent in non-Western countries, and the presence of it in a film that is so universal allows the viewer to reflect on the experiences of those in different nations. We are all one human race, after all.

It’s fair to wonder if Eyimofe would have been available to audiences at this year’s film festivals had we not been in this current state of crisis. And perhaps it wouldn’t have been. But that is simply an injustice to this tender and provoking film about life and love. Perhaps Eyimofe will not receive the views it deserves because of our biases towards films different from what we usually consume. But trust me when I say, Eyimofe will touch aspects of your life regardless of where in the world you’re from.