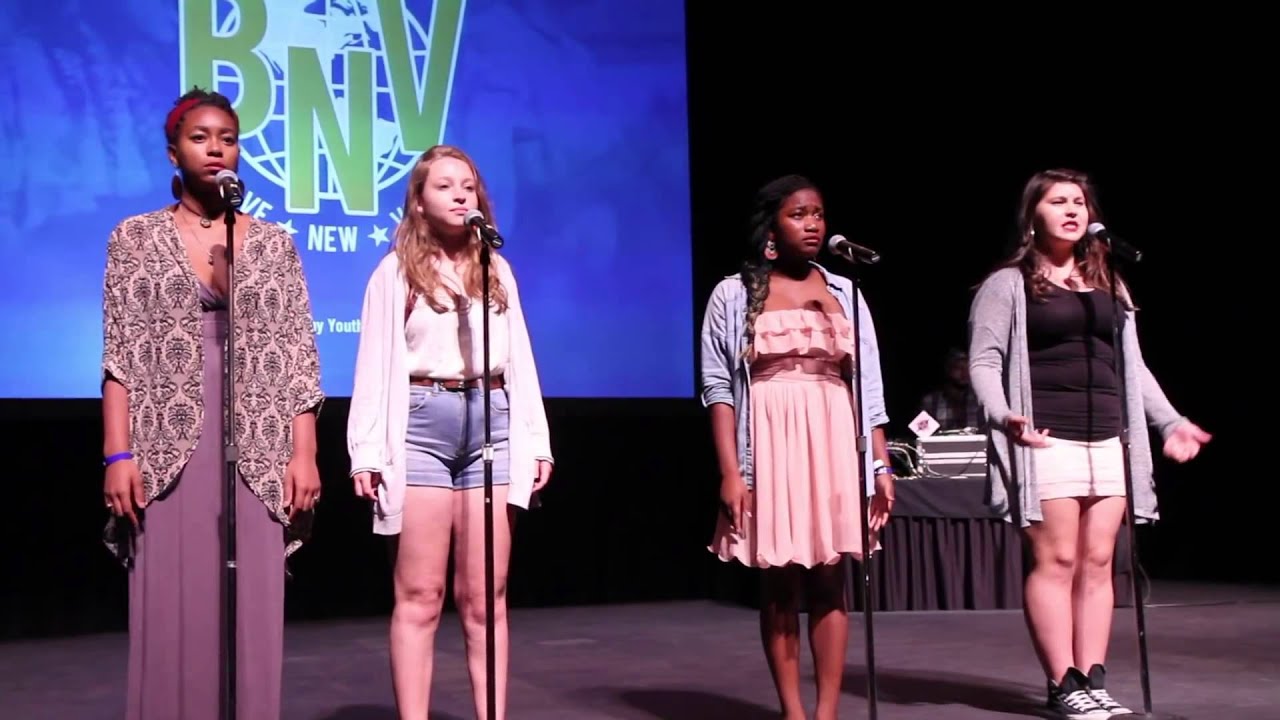 One of my guilty pleasures when falling down the YouTube rabbit-hole is not adorably hilarious cat videos but scrolling through the spoken word search results. I’ll admit, this particular video gave me goosebumps the first time I saw it – and every time since.

The four ingenious poets are Ashia Ajani, Tolu Obiwole, Abby Friesen-Johnson and Alexis Rain Vigil. And they nail it. I think one of the main reasons this poem is so important, especially to young female feminists like myself, is that it speaks to the little girl in all of us. It reminds us of where we’ve come from, where we’ve been, and where we’ll go. The opening line in particular rings ever true: “Feminism is so clear cut when you are six years old.” It’s true; consciously or not, I was already advocating for an idea as a little girl, even if I didn’t yet have the vocabulary to put a name to it.

But ‘Feminism’, speaks volumes beyond that. International feminism is an issue of ever-immense importance and relevance. Feminism has, engrained in its very values, the need to protect one another as human beings. As the poets say, “Feminism isn’t just for white women anymore, and it never was.”

The chorus of four powerful, passionate, intelligent young women speaking together in synchrony about what the feminist movement strives for will never not send chills down my spine. It’s said in the piece, “I constantly chew my words before I speak so when they leave my mouth they are easy on the ears.” However, if this masterpiece is what comes of not censoring and worrying over each word we say before we say it, then maybe that isn’t such a bad thing.