Since its inception seven years ago, A24 has taken great strides in transforming itself from a fledgling production company into a powerhouse of independent cinema, with no less than 25 Academy Awards under their belt. With films such as Lady Bird, The Killing of a Sacred Deer and this year’s cult summer hit, Midsommar, it is clear that A24 are more than happy to champion a whole range of genres. Now, in celebration of their immense success, they are releasing three limited edition hardback books on just some of their biggest titles: The Witch, Ex Machina and Best Picture winner, Moonlight.

Each of these beautifully presented hardback books will run around 225 – 240 pages long and feature unique facets that thematically encapsulate each films’ unique narratives. Moonlight will include an exclusive foreword by singer, Frank Ocean, transcripts of speeches from the Academy Awards and an essay from the author of White Girls, Hilton Als. The Ex Machina book fluctuates between art and theory, featuring original concept art of the movie’s production, along with essays from masters of their fields in gender studies and robotics, Jack Halberstam and Murray Shanahan. Finally, The Witch will see transcribed conversations between the film’s director, Robert Eggers, along with historian David D. Hall, unique sketches made during filming by Robert Eggers, and short fiction by horror and fantasy writer Carmen Maria Machado. 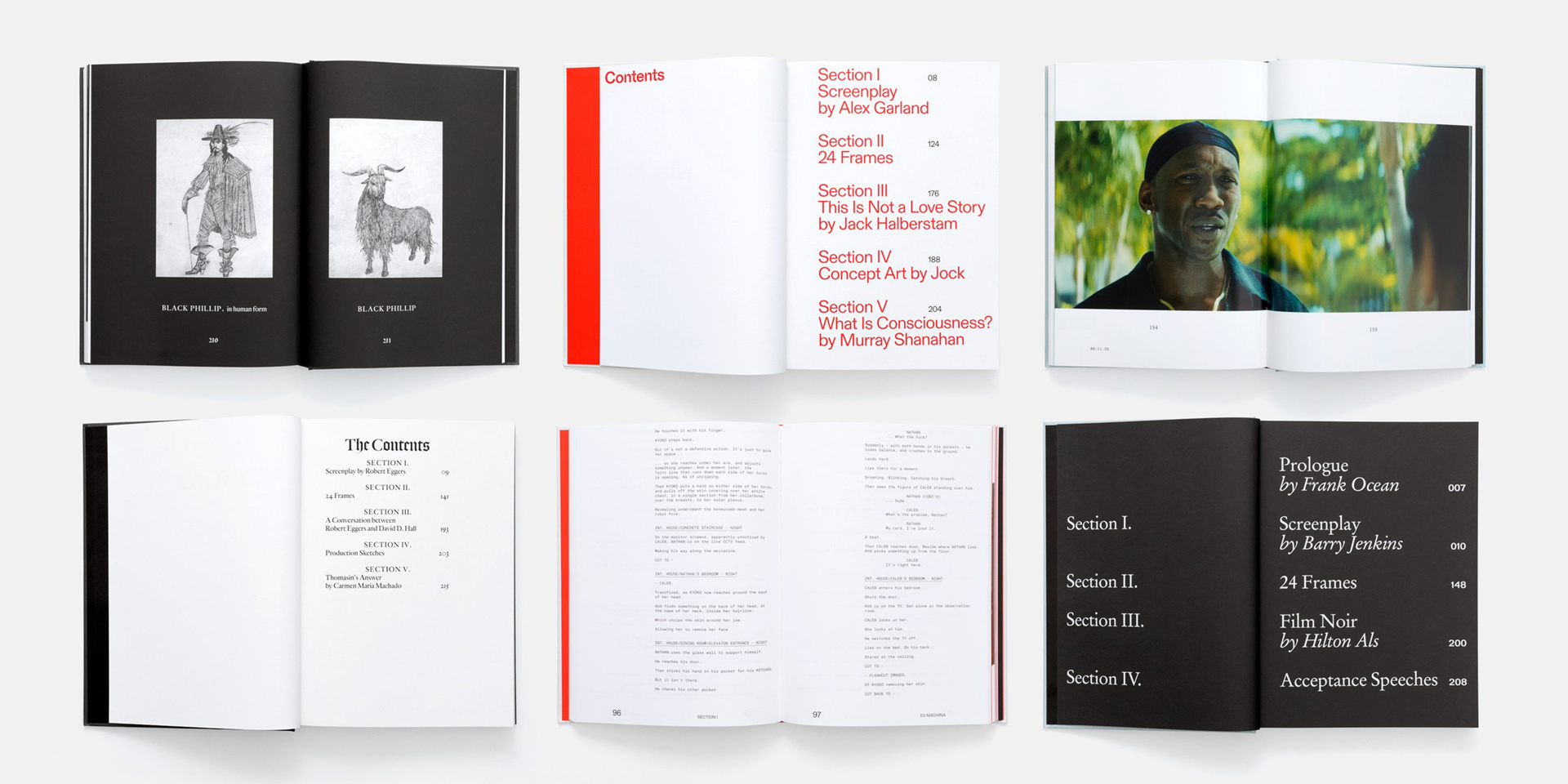 Alongside these wonderful exclusives, the books are undoubtedly any screenwriter’s boon, as each will feature the final draft screenplay of each film. I’ve always wanted a copy of The Witch’s script, and it looks like now is my chance. But, with rarity comes expense: priced at around $60, these really are going to be difficult to get a hold of in the future.

For any A24 fan, these books are a must. Collectable, rare, and perfect for any movie buff. If these are a success, it would not surprise me if we saw more films given this treatment. Just imagine a gloriously stylised Midsommar book or even branching out into television, given the incredible success of their most recent venture, Euphoria – and the things I would give for an Under The Silver Lake edition.