Todd Phillips’ contribution to the DC canon, Joker, has just scooped the top award at the Venice Film Festival, beating out tough competition from the likes of Ad Astra and Marriage Story.

Having been praised by critics for transgressing the tropes that one may expect from a comic book movie, Joker sees Joaquin Phoenix star as Arthur Fleck, a wannabe comic who falls into a maniacal depression and begins to commit crimes across Gotham City after a series of as yet unclear events. Seemingly steeped in a similar mythic energy to Taxi Driver and The King of Comedy, the trailer alone is a goosebump-inducing tour de force that gives very a little away yet entices with its subversion of cultural DCU touchstones.

Described as “bold, devastating and utterly beautiful” by Empire, “gloriously daring and explosive” by The Guardian and “powerful and original” by The Indiependent, Joker has somehow managed to build upon its already sky-high hype. Some critics who saw the film made some criticisms however, stating that it moves so far away from the DC universe in a way that may antagonize particularly zealous fans; another claim made in many reviews is that the levels of sympathy we’re supposed to feel with the uncomfortably violent Fleck is at times confusing or even misguided. The Golden Lion is often a good indicator of what will go on to perform well at the Academy Awards, though, having been won in previous years by Roma and The Shape of Water, and so it appears that despite some critics’ reservations, Joker is set to have a busy couple of months as we approach awards season.

The Venice Film Festival was criticised in previous weeks for featuring a line-up that only had two films in competition directed by women. Even more troublesomely, though, is the news that child rapist Roman Polanski’s An Officer and a Spy won the festival’s runner-up prize, the Silver Lion. Although awful people can still be talented, Polanski’s award – and the fact that he was even invited to premiere his work – is baffling at best and sends out a terrible message to victims of sexual assault. Festival director Alberto Barbera has hit out at his adversaries, saying that “the history of art is full of artists who committed crimes but we have continued to admire their works of art, and the same is true of Polanski.” Though bestowing respect upon an abhorrent sexual abuser and fugitive may be the Venice jury’s prerogative, the news certainly hasn’t gone down well.

Joker will be released in the UK on October 4th. 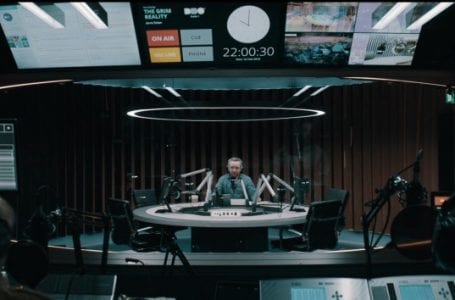