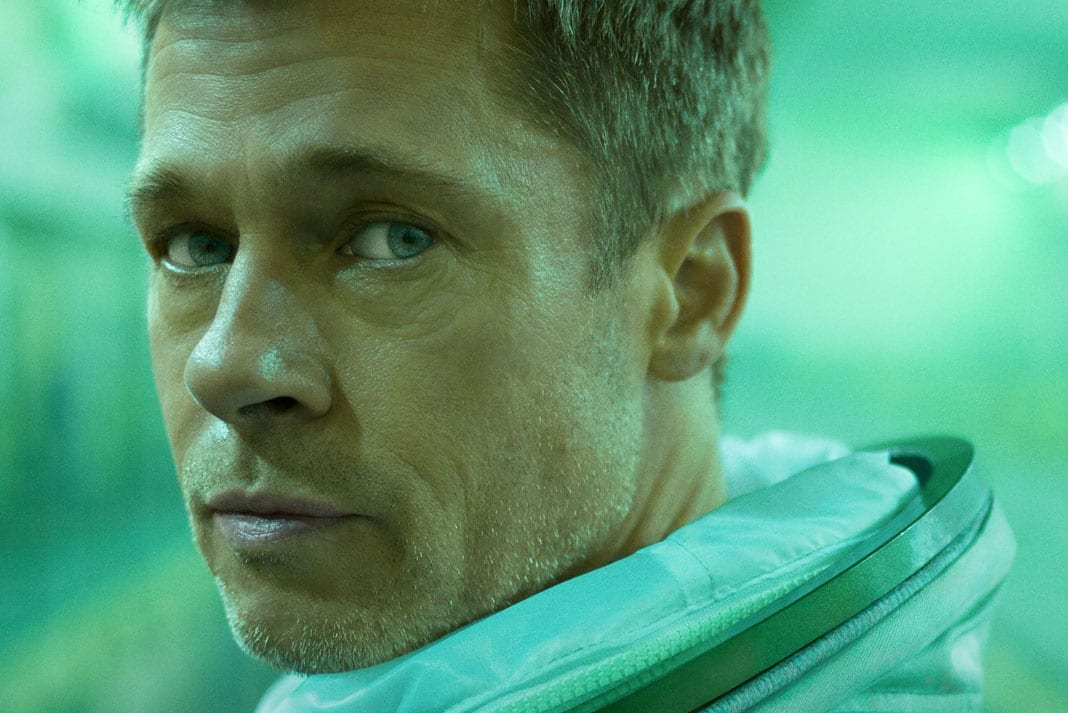 There was speculation at one time that the world may never get to see director James Gray’s (The Hunger Games, The Lost City of Z) sci-fi epic Ad Astra. Amidst the Disney/Fox merger and several pushbacks of the film’s release date, it certainly felt as if a film with huge potential could’ve been cast aside by a studio who didn’t view it as a crucial part of their release schedule and left in limbo. Fortunately, despite all the behind the scenes issues, Ad Astra is finally out in cinemas and has certainly delivered on its promise.

When analysing the plot of a film like Ad Astra, that contains themes of space travel, mankind’s future, family and the human psyche, it’s certainly easy to get caught up in comparing other film’s that have gone before it. However, this is doing the film a disservice as it stands firmly on its own two feet in being an original sci-fi adventure, the kind that the major studios should be putting their money behind. When mysterious power surges begin to cause serious problems on Earth, astronaut Roy McBride (Brad Pitt), must attempt to communicate with the source of the surges, a spacecraft outside Neptune that was captained by his father (Tommy Lee Jones), a famous and idolised astronaut who’s been presumed dead for a number of years, yet it is believed he is alive and the one inflicting these dangerous surges on Earth. What follows is a tumultuous journey into the vast reaches of space that touches on some novel ideas as to where humanity might be in the near future, such as turning the Moon into some kind of lunar Disneyland and space pirates fighting one another over resources like a Moon-set version of Mad Max. Despite deftly controlled tension throughout, there are points where the story might suffer from pacing issues, particularly dragging in the second and third act after a rushed start.

Although at times Ad Astra may feel like a slow burner to most audiences, this aspect means that Gray enables the audience to indulge in all the visual and audial splendour that the film offers in abundance. At this point, it is arguable that Ad Astra contains the best visuals and sound on offer in cinema this year, which is no mean feat for sure. Cinematographer Hoyte van Hoytema (Dunkirk, Interstellar) has truly established himself as the unrivalled master of capturing space visuals, both inside and out of the film’s various spacecrafts. The special effects on display work seamlessly with his camerawork and the application of colour palettes relevant to the film’s several locations make for some truly striking sights, particularly in how they are used in framing close-ups and mid-shots of Roy. The way van Hoytema captures the intricate set designs certainly invokes shades of Geoffrey Unsworth’s timeless work on 2001: A Space Odyssey, where the use of reflective shots in Roy’s helmet standout as some of the all-time great science fiction visuals. Whilst Gray and van Hoytema are certainly inspired by sci-fi films of days gone by, there is a feeling that the lush visuals on display here will be referential for future filmmakers, even if there may be just one too many lens flares.

Though Ad Astra’s visuals are one of its greatest achievements, they are accompanied by an atmospheric, ethereal score by Max Richter that adopts so many different styles and perfectly complements Roy’s wondrous journey through the stars. The way in which it is constantly adapting to set the tone for each scene is marvellous, ranging from soft piano to rapid synth then to orchestral sounds helps imbue each scene with the spectacle it commands from the audience and as previously mentioned, stakes it’s claim as the best score of the year so far. There are smaller elements of sound design that really shine through also, such as each panicked breath from Roy in his space-suit truly filling the room and the tremendously satisfying sounds that accompany gun fire and each little noise inside the spacecrafts. The editing is essential in creating the tension and also the emotion, especially in a scene where Roy is subject to visions from his past that help the audience to establish a deeper connection with the personal battle that Roy faces.

One element of the technical aspects that falters at points is the use of Roy as a narrator, which is somewhat overused and contains clunky bits of script that offer a little too much exposition. Whilst this voiceover works at certain points, the film does have a tendency to rely on it which distracts the audience from taking in the story as it unfolds. The script is mostly polished and it’s delivered brilliantly, but there are moments of questionable dialogue that is either repetitive or feels like it’s trying to hard to be a sci-fi film, which it really doesn’t need to.

Most of the summer, Brad Pitt has been riding the wave off of his spectacular supporting performance in Once Upon a Time… in Hollywood, generating some serious Oscar buzz. However, in Ad Astra, he serves as the film’s lead and gives arguably his greatest career performance that could equally be the crux of his awards season chances. It’s amazing that a Pitt, a certified superstar with bags of charisma and charm that are on display in Once Upon a Time, is able to seamlessly transition into playing Roy, an introverted astronaut who often comes across as cold and devoid of any real emotion. Once the plot begins to unravel, Roy goes with it as the film’s sole emotional anchor, where Pitt delves into a mature, emotionally-charged and heart wrenching performance that really gives the film a major boost. Although he may not compete with the likes of Joaquin Phoenix and Adam Driver for Best Actor, Pitt is truly at his best as Roy, delivering one of the great sci-fi leading characters that the audience can’t help but emotionally resonate with.

Ad Astra, despite the odd pitfalls found in its over-exposition and pacing issues, is a truly uncompromising, ambitious and sublime piece of filmmaking from a director who deserves any studio support he gets. The film is a beautiful, haunting sci-fi adventure that should score big nominations across the technical categories and boasts Brad Pitt’s career-best performance. Films like these have to be seen by a bigger audience in order to continue getting made, so despite it perhaps not being hugely audience friendly, it is undoubtedly worth the watch.