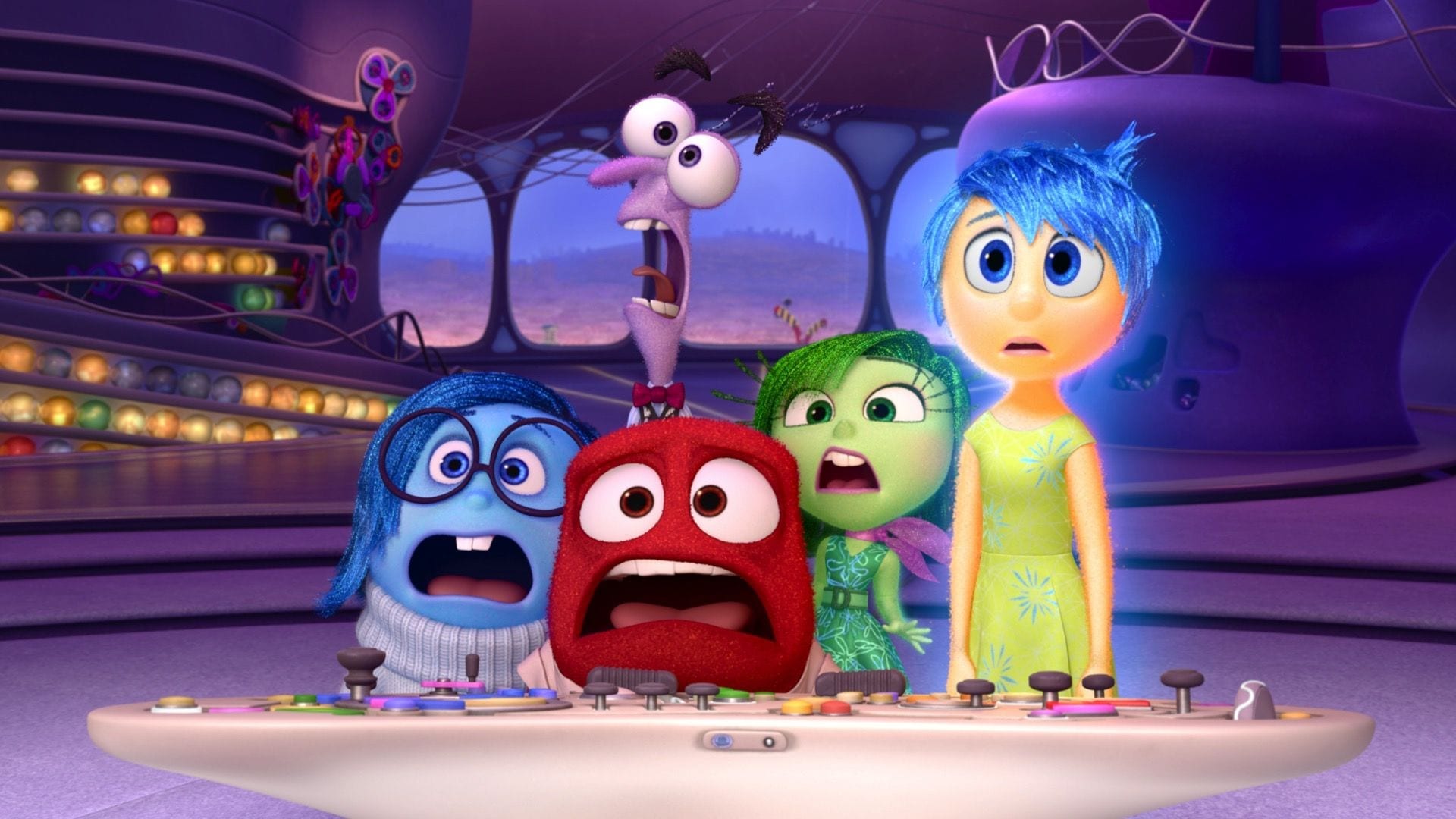 Inside Out (directed by Pete Docter and Renaldo del Carmen) is a heart warming film that unexpectedly pulls on the heart strings of all ages. Although the main target audience is children, people from all ages could learn something from this loveable flick. Often we find ourselves at war with our emotions, and to have this battle take place on-screen in a visual environment is very refreshing. Yes it was entertaining and funny, but also uniquely open about our emotions in a way unexplored in modern cinema.

Riley is an eleven year old girl that moves with her family from the Mid West to San Francisco. Her emotions have very different ideas about how to cope with this transition, and conflict between them inevitably ensues, particularly between Sadness (Phyllis Smith) and Joy (Amy Poehler). The mind is depicted in a very watered down version of reality but the science is surprisingly accurate (albeit loosely).

The casting for this film was perfect and definitely deserves recognition. Amy Poehler and Phyllis Smith were fantastic; they were suited to the emotions they were depicting and their comic timing was flawless. The witty exchanges complimented by very deep and meaningful lines really made this film stand out. Sadness by far had the best lines simply because they were so true! Youtube bloggers have been outlining their theories regarding this film as an allegory for depression, which is very plausible when you consider the conflict between Sadness and Joy. If that was Doctor and Del Carmen’s intention then that simply adds more depth to an already outstanding film and the need for its praise just sky rocketed to the Moon. Disney Pixar should be credited for their open stance on psychological struggles and emotional battles in their recent features, but Inside Out is definitely their best one yet regarding such topics.

The original concept mixed in with the core values we have come to expect from Disney Pixar is probably what makes their children’s films stand out compared to others being released. Although some of the slapstick wasn’t really hitting the mark, the nostalgia featured at times could compare with Toy Story 3 – however nowhere near to that extent so no need to panic. These moments came in the form of Riley’s imaginary friend Bing Bong (Richard Kind), who was simply lovable throughout and another great example of perfect casting.

As we have come to expect from Disney Pixar the animation was very good, and the use of visual aids to explain mental thought processes is inspired. It is important that young children – and ultimately people from all ages – are being exposed to the importance of being open with our emotions as this will help us throughout our lives. Inside Out shows we are beginning to encourage a more accepting, empathetic and open society, and instilling these values from an early age can only be a positive thing. Disney Pixar have definitely out done themselves with Inside Out and deserve to be applauded for their achievement.

Nevertheless the best thing that came from this film was a promotion of self-acceptance. We can’t segregate our emotions and Riley proves this; she only becomes a well rounded character when she listens to all of her emotions, not just one. We could all learn something from Inside Out which is why it is so highly recommended. This little gem is a lot more than first meets the eye and should not be underestimated.