Director Ari Aster’s second project in as many years propels his previous themes of grief and trauma explored in 2018’s Hereditary into a full-frontal attack on the senses and synapses. In his sophomore effort, Midsommar, Florence Pugh plays Dani, a young American woman recently stricken by a horrific familial tragedy. Sometime in the months that follow, she decides to accompany her boyfriend Christian (Jack Reynor) and his band of academic, chauvinist friends to an anthropological trip to a small commune in Sweden.

Following Hereditary was never going to be a small feat, especially with the pressure of Aster’s second feature arriving just a year after traumatising and perplexing audiences with his divisive theatrical debut. Fans of Hereditary’s deceptive lunacy will not be disappointed. Although his new film largely abandons the slower elements of his previous feature after a somewhat crawling first act, the propulsive last hour of Aster’s Midsommar heightens the archaic, folklorish dream logic that is looking to become the director’s signature to an almost intolerable tonal register.

Much like the Hårga’s outwardly ingenuous residents, Aster gradually strips away the pretence of the opening coda’s promise of a genuine, cathartic release to reveal sloppy horror and seediness. The method by which trauma is delivered to Dani hasn’t been revealed by any trailers, so details won’t be spilled here, but the grisly opening images will be mentally seared into several heads throughout the summer. There’s a strong temptation to dub the opening tactless, especially with its preoccupation with a heavily sensationalised rendition of prevalent mental health issues, and the majority of the film’s crude handling of parallel cutting and theme building doesn’t go far to dispel the bad taste. One surreally gruesome sequence of terror is played rather well, if a little needlessly violent, until the narrative and editing techniques become concerned that some of us at the back didn’t quite grasp its significance in triggering Dani’s recent trauma. A woefully judged dream sequence soon follows, including the film’s phoniest attempts at horror. Not a note I would have expected from Aster, who crafted the horror set pieces of Hereditary with far less bludgeoning.

Although it’s Florence Pugh’s unparalleled range commanding centre frame for the majority of Midsommar’s intimating 147 minute runtime, each supporting player is granted regular opportunities to exhibit the narrative’s themes of blithe toxicity. Will Poulter spouts casual misogyny as the film’s most irritating character, and William Jackson Harper, fresh off NBC’s The Good Place, steps in for a stoic turn as a passive aggressive and culturally careless PhD student. Their roles feel too often incidental, and not-so-subtly assist in spurring the broiling horror on a couple of notches when proceedings start to lag.

The central conceit is structured as a hostile environment of triggers, peculiarities and masculine micro-aggressions, both in romantic and platonic male-female relationships and how these can heighten and confront severe trauma. However, this initially poignant thread frequently meanders. Those attuned to relationship red flags will pick up on Christian’s negligent boyfriend position, but Aster’s apparent disinterest in developing their relationship beyond a series of unresolved arguments in favour of bloated artistry becomes tiring. In a film so determined for resolution via forced conflict and catharsis, so much of Midsommar’s arc of conflict is distracted by petty squabbles.

A sequence in which Poulter’s character urinates on an ancestral tree is far overplayed, and even returns for a superfluous follow-up gag, and it’s disheartening that so much time is spent on a disagreement involving a stolen thesis between Reynor and Harper’s characters. For a layered folk tale with superb production design and a host of cosmetic properties, both pleasant and horrific, that I’m usually drawn to, there is far too much insistence on distracting academia. There’s certainly some impressive cine-literacy at play, from amusing riffs and subversions on The Wicker Man to some colourful, monolithic set design reminiscent of Jodorowsky’s abstract settings. While the aesthetic decisions at work are striking, though, Midsommar is very much telling its own story and it’s clear that, this time round, Aster was a little too misled by visual trappings to properly deliver on its promise of compelling commentary.

Clearly, Aster knows what he’s doing in terms of scripting genuine people in genre-twisting scenarios. As with Hereditary, we see what happens when a very real tragedy is confronted by extraordinary events, and how the expectations of genre can be diverted by emotions and responses that a character from, say, The Hills Have Eyes, wouldn’t normally exhibit. Florence Pugh grounds these concepts remarkably, but her story sometimes feels abandoned in the shuffle of male posturing and cult rituals. When her trauma is present her performance is authentic, but it’s undercut by an eye-rollingly heavy-handed approach to the manifesting of grief.

In a summer season dominated by sequels and reboots that seem even more soulless than usual, Midsommar still remains a force for good despite its shortcomings. A film this off-the-wall in its ideas and the stunningly weird methods of execution is guaranteed to leave you with questions and theories the minute you leave the cinema. Not many films released in multiplexes this summer will encourage genuine debate, and even fewer can claim to have actually inspired break-ups and re-evaluations of toxic behaviour. After Hereditary it definitely feels like the more ambitious second effort of an excited director to add to your radar of talents to watch. A little bloated and misguided, but undeniably equipped with a ruthless attitude and a charmingly warped sense of humour. An essential film to sample, even if it leaves a corrosive aftertaste. 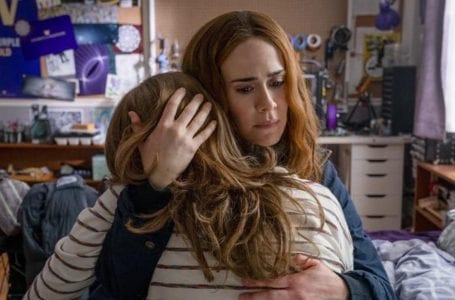