The original Homefront was a conundrum as it had a memorable story that was driven by its multidimensional characters, but the gameplay made it feel like a Call of Duty knock-off only without the fast paced action. Homefront: The Revolution is also a conundrum as the gameplay is an improvement but the story lacks the substance that the original is remembered for.

This was best demonstrated by how Homefront begins- by introducing players to an America being brutalized by the Korean People’s Army. As you are being transported down main street, your character witnesses the community being transformed into a police state while families are being butchered in front of their own children. 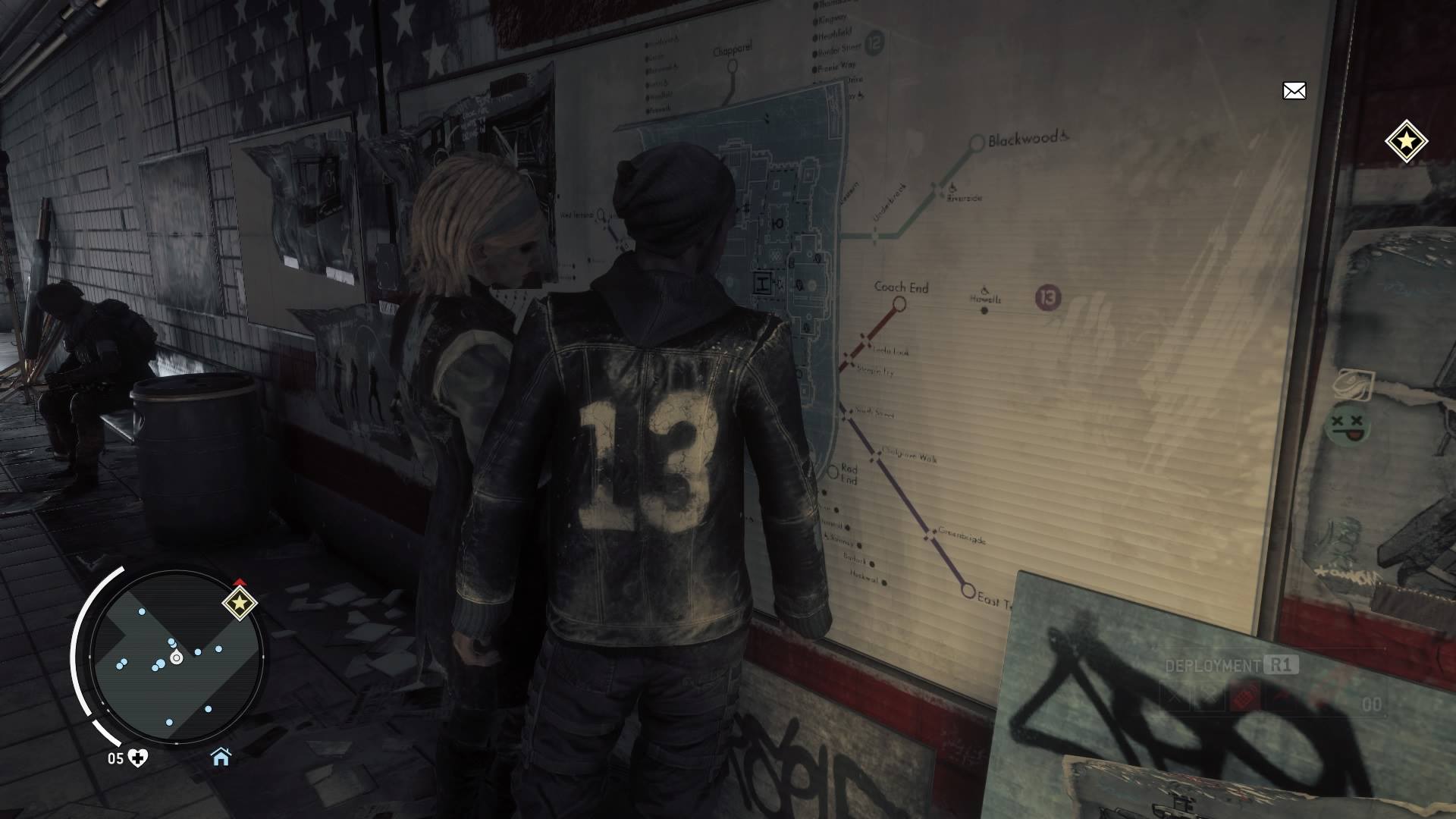 Homefront: The Revolution, on the other hand, begins with a raid on your hideout followed by watching your friends get executed by a collaborator before being rescued. After the escape, the player meets a crew of one dimensional characters that consist of the resistance leader, a Lisbeth Salander knock-off, and a whining pacifist.

In all fairness, this could be attributed to the absence of John Milius along with the game’s troubling development starting with the collapse of THQ followed by Crytek’s financial problems. However the end result is a title that is better than what anyone could have expected.

The new plot is set in an alternative history in which the global technology boom emerged from Silicon River in North Korea and the APEX corporation becomes the largest tech company in the world. America becomes APEX’s biggest customer but after a series of failed wars and a collapsing economy, the country becomes indebted to the company. 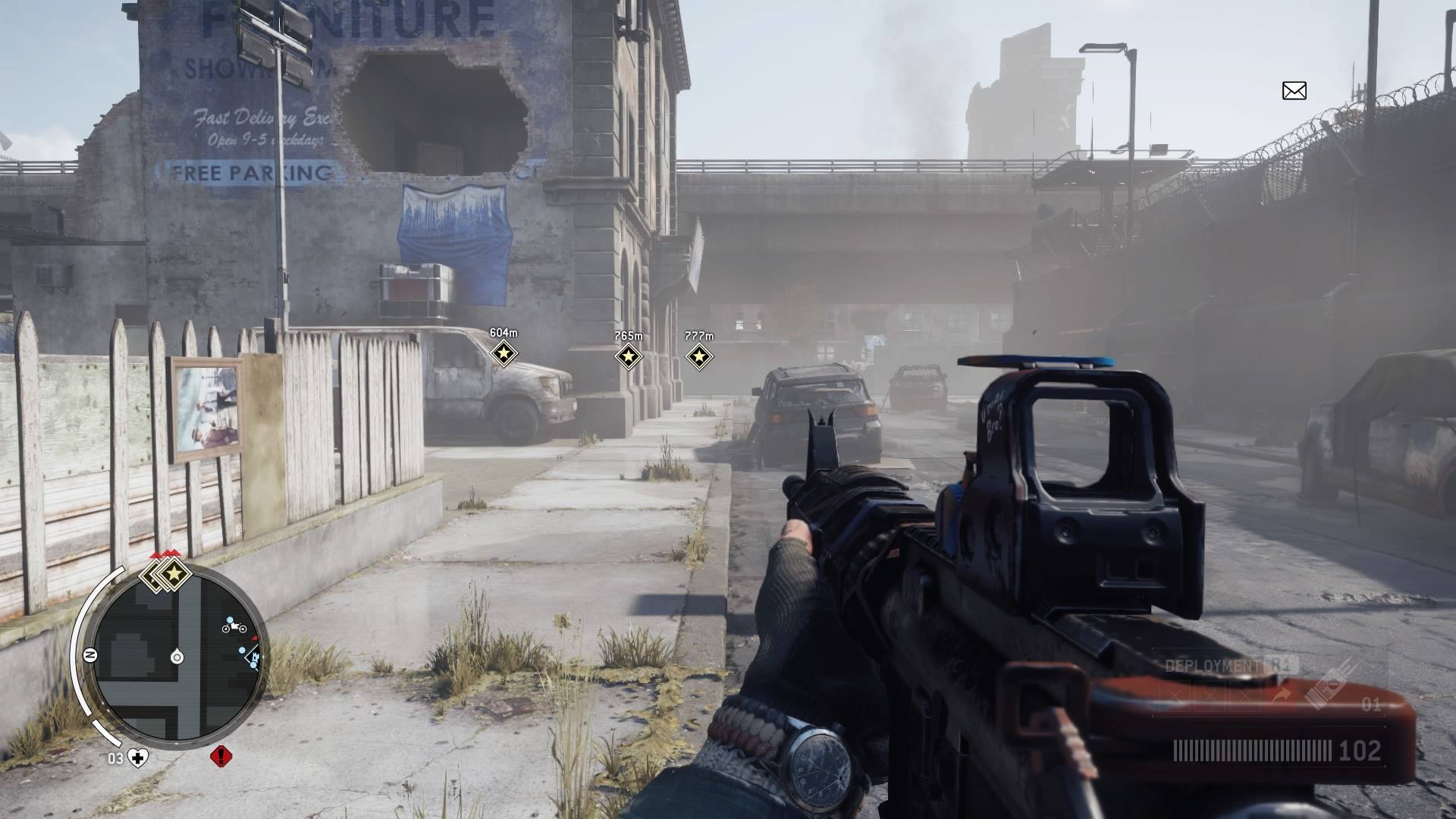 In response, APEX shuts down America’s military hardware while the Korean People’s Army (KPA) launch a “peace keeping” operation. Four years later, the KPA have turned the country into police state while Philadelphia (the birth town of democracy) is divided into three zones. Players take on the role of Ethan Brady as he must fight the occupation while winning the hearts and minds of the people.

The backstory at first may seem ridiculous, but when one thinks it over the cleverness shines through. The new story is an allegory for America’s economic dependence on countries that either threaten our interests or our moral values. This technologically advanced North Korea is supposed to be a stand-in for the People’s Republic of China and Saudi Arabia.

The clever story fails to make up for the lack of emotional substance and character development from the original game, however. Milius’ story featured a diverse band of heroes who come together to liberate their country from the invaders along with battling those who have abandoned it. Unlike Red Dawn, the survivalists are branded as selfish cowards while those who accept unity are seen as true guardians of American freedom.

All of that is absent in Homefront: The Revolution as they have been replaced by one-dimensional characters that aren’t memorable.

What it lacks in story and character, it makes up for with its gameplay setup.

Taking what made titles like Freedom Fighters and Far Cry 4 memorable, Deep Silver has created one of the best guerrilla warfare experiences. Each sector offers a different opportunity while the player’s goal is to cripple the the KPA’s control of the area. To liberate a sector, players must boost the moral of the population, capture key points, assassinate officers along with American collaborators, and do as much damage as possible.

However the game has a few minor issues; most notably, other resistance fighters will get in the way of an entrance and its a hassle trying to push them aside. Another issue is that for an open-world game that requires a player to wage a guerrilla war, the arsenal is very light and unvaried. While titles like Metal Gear Solid V: The Phantom Pain and Fallout 4 have given gamers options to customize a plethora of weapons, here the player is limited to the basics. Finally there are a few issues with the visual details ranging from poor frame rate to explosions being simply an orange dust cloud.

Overall this is a sequel that shares some of the same problems as its predecessor but it also has a lot of promise to grow into something better. Homefront has always been a unique franchise that always does one aspect of the experience right but fumbles on the other.

Homefront: The Revolution has perfected the experience of fighting a guerrilla war but lacks the emotionally driven feeling that comes with wanting to fight for your homeland. Even though it lacks any real story substance, the gameplay makes this title an unforgettable battle.