Before the Arklay Mansion incident that set the foundation for a horror icon, Resident Evil Zero HD takes gamers back to the nightmare that Rebecca Chambers and Billy Cohen encountered. While Resident Evil HD demonstrated that fans prefer the traditional horror setup over the Call of Duty-inspired gimmicks, Resident Evil Zero HD demonstrates that last years success was not a fluke because gamers prefer the traditional setup. Unlike the HD release of the Resident Evil remake, Zero doesn’t have a nostalgia element to sell because of an exclusive release for the GameCube back in 2002. Instead it offers fans an opportunity to play a title that they most likely missed out while reminding them of what the series use to be.

Set a day before the events of Resident Evil, the Bravo Team of STARS (a special unit of the Raccoon City Police Department) has been dispatched to investigate a series of murders in the Arklay Mountains. En route, the helicopter has an engine failure and has to make an emergency landing in the forest. After surviving the crash, Bravo Team splits up with Rebecca Chambers stumbling onto the Ecliptic Express, a private train owned by Umbrella. Once on board, she teams up with Billy Cohen, an escaped military fugitive, as they must battle parasitical leeches that have infected the passengers with the T-Virus. 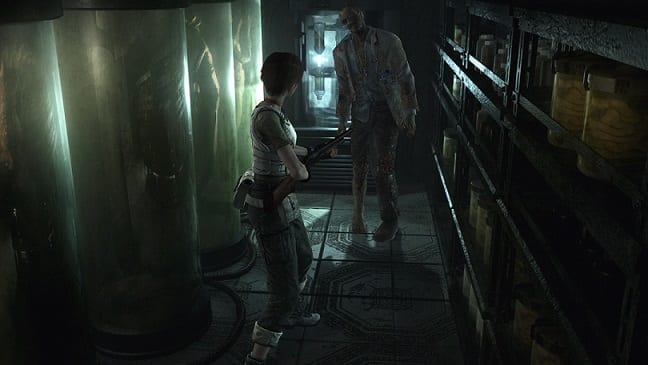 Compared to the GameCube version, the HD version for the PlayStation 4 is superior. The graphics have undergone an impressive upgrade that takes advantage of the Next-Gen hardware while the controls are the classic setup that fans are all too familiar with.

Resident Evil Zero HD features the traditional gameplay setup used in the classic games with only two minor changes; the first being the introduction of the partner zapping system while the second is the removal of the item chest.

While past Resident Evil games have told the same story from a different character’s perspective, the partner zapping allows the player to take control of both characters based on the situation that requires their skill set. This new system allows for both Rebecca and Billy to be co-dependent of each other as they try to survive the outbreak.

The absence of the items chest presents a new level of difficulty that requires players to be resourceful with what they carry. Now the choice between health, ammo and a weapon is going to become a tactical choice that will alter how players have traditionally played the original games. 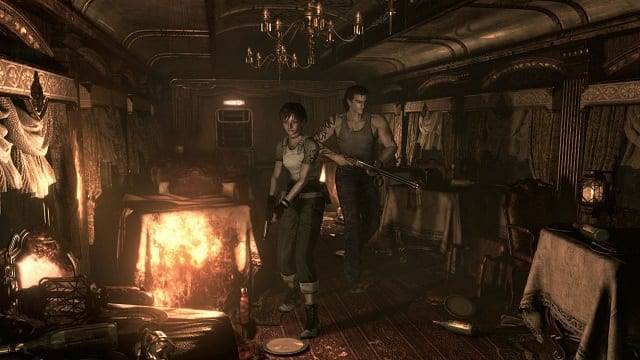 Even though Resident Evil Zero HD continues to demonstrate why the classics are so popular, its story is not the biggest highlight. Sadly it has a plot line that adds no content- most fans just mentally tune it out of their interpretation of the series lore.

Before the story of Zero was added, the outbreak in the Arklay Mountains was explained by Umbrella testing its bio-weapons. Zero changes all of that by attributing the outbreak to an ex-Umbrella scientist who is resurrected by leeches and is on a vendetta. This, unfortunately, adds nothing to the story but instead creates more questions and some major plot holes. Had the plot focused on Rebecca Chambers attempting to survive the outbreak with the help of Billy Cohen before she is reunited with the Alpha Team, it would have been proper addition to the games lore.

Despite the story being an unnecessary addition to the series story, gamers will still enjoy the fact that they are playing a real Resident Evil game that has been made more challenging than previous entries.

Resident Evil Zero HD is a reminder of what the horror survival genre use to be and why Capcom needs to start taking the series back to its roots. 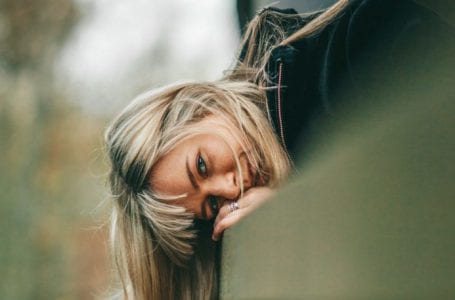