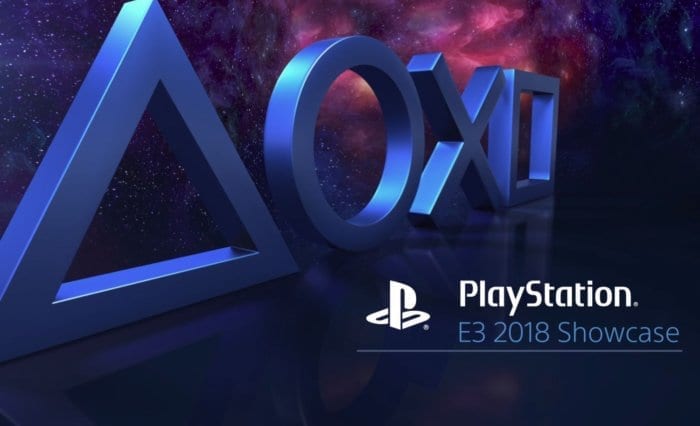 Sony has hosted their annual E3 Press conference. Taking place towards the end of the conference events, the company had previously announced that the focus of the event would be on four of their top upcoming releases, with previews of other titles currently in development.

The Last of Us II

Announced during last year’s conference with an Ellie centric teaser trailer, The Last of Us Part II was the opening feature during the presentation.

Opening in a church during a party, the trailer reintroduces players to Ellie, now an adult, and also introduces two new characters – Jesse, a patrol group leader who talks to Ellie after getting a dressing down from her “old man”, and Dina, a charismatic woman who shares a tender kiss with Ellie during a dance. It is during this kiss when the action suddenly changes to Ellie being alone in a forest.

With a gameplay demo, featuring Ellie trying to avoid a group of zealot bandits in the middle of a rain-soaked forest. Showcasing some of the combat options and weapons which will be available to players, the demo transitioned back into the moment with Ellie and Dina before coming to a close.

Following the Last of Us II segment, there was a short intermission to allow for those at the event to travel to a second venue. During this time, the hosts talked about some other announcements from before the beginning of the event as well as some new titles and DLC:

Returning to the presentation, the next featured game was the latest title from Sucker Punch. First announced at PSX in 2017, Ghost of Tsushima centres on Jin Sakai, a Samurai warrior in the Oksana Grasslands who joins the fight against an invading Mongol force.

Sakai is joined on his mission by Masako, an archer with a mission of her own. For the showcase, the two warriors join forces to free a captured monk from Mongol soldiers before he is brutally murdered. However, things soon turn sour between the pair when Masako reveals her true intentions for the monk, forcing Sakai to face his ally in combat.

While the two set aside their differences as they hear an approaching unit, it’s unclear how far this discord will go between the two warriors.

Along with the four in-depth gameplay presentations, Sony showcased a number of their upcoming titles:

Up next was the first look at gameplay from the mysterious Death Stranding.

The extended trailer gave fans another look at the game’s central character, Sam, along with a more detailed look at the world he travels through as a deliveryman for various cargo. The dangers of the world were also on show, with dangerous mountain climbs and river crossings all being part of Sam’s journey. Fans were also given a glimpse of mysterious, shadow-like creatures, with Sam trying to evade detection and capture with a familiar tank as his cargo.

The showcase also unveiled two new female characters. The first, played by Lea Seydoux, joins Sam near the entrance to a cave as they hide from an unseen foe, with only handprints on the ground as a clue to its path. The second, played by Lindsey Wagner, appears on a coastline – similar to the one shown in the game’s announcement trailer – and appears to have a connection to Sam and his past.

Closing out the conference was the last of the four showcased titles – Marvel’s Spider-Man. Set for release in September, fans were treated to a first look at gameplay and some of the iconic villains that will be appearing in the game.

The gameplay demo focused on a situation at the Raft prison facility, with Spider-Man being joined by Yuri Wanatabe to investigate. Things soon go awry, as it soon becomes apparent who is behind the situation, as Electrode is seeing helping prisoners break out of their cells. Among those are Vulture and Rhino, who each take on the webslinger in combat along with other inmates. Scorpion also makes an appearance with his villainous allies as well and the four-strong group of enemies soon becomes five, with Mr Negative arriving via helicopter.

After the five give Spider-Man a beating, a sixth foe is teased but remains unseen for now.

Information about all the titles featured can be found at https://www.playstation.com/en-gb/e3/

Watch the showcase in full below.