Coinciding with its four year anniversary celebrations, ‘Dead by Daylight’ has announced its latest update. In a livestream hosted by the game’s director, Matthew Cote of Behaviour Studios, the new chapter has been revealed to be a crossover collaboration with Konami in the form of ‘Silent Hill’. It will feature the iconic Pyramid Head and Cheryl Mason appearing as playable killer and survivor respectively, in addition to the themed map: Midwich Elementary School.

The asymmetrical horror game pits four survivors against one brutal killer in a race to escape their horrific realm by repairing various generators in order to power an exit gate. The killer, on the other hand, is expected to sacrifice the survivors by hoisting them onto meat hooks scattered around the map. With each survivor and killer equipped with a selection of unique perks and powers that grant them various abilities to help them in their respective goals, no one game is ever the same. In the stream that reviewed the previous year’s achievements, along with a roadmap of things to come, the ‘Silent Hill’ chapter was the cherry on top.

In the case of Pyramid Head (also referred to as The Executioner in keeping with in-game lore), his power allows him to create trenches that inflict the survivors with a new Torment status effect. Exclusive to Pyramid Head, Torment allows him to trap survivors in cages, requiring their teammates to rescue them and thereby hindering their progress and making him one of the most terrifying foes yet.

Behaviour has reportedly been working closely with Konami in evoking the ‘Silent Hill’ aesthetic within the ‘Dead By Daylight’ world, to the extent that ‘Silent Hill’s’ original composer, Akira Yamaoka, has lent his talents to an exclusive theme for the chapter in collaboration with Behaviour’s own composer Michel April. While the map hails from the original ‘Silent Hill’, Pyramid Head appears in ‘Silent Hill 2’, while Cheryl Mason (also known as Heather Mason) appears in Silent Hill 3. Moreover, Cheryl’s character will also feature an exclusive new skin that changes her into a whole new character: the tragic Lisa Garland from the first game. This conglomeration of the series is certainly enough for long-time fans to sink their teeth into.

‘Dead by Daylight’ has become renowned for adding horror legends from licensed franchises among its roster of original creations. In the past, this has ranged from ‘Saw’ to ‘The Texas Chainsaw Massacre’. The likes of Ghost Face (the reveal for the previous year’s anniversary celebration), Freddy Krueger, Michael Myers, and Demogorgon of ‘Stranger Things’ feature as licensed killers, alongside survivors such as Bruce Campbell’s Ash Williams, Laurie Strode, Steve Harrington and Nancy Wheeler. However, with the exception of ‘Left 4 Dead’s’ Bill Overbeck being added as an exclusive survivor, this is the first time ‘Dead by Daylight’ has branched out into acquiring a horror game license as a fully realised chapter, opening up the gates to more possibilities for future content.

‘Dead by Daylight: Silent Hill’ will be available on PC and consoles on June 16. 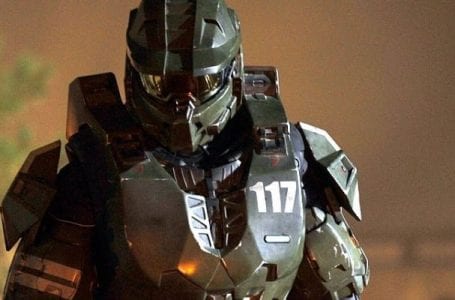