Harry Styles and Lily James are in negotiations to star in Amazon Studios’ forthcoming adaptation of Bethan Roberts’ novel My Policeman, Deadline reported on Friday.

My Policeman will be directed by Michael Grandage, with an adapted screenplay written by Ron Nyswaner. The screenwriter was nominated for an Academy Award for Best Original Screenplay for his 1993 film Philadelphia, one of the first mainstream Hollywood films to acknowledge homosexuality, homophobia and the issues faced by people suffering from AIDS.

Styles, 26, will reportedly play gay police officer Tom Burgess with James, 31, playing schoolteacher Marion. Set in the late 1950s (when male homosexuality was still illegal), the 2012 novel depicts the tensions that develop between Tom, Marion and his lover Patrick, as he struggles to choose between his love for the latter and the relative safety of being married to the former. When he attempts to have both, the aforementioned tensions are brought to a devastating conclusion.

James is best known for playing the title role in Disney’s 2015 live-action reboot of Cinderella; her other on-screen credits include Baby Driver, Mamma Mia: Here We Go Again and the popular TV series Downton Abbey. She will also star in Netflix’s adaptation of Daphne Du Maurier’s novel Rebecca, which is scheduled for release in October. Styles, who first shot to stardom as one-fifth of boy band One Direction, made his acting debut in Christopher Nolan’s Dunkirk in 2017. He was recently confirmed to be starring alongside Florence Pugh in upcoming thriller Don’t Worry Darling, directed by Olivia Wilde.

Styles, who has never indisputably confirmed his sexuality, may attract criticism for seemingly “going gay for pay”. The casting of straight actors to play gay characters is, after all, a common industry trend that appears to reflect discriminatory casting practices and the pejorative belief that gay actors are “less marketable”. However, LGBTQ+ viewers may be consoled by the fact that Nyswaner—in addition to his work on Philadelphia—is himself openly gay and a passionate activist. Speaking at the Vanguard Awards in 2015, the screenwriter criticised the manner in which the gay characters in another of his works were “idealized” and the storyline “softened” through producers’ interference, and pledged to from then on write LGBT characters “who are fearless, powerful and scary motherf-ers.”

Production on the adaptation of My Policeman is expected to commence in the summer of 2021. 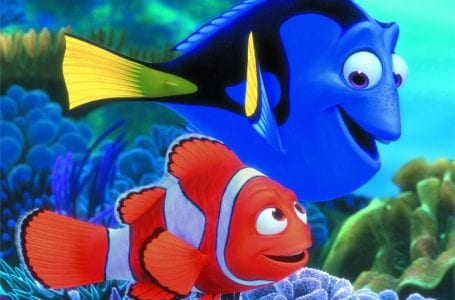