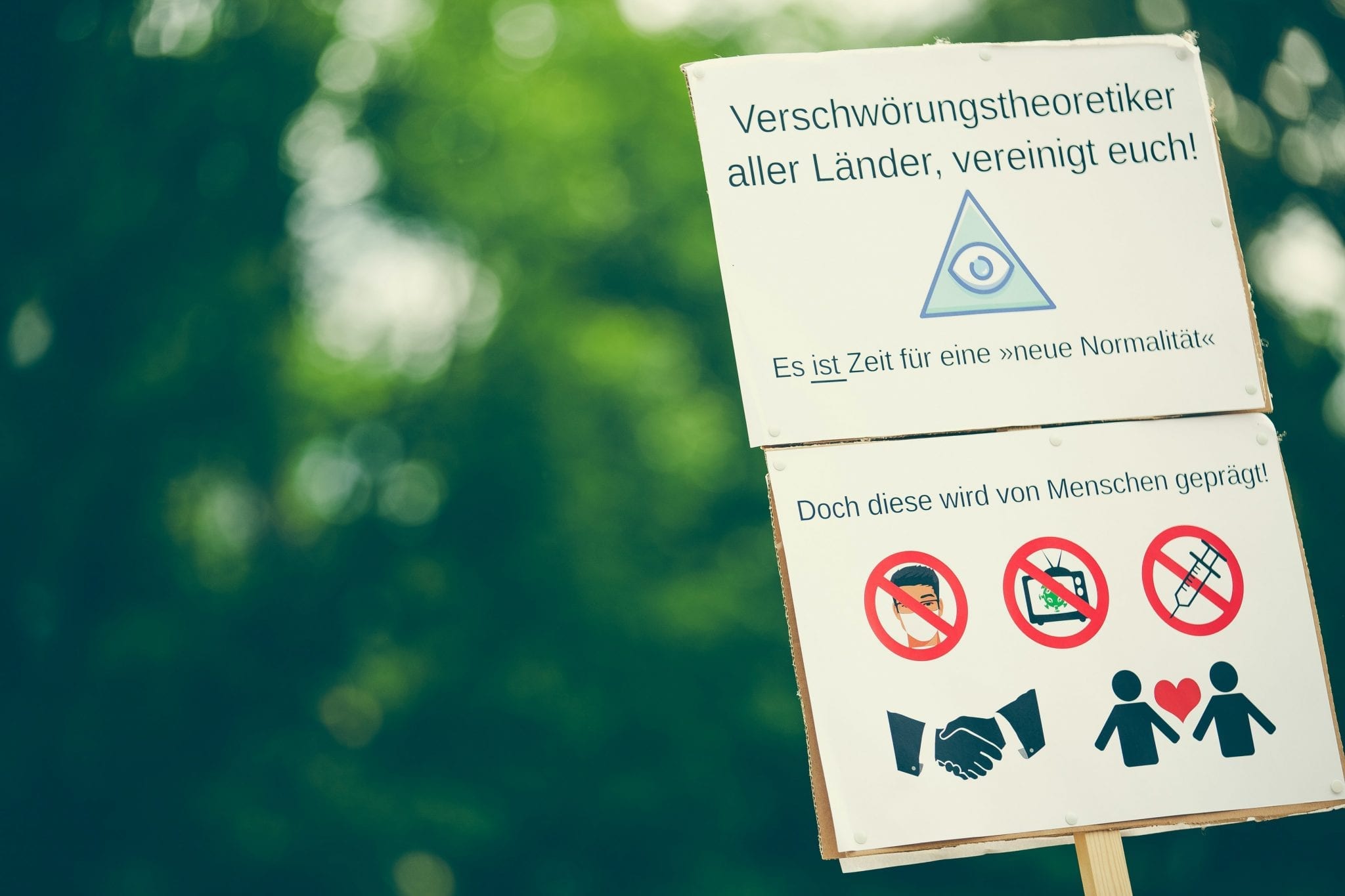 Our capability to communicate is global and instantaneous. It’s therefore unsurprising that we seem to be hearing about conspiracy theories all the time. With access to the internet, you can spend days and nights – trust me – down the rabbit hole on Reddit, 4chan, and YouTube, indulging in the wild inventions of the bored and paranoid. The conspiracy theory underworld does, at first glance, seem sort of innocent; you get a sense that these stories are the works of dedicated creators. Indeed, there are parts of these places can easily constitute some of the most creative communities on the internet. At what point then, do these well-constructed fictions become harmful?

There’s always been a pretty consistent baseline of people who really buy into these theories. What’s changing with the internet, though, is the way these theories leak into the mainstream. With open-source information-sharing platforms like Reddit, it’s easy to come across quite convincing pieces of misinformation. Youtube, too, is a particularly powerful tool for dressing up “alternative science” with slick graphics and compelling narration – subconsciously legitimising the video’s content. Websites like these also offer content creators the potential to garner huge followings. As followers interact with and share a piece of misinformation (say, flat earth theory), it permeates public discourse in a way that was previously impossible. Scientific falsehoods insidiously escape their detention in the world of fiction.

As we’ve blindly ambled into the global catastrophe of coronavirus, conspiracy theories have enjoyed unprecedented fertility in the minds of those who don’t quite know what’s going on and who need a strong narrative to make sense of reality – namely, everybody. With no official scientific doctrine to fall back on, misinformation has seeped much more potently into the mainstream. In April this year, Eamonn Holmes made startling comments about the links between 5G technology and coronavirus, acknowledging the “enquiring mind” and reminding us not to slap ideas down “when they don’t know its not true”. For the record, he wasn’t giving any credence to the conspiracy theory, but alerting people not to accept the state’s scientific doctrine without also considering other, possibly subversive, scientific explanations. But, at the time of Holmes’ blunder – and long before – the science was very clear on the inability of an electromagnetic wave to cause respiratory disease. It seems that Holmes fell victim to the leakage of misinformation.

You get a sense of the real gravity of this problem when you look at how anti-vaxxers in the USA have faired during the pandemic. Anti-vaccination conspiracy theorists have played on public fear and the scientific uncertainty of COVID-19-related virology. Accentuating an already present distrust of the USA Department of Health, misinformation has fuelled a witch hunt against Anthony Fauci – his fairly mundane public health campaign has lead to the harassment of his family. What’s more, the intellectual rebellion has saturated the public discourse to the point where not even 50% of Americans would be prepared to accept a vaccination – a scepticism which is rapidly infecting the UK too.

Rather than policing the internet, the most obvious way to tackle scientific misinformation is to tackle the very real distaste that most people have to maths and science. Without a good foundation in these subjects, people are deprived of the critical faculties they need to scrutinise scientific information. A startling proportion of adults have a very unnatural aversion to the sciences – maths, in particular, fills many with visceral dread.

Those of us who weren’t lucky to have a uniquely inspiring parent or primary teacher to coax us towards scientific intrigue have suffered the damaging consequences of the modern, streamlined education system; hours of memory recall and unmotivated number processing have left us scientifically illiterate. The damage this causes isn’t our inability to comprehend cutting-edge pathology and epidemiology. Instead, an ever-growing majority of adults lack basic scientific education; people today find it harder to engage with scientific explanations and are less capable of deciphering statistics. We are in desperate need of a reevaluation of how we teach science.

One of our greatest weaknesses is the standardisation of the education system. By the time they reach secondary school, children are expected to have learned the theoretical minimum to put them in good stead for GCSE lessons. Teachers – with little time and resources – must prioritise preparing their students for further education, often at the cost of learning the fundamentals of maths and science with any real rigour or relevance. Examination styles in science are tedious too, and are the main motivation for the hours of number crunching that students endure in the classroom. English school children are reportedly the most tested in the world, with many making the case that this is seriously damaging the mental health of young kids. A well motivated science curriculum should see science and maths being taught from the ground up, with a consistent relevance to the world we see around us – this is the real driving force behind scientific endeavour.

With the funding and resources to move past the streamlined, standardised approach to science at school, we could free up room for more inventive ways of teaching and examining students – the fact that science exams are so devoid of long-form written answers speaks volumes about the depth of conceptual learning in classrooms. Schools need more teachers, more equipment and the space to share their love of science. For our education system to prosper, schools must attract the brightest and most inspiring people to teach. With such strenuous workloads, restrictive curriculums and low pay, it’s no surprise that we are suffering a dangerous shortage of teachers – a problem that will only exacerbate the inflexibility of teaching methods.

The allure of experimentation and creativity that is so strongly bonded to the arts and humanities is an intrinsic part of the real scientific process, but its lost at school level. To drive curiosity, learners need to be able to explore science and discover it on their own. There is no shortage of motivation, the success of documentaries like Blue Planet and Wonders of the Universe show that popular fascination with science isn’t dying. But, while the spirit is willing, the flesh is weak. If we don’t reconsider our methods of educating children and allow young learners more freedom to discover and create, we risk a widening of the crevasse between the public and experts.