Sitting down with The Fontaines in the upstairs room of Sheffield’s esteemed indie venue, the Leadmill, I’m not quite sure I’m adequately prepared for the ensuing chaos. Trying to get answers to my questions – serious answers, anyway – is a somewhat challenging task. None of the band seem able to sit still, with bassist Tom Nugent wandering around the room, bravely sniffing the lone bottle of milk in the fridge, to their drummer Oliver Clark, who changes how he is seated at least ten times over the course of our twenty minute chat. That’s not to say the band aren’t being respectful; it’s clear that they are just full of energy, excited to be here and to be playing alongside Newcastle’s Glastines, and Leeds based Marsicans tonight.

Asking about their pre-show rituals I am faced with a demonstration: they put their hands in the middle and shout “Viva La Fontaines!”, which is a sweet – if somewhat clichéd – routine. Tom adds that an energy drink is a vital part of his pre-gig routine, and I know I’m certainly beginning to wish I’d downed a can of RedBull before I got here. Their energy is further evidenced by their plan to “get up on some high up things” during their set, which is lovingly greeted by an “I hope you fall” from one of the gang. It’s evidently a happy family in the Fontaines, as I witness them laying into one another in turn; from mocking frontman Joe Parson’s twelve year old lyric writing, to laughing at lead guitarist, Alex Todd, who once lay down on the floor mid-gig. There is widespread mirth at the fact that Oliver didn’t realise he had to bring his own drum kit today, got driven home by the sound technician to get it, only to realise he didn’t have a key, to then drive to his Nan’s house to get one, to finally get back to the venue with his drums in tow. When I say “you’ve got another EP coming out in autumn, how’s that shaping up?” I get a surprised “have we?!” from their bassist, which perhaps sums the band up completely. My intention is not to paint them solely as clowns, though, as whilst they are rather mad and incredibly disorganised, more importantly they are also incredibly talented

The standard for the evening is set, high with three upbeat and equally brilliant indie bands set to play, so the fact that Joe says they have their work cut out if they are to outperform their support is a welcome modest touch. Clearly, The Fontaines are grounded and hardworking, with Joe running here there and everywhere to drop off tickets. It pays off for them though, because later on in the evening the venue is easily filled with 220 people, keen to participate in The Fontaines’ live experience. I say experience, rather than performance because our interview highlights that the Fontaines have a very specific intention: they don’t want to simply play some songs and walk off stage. They want to give people a night to remember.

“We try to make it not just a gig, but a night that people can remember as well”

When I ask what people can expect from their single launch this evening they tell me they will achieve this aim through the provision of glowsticks, rave paint and beach balls. Oliver also unashamedly plugs the single they are launching this evening a mere 16 seconds into our interview, which is impressive to say the least. So yeah. Go download their music from here

“Sheffield, I suppose, could justly claim to be called the ugliest town in the Old World” – George Orwell

The concept for both the single and the music video is an interesting one. I had assumed it was inspired by George Orwell’s novel, 1984, given the title ‘1984’ and line “Big Brother’s watching you”. However, asking Joe to explain the concept behind the track saw him get rather irate; he told me that the esteemed dystopian fiction author once described Sheffield as “the ugly and disgusting city he’d ever been to” and that “it really pissed me off, so I decided to write a thing which sort of defaced his novel”. Therefore somewhat unsurprisingly, the music video presents the viewer with various views of the Steel City, attempting to counter Orwell’s snubs and “show Sheffield as not shit” through its depiction of the beautiful fountains in the city centre, and famous Park Hill flats.

Supposedly, the story behind the single is that inventor of CCTV is married, but cheats on his wife on the security desk and then catches himself on the footage. It’s here that Joe is cut off and berated by saxophonist Jo Woodcock (dubbed “female Jo”), for writing backstories to their songs which “just don’t make sense”. Regardless of the cohesion of these backstories and the finished songs, thankfully for the listener, whatever process Joe goes through when writing yields brilliant, catchy anthems like ‘Two To Tango’, in the end.

Oliver sits looking crestfallen, with his hand up and finger on lips like a primary school child, and when I call on him I’m told that they didn’t ever actually answer the question – what else do the band take inspiration from? I get the answers “my old pet hamster called Niblets” (Oliver) and “Slipknot” (Tom). Joe declares “a lot of stuff happens in the bath”, an ambiguous declaration from which we can only hope he means that a quiet soak gives him time to think and come up with new ideas.

Sometimes Joe is a shameless plagiariser, with Shaun (who is not in the band) writing the first lyric to ‘Love Is Blind’ as a Facebook status, thereby curing Joe of writer’s block and occasionally Joe’s brother steps in and says “this would sound better”. But it seems most of the time Joe is a dreamer; he remarks in a grandiose manner that he wants people to find their future husbands during their shows – a statement which the rest of the band quickly transform into a joke about losing your husband, only to find him again at one of the Fontaines’ gigs. Whilst finding love in a moshpit is somewhat unlikely, it’s a nice sentiment nonetheless. In terms of aspirational dreams, the band has collectively resolved to buy a Jacuzzi – where it’ll be located at is still in discussion – when they make it big. It’s funny that they share a goal with Van McCann, who has said in many interviews that he wanted to buy his Mum a Jacuzzi when he made it; as The Fontaines nominate Catfish and the Bottlemen and Little Comets as artists that they would love to tour with.

Speaking of touring, following the Leadmill show this evening the bands have a succession of dates across the country; they will be stopping off in Southampton, Manchester, Newcastle and Stockport, with details to be found here. I ask them where they’re most looking forward to visiting and the answer is unanimous: Southampton.

Joe also announces they are playing a “tiny outdoor pub festival, about 300 person capacity”. Here female Jo interjects; it is her who has secured the band their two festival slots for this year, one which shall not be named but is “not Glastonbury in Barnsley”, alongside their spot on the Barrow bill. I ask about YNot plans and they say they’re hopeful, as well as declaring that they’ll be playing Tramlines in the summer. Once again, Oliver smirks and says “like us on Facebook” to find out, ever the opportunist when faced with a chance to self-promote.

Joe: “We’ve been told that we’re very indie, like Vampire Weekend, heavy in the sense of various blues bands-”
Oliver: “Heavy?! Heavy?! Who in their right mind called us heavy?!” *spins round on chair in disbelief that this adjective has been chosen to describe them*

In attempting to define their sound, between us we settle on two new genres: ‘Confused’ and ‘Dindie’, which is D string indie. Asking what they’ve all been listening to says a lot about the Fontaines’ increasingly indie sound; Joe has been listening to “a lot of the Vaccines”, and having recently bought a record player, has damned himself forever as a #WhiteGirl. It’s here that Oliver pipes up again, saying he came across this EP on YouTube, titled Velvet, which he’s been listening to a lot. It is another shameless plug, brilliantly executed: so here is to any sales companies reading this, if you’re looking for recruits, I may have found you your man.

Declaring that it important for people to get behind their local music scene and asking if there are any local bands that the Fontaines would like to big up in this piece, I am bombarded with bands that are no longer together, but that the Fontaines reckon they can convince to reform with just the right level of harassment. Concluding, the band recommends Polkadodge, The Wired (totally uncontrived, it’s not like the drummer is in the room or anything…) and Ish-Brother, all of which – if your iPod is in need of a Spring clean – may well warrant some of your newly freed up memory!

When I ask how the new EP will sound compared to their previous releases – Santiago Skyline and Velvet – Tom enigmatically says it’s going to be “a lot more basic yet more complicated”. Your guess is as good as mine, and whilst I’m at a loss as to whether or not this means there won’t be any more Inception-esque backstories to the tracks, he does thankfully clarify. Apparently the structure is far simpler and more “song-ey”, but in terms of “rhythms, vocals and guitar parts there’s way more layers to it”. There’s a rare moment of silence before Oliver says with a coy smile, once again, that you’ll just have to buy it to find out.

Touché, Oliver, touché. And buy it we will. 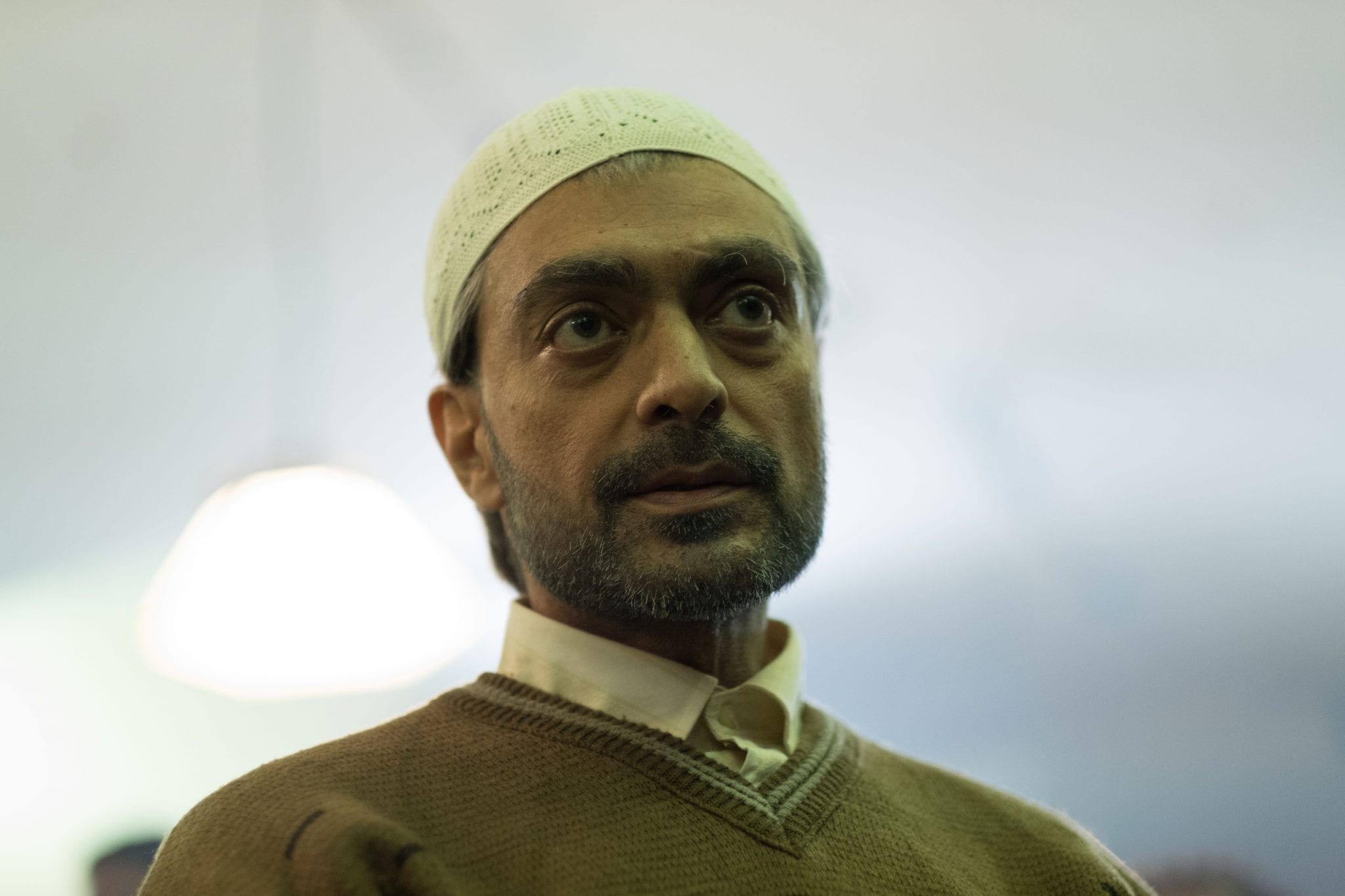 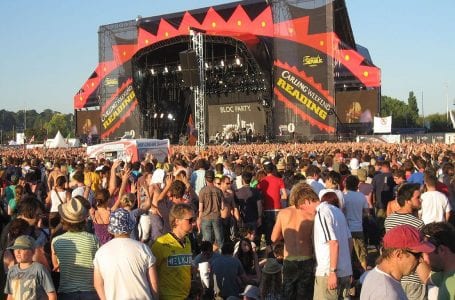