Since the release of Planet Earth II in 2016, BBC Studios have charted a course of releasing annual blue-chip (a big-budget, international production) natural history series to worldwide audiences. The BBC has labelled these releases, bar the outlying Dynasties (2018), as the ‘Planet’ series. Titans such as Planet Earth II and Blue Planet II (2017) have shepherded the success of several smaller series and films, with opportunists flocking to feast on this market. However, they have also heralded the attention of much larger entities, produced by heavyweight broadcasters such as Netflix, Disney, and Apple. These series match ‘Planet’ staples for budget and drama, whilst often featuring similar production crews. Unlike ten years ago, when a ‘several years in the making’ blue-chip wowed audiences once every few years, they are now debuting every few months.

The market for cinematic natural history, where anthropomorphised characters overcome a predictable plot with unpredictable biology, is becoming increasingly saturated. Will the glowing success of this market be its undoing? It seems likely; the spectacle of the boiling sea is rare and short. If natural history filmmakers want to prolong this golden age, then innovation is required to take the market in new directions. Whilst staggeringly beautiful, A Perfect Planet (2021) feels dry compared to previous BBC endeavours. Unique behaviours and sublime narration will always provide these series with a silver lining, though it is becoming harder to ignore the cloud. Year by year the audience is sold the same premise, repackaged into a new concept that is less imaginative than the last. A Perfect Planet takes the geographic chapters of Planet Earth (I and II) and swaps them for more conceptual titles, under the umbrella term ‘forces of nature’, before presenting standard blue-chip sequences that can be vaguely linked to them.

However, A Perfect Planet seeks to subvert itself in its fifth and final episode: ‘Humans’. In a narrative that lays bare the impacts of humanity upon the natural world, this instalment gives considerably more screen time to people than its predecessors. The situation is outlined by three experts in the field, contextualising frightening footage. This is a common format in climate crisis filmmaking, also seen in Climate Change: The Facts (2019), Extinction: The Facts (2020) and David Attenborough: A Life On Our Planet (2020). It is also a welcome one. Natural history filmmaking is built on the work of scientists, who supplement splendid visuals with a wealth of information; their presence on screen creates a dialogue with viewers, one that is engaging and informative. Short interviews shake up the ageing blue-chip format whilst enhancing what makes them great.

“Natural history filmmakers have a responsibility to maintain and expand this audience, which wields the power to protect the source material and thus the industry. People could well be tiring of the doom narrative, despite its importance.”

The problem here is that A Perfect Planet failed to commit to this format wholesale. It felt as though ‘Humans’ was separate to the rest of the series. Where were the experts in previous episodes? Not only would they have naturally added to our understanding of the ‘forces of nature’ we were seeing, but their presence would also have established some precedent for the final episode. ‘Humans’ felt like an ambush, one that could risk irritating or upsetting viewers that were not anticipating it. A Perfect Planet presented the opportunity to combine more conceptual science with a big budget and could have taken the market in a new direction. Suffice to say, it looped back to the starting point instead and disappointingly missed that opportunity. Green Planet (2021) heralds another chance for a fresh take on the blue-chip ideology but could succumb to the same more-is-better marketing strategy. Or worse, the indecision of A Perfect Planet.

Other broadcasters will continue to make the most of this market, and some are already looking for new niches to occupy. Alien Worlds (2020)on Netflix has followed the path of presenting fiction scientifically, an extreme of the spectrum occupied by titles ranging from Walking with Dinosaurs (1999) to The Last Dragon (2004). Series such as these represent a worrying interpretation of what is recognised as an educational genre. Natural history has always been a site of conflict between scientific accuracy and entertainment value. The ‘Planet’ series is a masterclass in exhibiting hitherto unknown stories, in a specific style, but the time has come to explore new ways of telling these stories whilst the audience is still paying attention.

There has never been a more important time for natural history broadcasting, and the genre commands a colossal following. On an unprecedented scale, untold stories are ending before people have a chance to hear them. Ecosystems crumble, species vanish. We know that these series have the power to inspire and devastate those who watch them, influencing global movements and national change. Natural history filmmakers have a responsibility to maintain and expand this audience, which wields the power to protect the source material and thus the industry. People could well be tiring of the doom narrative, despite its importance. That narrative must still be told, but we must find new ways of telling it. At a time when the creative industries are suffering and undervalued, natural history needs to invoke them and provide new perspectives of an endlessly fascinating world. 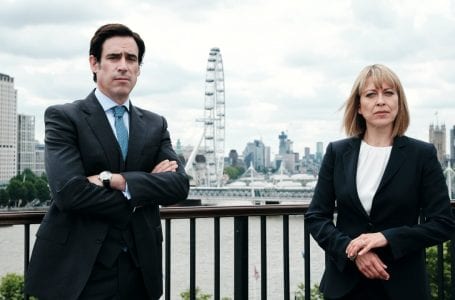 ‘The Split’ Will Return For Its Third... 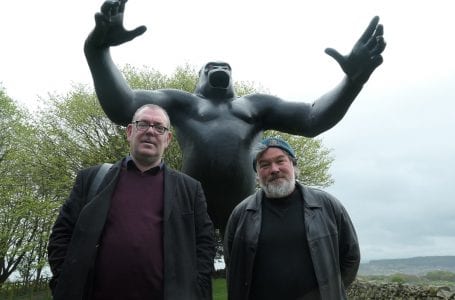