Details about O’Russell’s upcoming project have been largely kept under wraps, but it was reported earlier this year that the film is using the working title Amsterdam with the story following an unlikely partnership between a doctor and a lawyer.

Washington is in good company, as he joins both Oscar-winner Christian Bale (Ford v. Ferrari) and Oscar-nominee Margot Robbie (I, Tonya). This film will mark Bale’s third collaboration with O’Russell, following American Hustle and The Fighter.

Michael B. Jordan was previously attached to the project, but has since departed. He is still due to star and produce in O’Russell’s upcoming adaptation of the 2013 novel The Skies Belong To Us.

O’Russell will write and direct the film, marking his return to Hollywood following a five-year hiatus after 2015’s biographical comedy-drama Joy. O’Russell has previously been nominated for directing and screenplay Oscars for both crime-drama American Hustle and romantic comedy-drama Silver Linings Playbook. Some of his other directing credits include Flirting With Disaster, Three Kings, I Heart Huckabees and Spanking The Monkey.

Three-time Academy Award winner Emmanuel “Chivo” Lubezki will serve as cinematographer. Lubezki was the first person to win the award for cinematography in three consecutive years, for Gravity (2013), Birdman (2014) and The Revenant (2015). Matthew Budman (Joy, American Hustle) will produce the film.

Other names reportedly in talks to star include Angelina Jolie, Jamie Foxx and another of O’Russell’s frequent collaborators, Oscar-winner Jennifer Lawrence.

Production was due to start earlier this year in Los Angeles, but is now expected to begin in January. 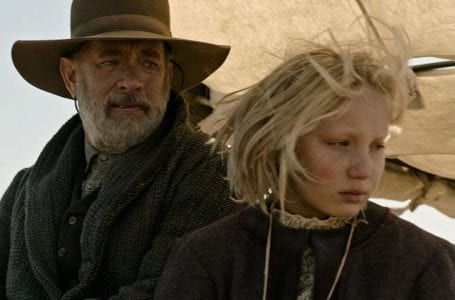 ‘News of the World’ – Trailer Released...