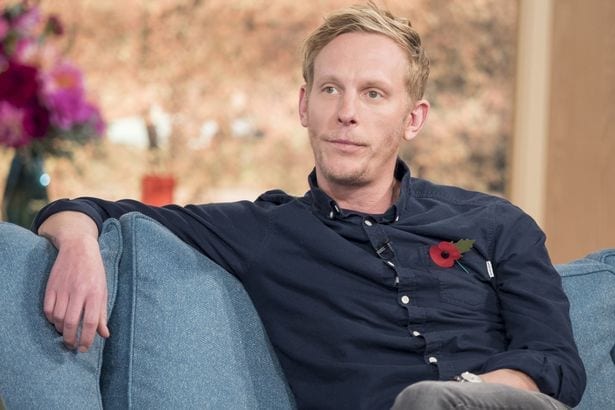 Don’t get me wrong, there’s nothing inherently bad about someone in the public eye sharing their opinion; It takes a lot of guts to expose your genuine thoughts to an often-critical public. There is, however, something so unbelievably self-righteous with the thought that your political opinion gets to be put on a pedestal because you’re good at something so inconsequential such as acting or music production.

There are hundreds of examples of cringy, celebrity call-to-action Oscars speeches and virtue-signaling twitter posts, each one of them more out-of-touch than the last. One of the best examples of these being that awful rendition of ‘Imagine’ we saw at the beginning of lockdown. Millionaires in their mansions trying to convince working people that everything will be okay during one of the worst economic crises in recent times is probably about as out-of-touch as you can get.

Having said that, although clearly missing the mark with their cute song renditions or ‘rousing’ political speeches, I can’t really prove that they’re doing anyone any harm. I’m sure Gal Gadot hasn’t caused drastic political upheaval with the ‘Imagine’ music video she put together, although, technically, her singing might be considered a war crime.

The main problem for me comes when those same celebrities start inserting themselves as ‘experts’ on sensitive and complicated topics, such as race-relations. One of the largest perpetrators of this crime is none other than our privileged, nepotistic friend Laurence Fox.

To be completely honest, Fox was one of the last people I thought would delve into the world of politics. Despite his Harrovian background he, unlike his contemporaries, does seem to have some sort of self-awareness. He was even quoted in an interview saying ‘This is why you don’t get actors involved in chats [about race] like this. Because I’m just not smart enough to do it.’

So, we know that Fox realises that he shouldn’t be putting himself front and center of the race conversation. Unfortunately, this means we have to ask the question, ‘Why on earth does he continue to do it?’

His first little dip into the world of class and race issues came in January 2020. To a live studio audience at BBC Question Time, he told a black woman that talking about racism in the context of Meghan Markle was ‘boring’.

He was confronted by his brother-in-law Richard Ayoade on his comments who angrily told him “You have never encountered racism”, to which Fox replied that he had in fact experience racism whilst working in Kenya and found it to be ‘deferential’.

From this point on Fox could be regularly found on talkRADIO, chatting with the ever so cumbersome and intellectually stunted Julia Hartley-Brewer on the very topics that he himself said he wasn’t ‘smart enough’ to talk about. The opinions he expresses on this show are, for the most part, quite lazy and boring – he’s a very run-of-the-mill ‘anti-wokey’. Imagine the classic ‘I’m not racist, but…’ family member at the Christmas party except he went to Harrow which, arguably, makes it more obnoxious.

Of course, when the BLM protests started in America and ‘#BlackLivesMatter’ was covering Twitter, Fox just HAD to butt in again where his opinion clearly wasn’t needed. He tweeted: ‘Every single human life is sacred #AllLivesMatter’

Not only is he, like everyone else stupid enough to defend #AllLivesMatter, fundamentally missing the point by using this seemingly innocuous phrase; he is yet again proving himself one of the greatest hypocrites of 2020. I’m assuming that his tweet professing that all human life is sacred doesn’t include anyone who dares identify as something other than their biological sex or the trans women whose ‘agenda’ Fox attacks as ‘misogynistic’.

Predictably, when confronted with arguments that go against his views Fox resorts to the classic ‘you’re just a leftist wokie haha lol’, no matter the validity of the claims being made against him. I have no doubt that this is why he almost exclusively appears on programs whose presenters already agree with his points of view.

I think that, deep down, Fox truly knows that he’s not smart enough to properly defend his ‘alternative’ arguments. The man who says he strives for ‘polite discussion’ does so only to use as a defense mechanism to allow him to dis-engage in debate when clearly out of his depth.

‘You’re not being polite anymore, so I’m not going to talk to you’ is the gist he portrays as he casually denies that the BAME community are not treated differently to white people by the state or by the police. A denial which, rightly, angers those who have experienced firsthand the racial disparity in their everyday lives.

Despite Fox’s buffoonery, I can’t help thinking that maybe at the end of the day, I’m the real problem? Maybe me, and people like me who write and talk about Fox and his god-awful opinions are the ones who give his stance so much validity? After all, there’s very little reason that an actor, of all people, should be given so much attention for talking about a topic that they obviously don’t have the first clue about.

We should probably stop taking the opinions of ‘celebrities’ so seriously. Celebrities, for the most part, are just normal people who got lucky – unless you’re Laurence Fox and you were able to go to RADA on a whim because daddy was a famous actor. Let’s take celebrity opinions with about as much salt as we’d take from Uncle Brian on Facebook, which is to say, about a grain.