As one of the most notorious films in cinematic history, the expectancy set that precipitates The Exorcist has instilled its place in popular culture. Alexander O’Philippe—known for his documentary essays on classic films such as Psycho—in his sixth feature Leap Of Faith handles an intimate viewing of the internal processes behind the most highly mythologised horror films of all time.

A documentary on a film such as The Exorcist requires minimal embellishment, with O’Philippe taking a sit-down approach with director William Friedkin with sporadic visual cuts to accompany Friedkin’s visceral storytelling. Friedkin’s opening iteration begins: “The word possesses more s’s than any other word possesses.” Whether factually correct or not, the harsh consonance of the sentence establishes Friedkin’s tonal ability as a storyteller through his words and his films. So begins the uncharted depths of William Friedkin’s mind’s eye, the nuances of his filmmaking and the ruminations of faith and fate that shape the narratives of his life and filmography.

If you think towards the mainstream horror genre now, blockbusters tend to rely more on abrasive visuals and psychological shock tactics. O’Philippe’s unpicking of Friedkin’s process reveals a much more nuanced approach, with a nod to Rembrandt’s paintings and Hitchcock. In fact, following a showing of Citizen Kane in his youth, Friedkin recounts “when I left the theatre [..] I thought, I have no idea what this is but that’s what I’d like to do”.

As the title may suggest, much of Friedkin’s filmography centres around a preoccupation with the fate vs faith debacle. Although, as he recounts, this becomes more than simply a philosophical inquiry, abating the elusive ‘Movie God’ as shaping much of the film’s process. Friedkin recounts how “there’s serendipity connected within all the films I’ve made, but nothing like The Exorcist”. From the recasting of the much-desired role of Father Damian Karras to playwright David Miller to the discovery of Mike Oldfield’s iconic “Tubular Bells” motif, Friedkin believed that “there were forces beyond me that brought things to that movie, like offerings.”

With a film like The Exorcist which has encountered countless autobiographies and academic interpretations, there is little new ground to tread within the feature. However, Friedkin’s ability to fixate the audience through his visceral storytelling engages with just why The Exorcist is still of fascination today.

One of the most insightful aspects of Leap of Faith is the way it discusses how music shaped the tone of the film, as Friedkin references “The Exorcist as a cinematic sound museum.” Much of the musical accompaniment reflects the raw and organic tone which makes The Exorcist so resonant, such as the opening sequence which was shaped by the rubbing of a wine bottle,  as the “music built layer upon layer”. Friedkin’s attentiveness to auditory effects is further represented by the recount of how the demon which inhabits Regan’s body comes about. As anyone who has watched The Exorcist knows, the demon voice is most unsettling in its the ability to inhibit both human and non-human idiosyncrasies, straddling the mortal and the supernatural. After desiring a gender-neutral voice to play the demon, actress Mercedes McCambridge was hired, which included a bizarre process involving smoking, alcohol, raw eggs and being tied to a chair.

Perhaps the most shocking revelation is that Friedkin does not care for the ending of his film, despite previously stating “I didn’t question my instincts.” However, the ending of O’Philippe’s film essay finishes on Friedkin’s account of a Kyoto visit manifesting his own personal grace note. It perfectly summarises the director’s ability to intertwine the natural and the supernatural to guide the narrative of his filmography. His art is not simply a separate entity which exists within the constraints of genre.

Leap Of Faith is, then, a film essay which offers a deep philosophical and artistic insight into The Exorcist. It fulfils a niche position which will not fulfil audiences hoping for juicy behind-the-scenes information to further the conspiracy. There is no mention of the controversies surrounding the production or the film, or the weird occurrences surrounding the aftermath of production. However, as a director, O’Philippe further highlights his eye for uncovering new and uncharted territory for some of the most influential horror films of all time.

Leap Of Faith is available on Shudder from 19 November. 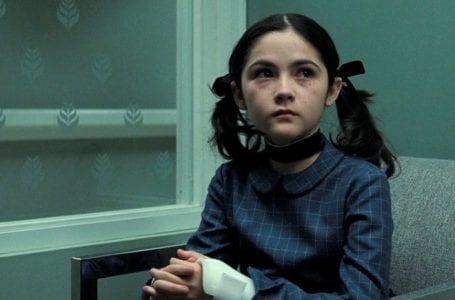 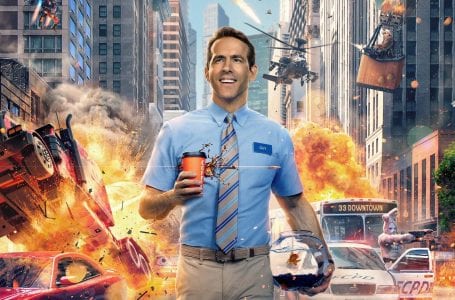