Why I’m In Favour Of The Pre-Breakup Haircut

How the Media Played Its Part in the Capitol Riots

Television and the Return of TV News 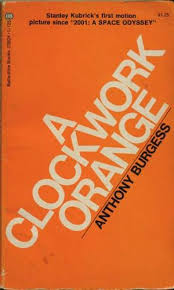 The pinnacle of ‘it’s not the story, it’s the way it’s told’, Anthony Burgess’ phenomenal dystopian creation can be described as nothing but proper horrorshow. Possibly the most conflicting novel I have ever read, the entire book is a work of genius. While, yes, vulgar and obscene, there is a true beauty hidden underneath the violent explosions of the text. The beauty of language. Manipulation and destruction are seen not only by Alex and his droogs but Burgess himself. Deconstructing two languages and merging into a form of modern, dystopian slang in such a ruthless but meticulous way ultimately presents the reader with the ultimate dilemma in which Burgess’ exploitation of language has brainwashed them into connecting with a character that’s favourite pastimes include rape and gang violence; the relationship between reader and protagonist develops as your understanding of the language does.

This novel not only made me question my morality and values but also made me understand the true power and influence that literature can hold. It was not only intensely interesting and a great story but a landmark in my literary development, showing me the true potential of fiction.