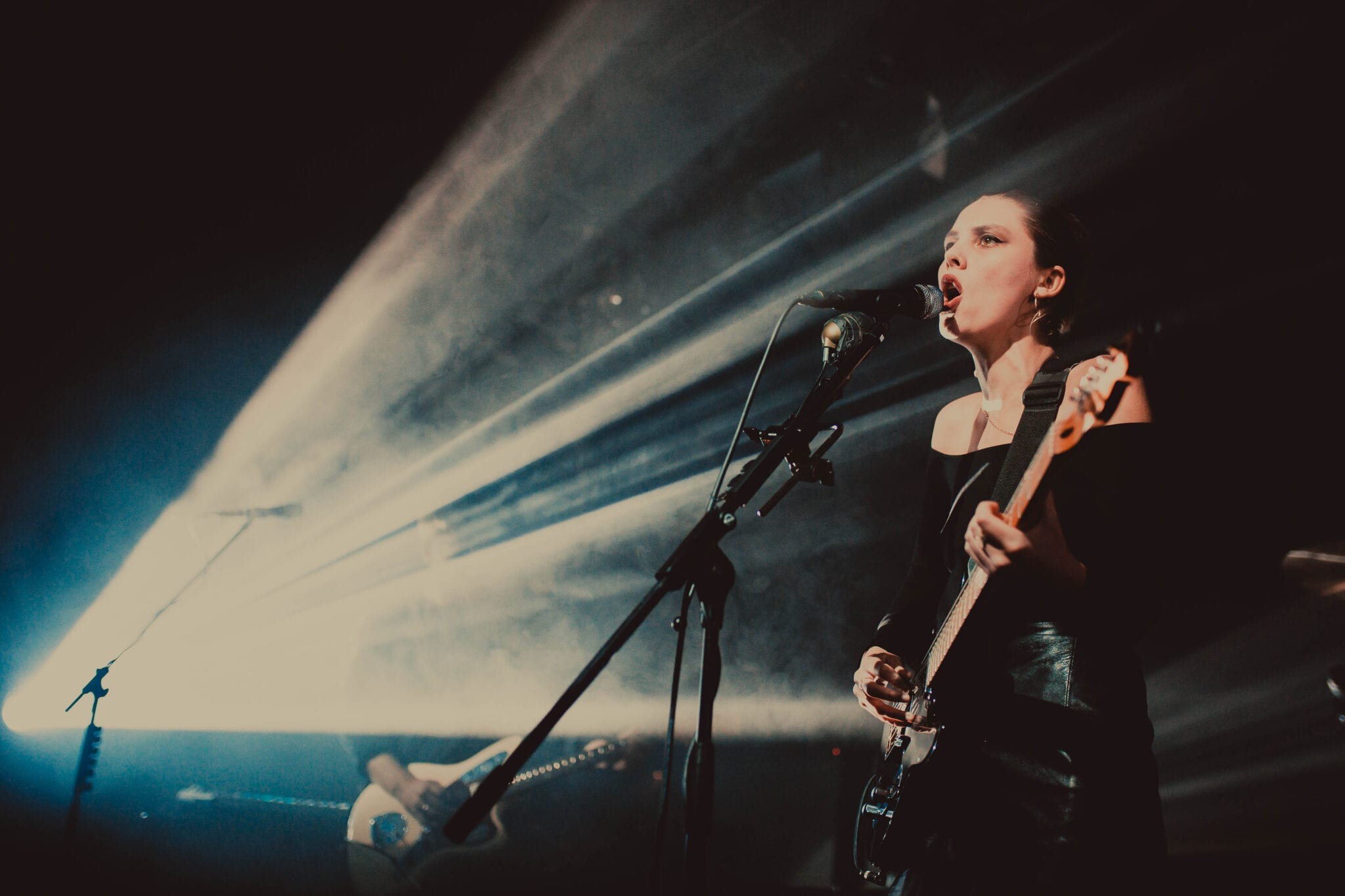 The Barrowlands: one of the better music venues to exist. The renovated ballroom recently hosted a weekend’s worth of Wolf Alice, with a sold-out Saturday show and a less crowded Remembrance Sunday slot. The London band visited Scotland and told us they love it up here, intricately weaving EPs and albums, complete with breaks and triumphs, resulting in a wonderful show.

Opening with ‘Heavenward’, Visions of a Life’s first track, was a debatable decision. The slow, steady song, poetically discussing death and loss, enticed the audience into a false sense of slowness. Never predictable, ‘Heavenward’ is beautiful, but it lacked in being the stand-out opener that was expected. ‘Yuk Foo’ followed, its antithesis, breaking all the reservations ‘Heavenward’ created. But it wasn’t until the whispered opening lines of ‘You’re a Germ’ that the show truly began; the band found its stride, the audience began to dance, and forged was the start of a mesmerising few hours.

Followed was a section of the band’s more intricate, emotional songs. ‘Your Loves Whore’, ‘St. Purple and Green,’ ‘Don’t Delete the Kisses’ and ‘Formidable Cool’ contain similar paces, allowing Wolf Alice to present their musical talent uninterrupted. The stand-out performance of this section, if not the entire gig, was ‘Don’t Delete the Kisses’ – the song lead-singer Ellie Rowsell described as her “balls out motherfucking love song bitches” on Twitter, upon the album’s release. The spoken-word verses, added to the chorus that can only ever be belted out, was note-perfect, and the ever-stunning sound made for the highlight of the show.

If ‘Don’t Delete the Kisses’ was the highlight track of the show, the combination of ‘Silk’, ‘Lisbon’ and ‘Planet Hunter’ was a close second. They combined the lovelier songs from My Love is Cool and Visions of a Life, dropping the pace of the show and astounding the audience. The dream-pop elements of the band’s complicated catalogue of songs triumphed here, beginning with the haziness of ‘Silk’, bursting forth the band’s talent in ‘Lisbon’ (my favourite song), and ending the section with ‘Planet Hunter’ – reminiscent of New Year’s Eve and introspective, the space-themed track took the elements of the previous track and stood out as something quite magical. ‘Beautifully Unconventional’, the recent single, and ‘Sadboy’ followed on wonderfully.

The final songs before the encore were the 90s inspired ‘Space and Time’, fan-favourite ‘Moaning Lisa Smile’ and the ever-perfect ‘Bros’, followed by ‘Visions of a Life’ and ‘Fluffy’. All five songs balanced the internally questioning, musically spectacular, and eternally fun aspects of music Wolf Alice have perfected. The band truly shone in this final section. ‘Visions of a Life’, the final track on their latest album, is fragmented, with sections of music that shift and lyrics that contradict. It is honestly wonderful, but live it is something to experience. The encore was comprised of the two songs Wolf Alice are valorised for: ‘Blush’ and ‘Giant Peach’. Ellie’s vocals and Joff’s guitar mastery stood out in ‘Blush’, the song well-known and adored, and Theo’s bass and Joel’s drums were elevated in ‘Giant Peach’. Overall, it was a perfect ending to an almost-perfect show and a memorable night in the iconic Barrowlands.

Catch Wolf Alice on tour around the UK, North America and Europe in the next couple of months.