Last weekend I had the pleasure of chatting with Dundee-born creator of The Four Marys, Ava Hickey. We discussed her piece, as well as all things theatre, from the importance of women in comedy to some of the unexpected opportunities lockdown has created in the performing industry.

The Four Marys is a character led comedy production that follows Mary Queen of Scots’ four ladies in waiting—who, as the name suggests, are all called Mary—as they fight to be her favourite. The audience meet the characters when they are about eighteen, having just arrived back in Scotland after living in France from when they were infants. A combination of live monologues, interspersed with pre-recorded scenes is used by Ava to explore the characters.

“They’re all ridiculous,” Ava jested, explaining that the girls are fighting to be “the big boss favourite”.

“They all have different reactions as to how they feel coming back to Scotland. And they’ve been ‘frenchified’ as it were, so there’s a lot in that.”

Ava describes the production as “16th century Derry Girls” but “make it Scottish”. It was very exciting to see how Ava could draw such strong parallels between two such juxtaposing worlds; her 16th century ladies in waiting, and Lisa McGee’s 20th century school girls in Derry, Ireland. I asked Ava what aspects of her writing were directly influenced by McGee’s work.

“I think it’s the making things that are like so mundane and making them matter so much, making them so serious. So, something like ordering from the chip shop or going to a Take That concert, like it matters so much to these girls,” Ava explained. “These are so little miniscule moments in people’s lives, but they can make a whole episode about it. And that’s the type of thing that I’m really interested in and how each of those characters are so different and their situation brings them together.”

We discussed the modernised and reimagined personalities of the four Marys, which echoes the likes of Netflix’s Bridgerton, the popular period drama that exploded onto our screens earlier this year. This idea of “mixing the old and new” as described by Ava, appears to deeply engage today’s audiences and is prevalent in her other influences, which include Isobel McArthur’s Pride and Prejudice (*Sort of) .

With the help of Framework Theatre Company, the pandemic appears to have propelled Ava into her creative career, the antithesis of the reality for most who work in the theatre industry. The emerging digital age of theatre which the pandemic has enabled is described by Ava as “this other world of theatre that I’m so interested in and I feel like I’m getting a lot out of.”

“I’ve been really lucky as I don’t know how it’s happened,” she explained humbly. “The frickin pandemic has kickstarted my career in a way—I don’t understand!”

Something I was very keen to talk to Ava about was her experience as an emerging woman in comedy, as often there is still a negative stigma around female creatives. “I think women are hilarious,” Ava said. “I think that argument really is being proved wrong in the last few years”

Ava greatly credits women who have inspired her along her journey, including the likes of writer and actor at Dundee Rep Theatre Emily Winter, Artistic Director of Perth Theatre Lu Kemp and Director for National Youth Theatre Sara Joyce. Ava was “so amazed [at the] brilliant creative women”.

“They’re so smart, so great, so intelligent. It’s been an amazing way to become an emerging artist, to learn from women like that,” she added. “I think there is positive change, and I have to be hopeful.”

This admiration for creative women is rooted in the heart of Ava’s entire creative process as she discussed where her inspiration to use 16th century characters came from. She warmly articulated an anecdote of watching Reign with her friends—a TV series about Mary Queen of Scots.” She also explained: “My best friend (Dana) had made this amazing Elizabethan collar for her portfolio to get into art school.” She continued, describing the multiple photoshoots her and Dana did together. One beautifully poignant (and hilarious) moment in particular was when Ava described an image of Dana being captured sitting on the toilet in her mother’s 1980’s wedding dress, which served as vital inspiration for her piece. In addition to Ava and Dana’s creative antics, Ava heart-warmingly articulated the influence of her closest female friendship group which often appear to resemble the relationships seen of McGee’s Derry Girls, revealing them as another fundamental source of inspiration for The Four Marys.

“I take so much inspiration from my friends and the conversations that we have. They’re so witty, we have a specific banter,” she said. “We have jokes within jokes with things that we say, and so many bits in the piece actually, I’ve sort of taken from my friends or put in for my friends.” These affectionately illustrated and at times, fantastically creative moments, presented Ava with, as she described, a “relatively fully-formed” idea highlighting a very strong, wholly female influence which sits at the epicentre of The Four Marys.

Finally, I asked Ava to name her three favourite pieces of comedy. She chose Shakespeare’s Much Ado About Nothing—the piece she admits inspired her to pursue acting, Derry Girls, and lastly it was a toss-up between Schitts Creek and the phenomenal Fleabag confessing: “I have Fleabag moments in my life all the time!” and I cannot help but agree…don’t we all?

The Four Marys will be available to stream online as part of Framework Festival on Wednesday 5 May at 4pm, and Friday 7 May at 7:30pm. 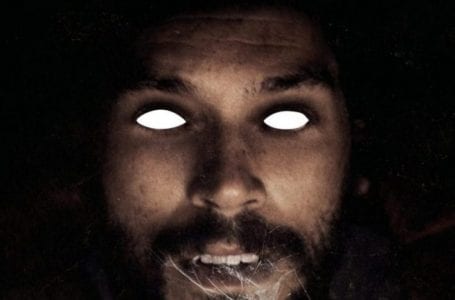 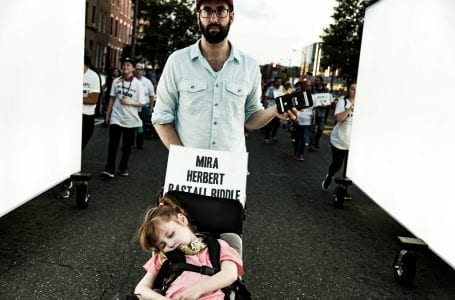