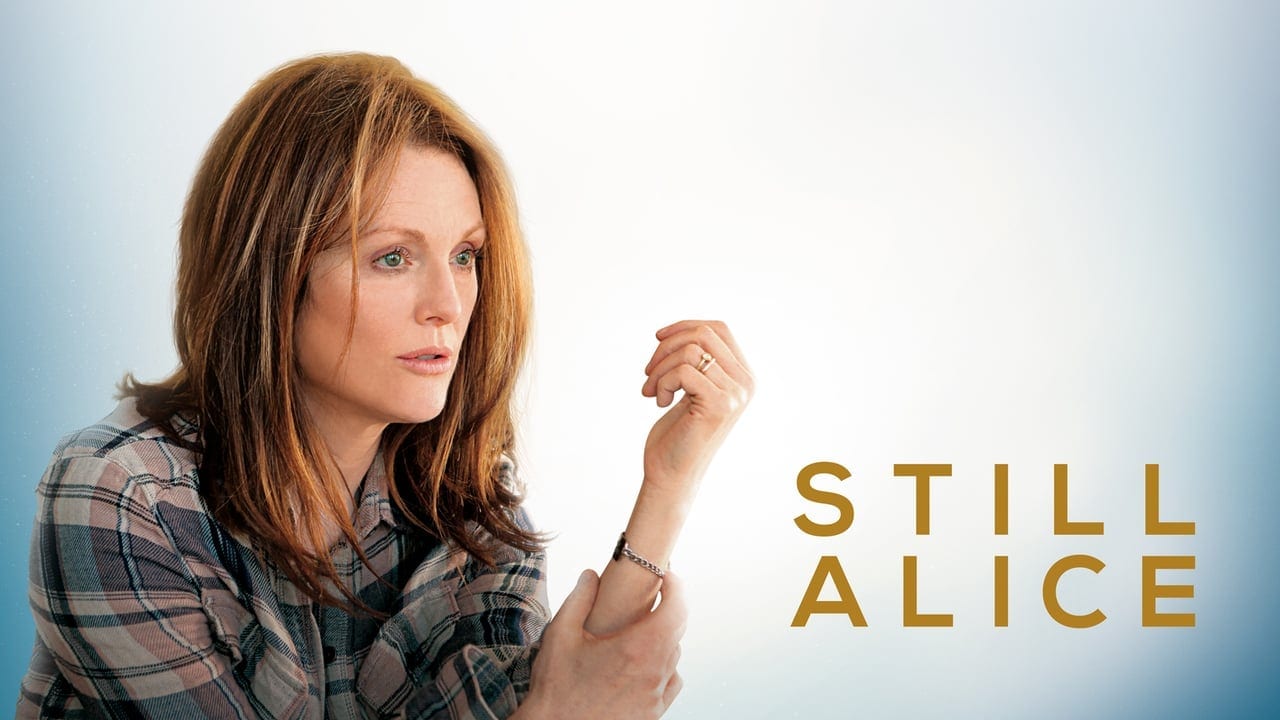 Summer is finally here! And we have some cracking films coming your way, on DVD and Blu-ray this July. Among the releases this month are an Oscar-winning drama, a surreal black comedy and two sweetly crafted animations.

Still Alice, which this year won Julianne Moore her long overdue first Oscar, is a film about a woman who goes from being a world expert and authority on linguistics, to not knowing how to navigate the places she’s spent her life in, and not knowing her own family. It’s a desperately sad but important portrayal of how Alzheimer’s disease ravages the best of minds in a cruel, uncompromising and unprejudiced way. Dr. Alice Howland (Moore’s titular character) thinks she can beat the disease – trick it, swerve it – because she’s highly intelligent and active and because she tests herself on the fundamentals each morning to prevent herself from succumbing to the illness. The power of Still Alice is in the realisation that she will succumb anyway.

Flanked by Alec Baldwin and Kristen Stewart, Moore gives a vulnerable, yet private performance. There’s the implication that Alice doesn’t want her life to be opened up to everyone just because her control on it is loosening – we see just fleeting glimpses of her struggling against something she can’t stop. It’s heartbreaking. Moore didn’t just have to play a character; she had to play a character who’s in the process of completely losing any sense of self, anything that defines them, which begs the question – what defines us at all? Watching Still Alice is an educational experience and you’ll certainly come away feeling like you have a greater empathetic understanding of what it’s like living with, or with someone who has Alzheimer’s disease. Keep in mind that  the co-director/co-writer Richard Glatzer, lost his life to ALS less than three weeks after his film was lauded with praise at the Academy Awards. Still Alice is so honest yet sensitive, dramatic yet real, that it can touch any viewer.

Focus is a fast-paced thriller, with plenty of action, comedy and romance, that is indeed, as Will Smith himself said in an interview, “a film that defies genre.” Nicki (Will Smith) is a con artist, following in his father’s footsteps and when we meet him, he is part of a whole group of criminals who work together to pull off big heists. These scenes make for a very entertaining screenplay, as well as the rather shocking realisation of how easily somebody can be caught off-guard – in fact it appears that our guard is never fully up. However in this first scene, it is Jess (Margot Robbie) who is attempting to con Nicki.

After some persuasion and a very cleverly put together sequence where she shows off her smooth, criminal talents, Jess is taken on my Nicki to learn the tricks of the trade on a bigger scale. Thus begins a turbulent relationship full of lies, twists and turns that will have you at least momentarily shocked. Margot Robbie who had her big break in The Wolf of Wall Street last year is equally as alluring in this movie. She and Will Smith have electric chemistry both as lovers and accomplices, which is a key driving force behind the film. If I had to describe this film in one word it would be fun. It keeps your focus without requiring too much brain power, making it the perfect post exam watch!

The Tale of the Princess Kaguya

The Tale of the Princess Kaguya is another of Studio Ghibli’s instant classics, it’s Oscar nomination for Best Animation and original artistic style of animation are enough to go out and buy this film on blu ray alone. When a farmer finds a tiny princess inside a bamboo tree, yes a bamboo tree. The farmer and his wife decide to raise the princess as their own. Like all Ghibli films, it has a strange magical twang to it, I’ve always found the best way to enjoy a film (Ghibli or not) is to assimilate the information it feeds you. Don’t stop and think ‘That’s weird.’ Just go with it. And in a film that represents Japanese culture wonderfully…This must be done every now and again.

The film is adorable and beautiful, both technically and in it’s storytelling. It reminded me of an old folk tale that may have been passed down from generation to generation, used a device to teach children the way of the world and important life lessons about happiness and personal growth. The animation is truly astounding throughout, it’s a moving picture in every sense of the word and it’s wonderful to look at. Kaguya herself is alluring and her interactions with the world and people around her only make her that much of a marvel, as a viewer you just want her to be happy and for no one to pollute that innocence. Which in turn makes some moments when Kaguya is forced to become a ‘real princess’ a real stab in the heart. There aren’t any downsides to a film like this except it can feel lengthy at times, especially at the start when you don’t really know what the goals of the film are. Minus the running time of 2 hours and 17 minutes, The Tale of the Princess Kaguya is masterful Japanese story telling, animated story telling and just story telling in general, a finely perfected art. A film that promotes peace, nature and happiness (it’s remarkably bhuddist), it would be immediately loved by teenagers of our generation and below if it had the wide release most Disney films have.

The Tale of the Princess Kaguya is available to buy from 13th July 2015* | Words: EM

Ryan Reynolds stars in Marjane Satrapi’s psychological thriller/black comedy, The Voices. In the film, Reynolds plays an upbeat man called Jerry, who frequently suffers from severe hallucinations at the bathtub factory where he works. His hallucinatory episodes lead him to have several conversations with his pet dog, Bosco and his cat, Mr Whiskers (both distinctively voiced by Reynolds). During the preparations for a staff barbecue, Jerry meets Fiona (Gemma Arterton) and asks her on a date, only to be stood up in favour of a karaoke party. When Jerry later finds her hitchhiking on the road however, a series of accidental events occur, leaving Fiona dead and her blood on Jerry’s hands…

To say this film is surreal would be an understatement. While the merging of horror and comedy is an all too common occurrence these days, this film goes the extra mile, and is all the more weirdly enjoyable for it. Reynolds gives a brilliant and multi-faceted performance, while Arterton, Anna Kendrick and Jacki Weaver provide strong, yet likeable female support. If you’re feeling in a weird sort of mood, where you’re not sure what you want to watch, this film might well be for you.

DreamWorks’ latest animation, Home, is a warm and entertaining story about friendship, family and a sense of belonging. The film follows an excitable little alien called Oh (voiced by The Big Bang Theory‘s Jim Parsons) who belongs to an extra-terrestrial race known as the Boov. For centuries, the Boov have been fleeing from planet to planet in order to escape their enemy, the Gorg. Led by Captain Smek (Steve Martin), the Boov decide to infiltrate Earth as their new home. Oh is eager to settle in to his new home, and hold a housewarming party for his fellow Boov. However, something goes wrong and Oh ends up inviting everyone to his party – including the Gorg.

On the run from his angry kin, Oh meets a pre-adolescent young girl named Tip (Rihanna), who is searching for her Mother (Jennifer Lopez) – who was transported somewhere in the midst of the Boov’s infiltration. Along with Tip’s cat, Pig, the pair go off on a journey to find Tip’s mother and stop the Gorg from attacking Earth – becoming friends along the way. This film is very sweet, and has some really funny moments – mostly courtesy of Parsons’ vocal performance as Oh. Given it’s pop-star filled cast, the film naturally also has a pretty good soundtrack.